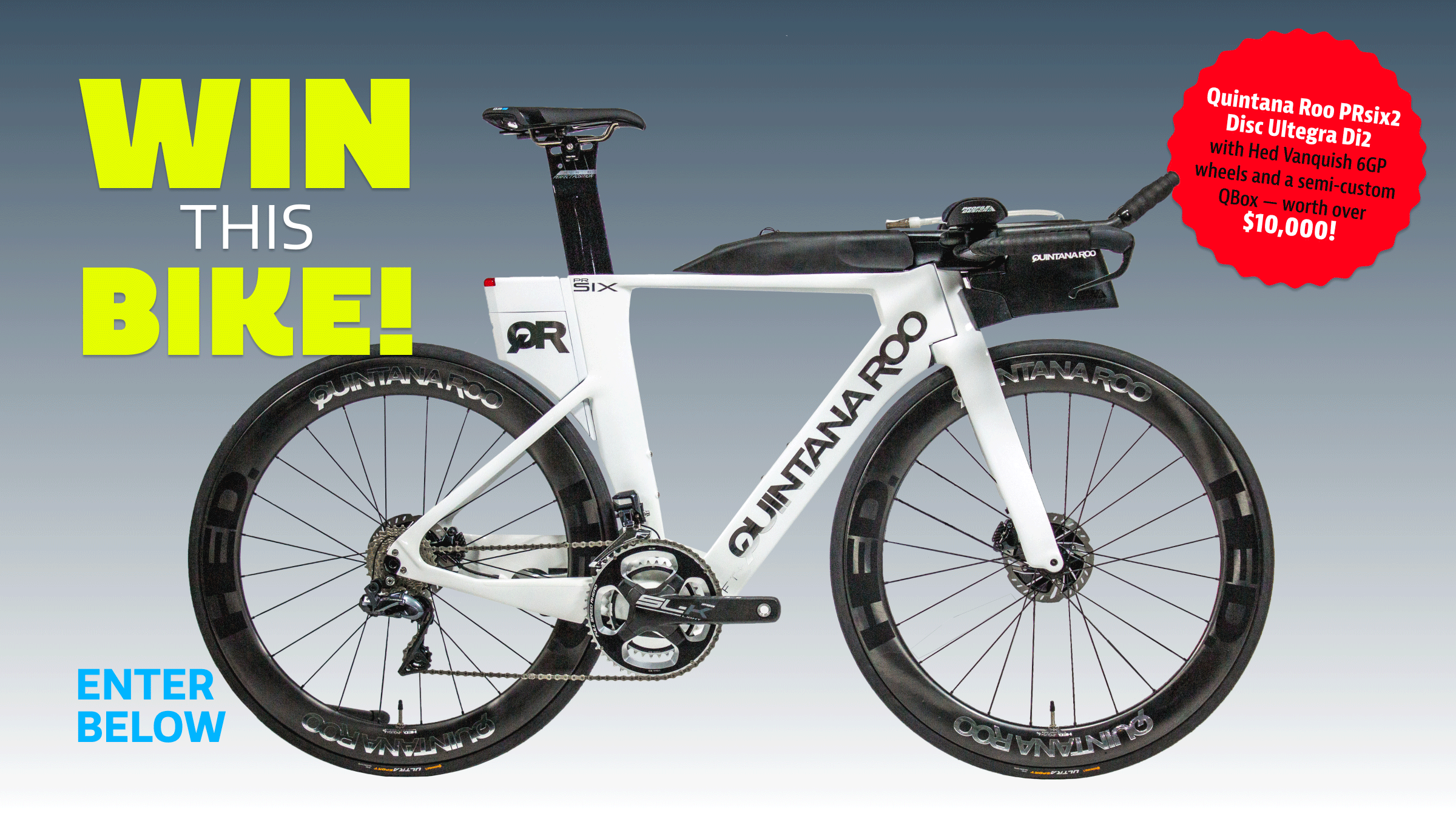 THIS CONTEST IS NOW CLOSED. Thank you for your interest. We will announce the winner next week.

You may have won this Quintana Roo PRsix2 triathlon bike! Featuring an Ultegra Di2 drivetrain, disc brakes, and Hed Vanquish 6GP wheels, Quintana Roo’s most advanced triathlon bike is worth $10,495, making it the most valuable bike we’ve ever given away in our annual contest! The lucky winner will choose their bike size, crank length, and the paint color of the bike’s signature QBox.

The Quintana Roo PRsix2 is featured on the cover of Triathlete’s first-ever Design Awards issue. In our March/April issue, our expert panel has recognized 20 product innovators for excellence in design. We considered the most exciting and impactful people and products of the past year to see who has excelled. Triathlete’s Design Awards issue mailed to subscribers on February 18, pushes to digital subscribers on February 25, and releases on newsstands on March 10.

Not a Triathlete subscriber? You can still see the best designed products in multisport! Single copies of Triathlete’s March/April Design Awards issue are on sale and shipping now from velopress.com and will be available at U.S. magazine newsstands on March 10 and online on the Triathlete app, ZINIO, Amazon Kindle, Readr app, and Google Play on February 25.