The right way to recover? Depends where in the world you are.

Western hemisphere physios of yore saw the body as an organization of bones, muscles, fascia, and nerves, so bodywork that originated there, like Swedish massage, attempts to heal and realign those parts.

Eastern folk saw the body as a vessel of energy and breath. Bodywork that grew out of that philosophy, like acupressure, sought to open blocked energy pathways and restore balance.

Here’s a quick look at three types of bodywork from around the world—three philosophies—that can be used as prevention during training or for recovery from an injury or race.

Shiatsu is based on theories of acupuncture and Chinese medicine that were imported to Japan around roughly 5 AD. According to Cari Johnson Pelava, director of Centerpoint Massage & Shiatsu Therapy School & Clinic in Minneapolis, a system of energy, “qi,” runs through the body on pathways, and along those pathways lie points where one can access that energy. Symptoms like pain or fatigue are said to be caused by an imbalance of energy. By applying pressure, kneading, and stretching, a shiatsu therapist can restore the body’s energy balance.

“We’ve worked with triathletes pre-event and post,” Johnson Pelava says. “Pre-event, we’ll focus on tonifying energy so that it’s most accessible to the athlete on event day. We’ll do stretching, hip rotations, and other range of motion work to open energetic pathways.

“Post-event, we’ll work deeper to pull that energy that’s been depleted back.”

Tanya Boigenzahn, director of Devanadi School of Yoga and Wellness in Minneapolis, says Thai yoga bodywork can help athletes with flexibility, alignment, and breath control, as well as their mental game—mood, concentration, and confidence.

Thai yoga is accomplished in a one-on-one session with clothes on. The therapist moves a passive client through positions, stretching tight areas, and encouraging range of motion and mindful breathwork.

Boigenzahn says Thai yoga helps optimize training pre-event and eases recovery afterward: “Athletes can expect to have a quicker bounce back time, as well as less discomfort after a tough event.” 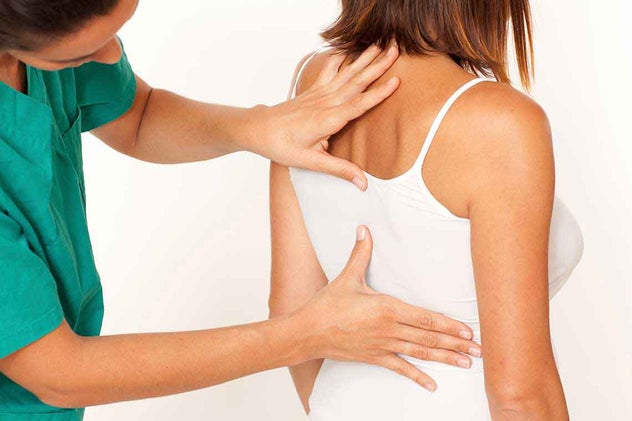 Origin: USA
Ida Rolf thought that pain, inefficient movement, and imbalance were the result of the body being improperly organized around its axis. In New York City in the 1940s, Rolf began reorganizing client’s bodies by manipulating fascia—the connective tissue separating muscles and other organs—which developed into the therapeutic approach called Rolfing Structural Integration. “It’s a combination of participatory bodywork and active experimentation with body movement education,” says Kevin McCarthy, an advanced Rolfer with In Form Rolfing in Minneapolis. “We teach clients how to be aware of and work with their body for better function.”

Because it involves education, Rolfing is not a one-and- done—the treatment is usually a series of ten sessions.

Rolfing is a holistic approach that seeks to find the source of the dysfunction, rather than merely treat the symptom. “Participatory” is a key word, McCarthy says: “Unlike most forms of massage where you’re lying passively on a table, we’re asking, ‘Can you stand up using the outside of your leg? Do you notice the difference in how that feels?’ We’re using the body to repattern the brain.”

Your Guide to Overcoming Performance Slumps

Ask a Trainer: What are the Best Back Stretches for Triathletes?

The Right Way to Calculate Calories Burned in Training

The Complete Guide To Yoga For Triathletes