Despite more than a century of inquiry into human endurance, research is still frustratingly scant on how women’s bodies adapt and peak. But that’s starting to change, and fresh discoveries could usher in a new era of unprecedented female performance.

On the first viciously hot summer day, when my husband and I launch into a set of half-mile repeats, I finish each interval a few steps behind him.

It’s weird—and maddening—because (sorry, honey) I can best him in every other season.

Don’t you feel like you’re going to die? I say, my heart hammering and my vision blurring around the edges.

Not really, he says calmly before beginning again.

For years, I assumed that the heat just messed with my head; that I was underperforming because “I hate this” mental muck had sucked my legs down with it. But I assumed wrong. It turns out there’s more to it than a lack of mental fortitude; my gender could play a role in how I respond to the heat. 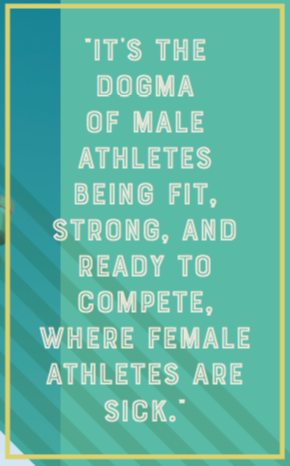 Women and men are different (Pulitzer, please!). But endurance science hasn’t always kept that critical fact in mind. “It’s the prevailing problem in all biomedical research, sport science not excluded,” says Stacy Sims, who has a doctorate in environmental exercise physiology, and sports nutrition. Sims is an exercise physiologist and nutrition scientist who has been leading the charge for more research on women for 20 years. All too often, researchers test a hypothesis on a group of men, then extrapolate the results out as pertinent to all, regardless of sex. The result is that a lot of what we know about training and adaptation should be amended with an asterisk and the caveat: *for men.

How big of an issue is this? In 2014, a review published in The European Journal of Sports Science looked at 1,382 peer-reviewed studies from sports science and sports medicine journals. It found that, on average, women made up just 39 percent of study subjects. In 2016, Bethany Brookshire, a writer for Science News, built on the 2014 review by tallying the number of studies that included women in two major academic journals: Medicine and Science in Sports and Exercise and the American Journal of Sports Medicine. She found that 42 percent of the study subjects were women, which seems like an improvement. But she also found that, while 27 percent of studies were done only with men, just four percent of the research was female-specific.

To get an understanding of why women have traditionally been left out, some historical context helps. “Much of exercise science got its dawn from research interests specific to improving military readiness,” says Chris Lockwood, an exercise physiologist who has worked on dozens of published research papers and has navigated the crazy world of funding for years. Since traditionally soldiers—especially those in combat roles who needed supreme fitness—were men, using men as subjects just made sense. “But the military—at least the U.S. Armed Services—is no longer the predominant funding source behind endurance-specific research in the U.S.,” adds Lockwood. Now researchers piece together funding from public and private grants, and sports institutions and brands themselves, like Gatorade and the NFL. Even if research was still primarily aimed at military preparedness, women now serve in combat roles and are permeating even the most physically demanding sectors, like the Army Rangers and the Marine Infantry units. Research should reflect that fact.

And then there are the logistical issues of using women as study subjects. Lockwood points out that endurance science research can be awkwardly intimate. “Most exercise studies will require exercise and body composition assessments. For body comp testing, the subject is nearly naked,” he says. Also, tests can spanhours and hours, especially if you’re eating then doing a time trial. Lockwood argues that if you want to add more women to your study, offering free childcare might be necessary. Finally, there’s that pesky period problem.

In a 2017 editorial published in the British Medical Journal, the authors wrote that mainly women have been excluded from research because they’re seen as “more physiologically variable.” In other words, scientists have figured out how to replace heart valves with robotic technology, but figuring out how to navigate women’s monthly cycles while designing a study is still, to this day, deemed too difficult a problem to bear.

Plus, many researchers simply assumed that women were similar enough that it didn’t matter. Or that since men were the ones performing at the highest levels, research on them was somehow more important.

Anecdotally, Sims has been well aware of the fact that women-only research is hard to get approved and funded. “I’ve heard several times in my career, ‘Why do you want to study women, we don’t know enough about men!’” she says, adding that she’s currently fighting for money to do research on a group of female Olympians, while the same exact research has already been funded for their male counterparts.

But those arguments are ignorant at best. Women are participating in endurance sports in record numbers. The 2015 RunningUSA Runner’s Survey found that women make up a whopping 62.4 percent of the running public. And according to USA Triathlon, there are now more female membership holders than in any other point in the sport’s history. Furthermore, 44 percent of collegiate athletes—the Guinea pig pool researchers tend to draw from—are women. If a researcher isn’t studying a sex-specific subject but chooses a group of men for their test, it’s not because the researcher couldn’t find any women willing to help.

The Culture of Weakness

If there is an area where women are overrepresented in sports research, it’s in papers on the female athlete triad. This is a condition where an energy deficiency causes changes to hormone levels. If left untreated, it can result in lowered bone density and a notable drop in performance. It’s a serious and important issue that female athletes need to be aware of, but it’s been studied disproportionately more than any other subject related to female athletes—there are 19,800 hits when you search the term on Google Scholar—and the result of that deluge of triad research has deeply colored our view of female endurance athletes.

Here’s the real rub, though. Although the condition has been known as the female athlete triad for years, men are susceptible to the condition too. However, “It’s more difficult to detect in males,” explains Dr. Michael Fredericson, M.D., the team physician for Stanford Intercollegiate Athletics. With women, there’s a clear physical cue when energy demands aren’t being met for a prolonged period of time: They lose their periods. For men, though, the symptoms can be subtle, like a loss of libido or the loss of a morning erection. Those can be embarrassing things to ask a doctor about. Add to this the fact that men are less likely to go to the doctor anyway, and it’s no wonder the condition is being diagnosed much more frequently in women than in men.

Just like in women, a long-term energy deficiency in men translates to long-term consequences including decreases in bone density and increased risk for stress fractures. Numerous studies have shown that competitive male cyclists often show decreased bone density compared to their non-cycling peers—not simply because cycling is a non-weight- bearing sport—so this problem is real. The condition is now known to be common enough in men that the International Olympic Committee put forth a paper in 2014 suggesting that the female athlete triad be renamed RED-S, for Relative Energy Deficiency in Sports. Still, major media outlets regularly publish handwringing features about the “female athlete triad,” managing to ignore an entire sector of the population and fueling further gender norms about women being the weaker sex, all at one time. 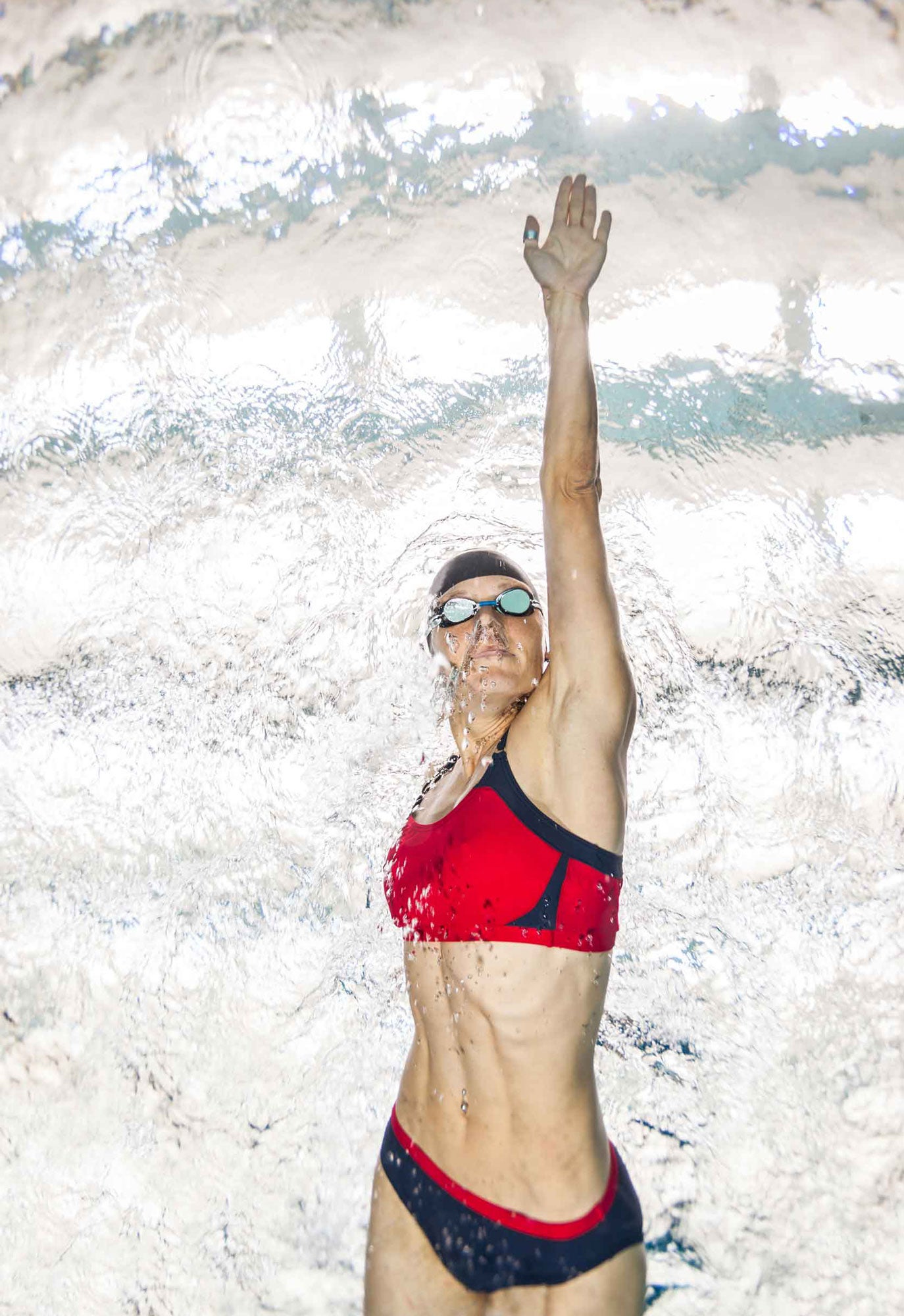 The Research That Made It

For every researcher reluctant to recruit women for their work, there’s a researcher fighting for dollars and journal space for women-centric studies. So, we actually know quite a bit about how those of us with two X chromosomes differ from those with an X and a Y. In 2016, Sims published an entire book on this topic, entitled Roar: How to match your food and fitness to your female physiology for optimum performance, great health and a strong, lean body for life. We asked her to walk us through the biggest ways women endurance athletes split from their male peers. First up, something I knew anecdotally from running with my husband: Women take longer to acclimate to hot weather.

A 2014 study in the Scandinavian Journal of Medicine and Science in Sports found that women didn’t respond particularly well to short term heat acclimatization (five days), but did better after 10 days. They may also underperform on hot days if in a “high hormone” time (like the days right before their period), writes Sims in Roar. “Progesterone elevates your core temperature, so you’ll feel hotter to begin with. On top of that, lower blood volume during high-hormone days means it’s harder for your body to sweat and cool yourself.”

Next: Women’s cycles matter. Max V02 won’t change during a period, and neither will lactate threshold. In fact, during menstruation, women are actually hormonally in a good place to perform well (though they may have some GI issues). The highest estrogen and progesterone days of a cycle, which fall about five days before a period, are when things get toughest. The body won’t process carbs as efficiently and will have more trouble repairing muscle. Sims advocates for eating especially well during these days and reaching for foods that contain extra leucine and other amino acids.

On the topic of food, women need carbs. Sims writes that women on low-carb diets actually produce more cortisol, a stress hormone that can inhibit muscle repair, than men. She says that while women may see the men in their lives get shredded on a keto diet, women are more likely to just feel lousy and see a dip in performance.

Also: Women kick ass at long distance races and races at altitude. We’re seeing more and more women take the overall wins at ultras. (Remember when Chrissie Wellington took second overall at her first ultra last June?) This is due in part to women’s enhanced ability to metabolize fat. But their ability to pace well comes into play too. A study done by the organization RunRepeat found that women were 18.6 percent better at running the same pace at both the beginning and the end of a marathon. At altitude, men’s bodies gobble up carbohydrates while women seem to be able to better use fat for fuel, thus giving them an advantage—especially if it’s a long effort. If a woman wants to best her male friends, she should challenge them to Leadville or another high-mountain ultra. 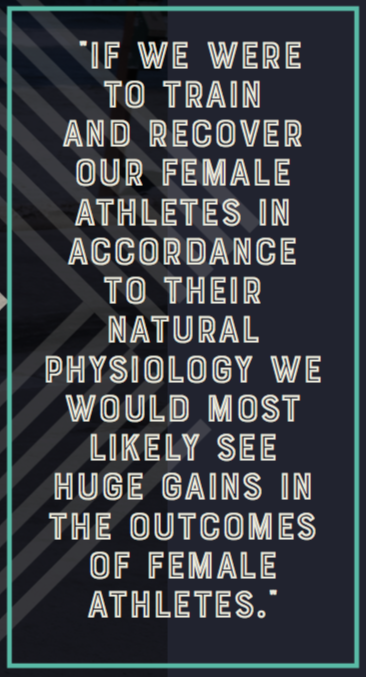 Finally, women may need more recovery time than their male peers. Blame hormones for this one, because unfortunately, women just don’t have as high a capacity for muscle synthesis. Women should remember to eat protein, try to sneak in an extra nap, and not feel any shame if they need more rest days than the men they train with.

There are still things we don’t know about female athletes, and that’s frustrating. But Sims says a new crop of researchers—including more women than ever—are pushing for more gender equity. That means female athletes can look forward to a future where researchers don’t shy away from the complexity of the menstrual cycle, but rather help women learn how to wield it for maximum training effect. And when that happens, we may witness an exciting surge in new women’s endurance records. “If we were to train and recover our female athletes in accordance to their natural physiology,” Sims says, “we would most likely see huge gains in the outcomes of female athletes.”

My First COVID-Era Triathlon: A Test of Body and Mind

Women in Triathlon: Where Are We Now?