Taking a peek at Cameron Wurf’s metabolic testing numbers will give you insight on training your own body to compete at its metabolic best.

In our three-part series, we get a look at exclusive insider data from former pro-cyclist-turned-Ironman-powerhouse Cameron Wurf. This week, Wurf and one of his coaches share the results of a recent metabolic series of tests with us—we explore how you can use his results to fix your own issues. In the previous installment, we got a glimpse at Wurf’s biomechanical data.

Throughout the series, we look at a treasure trove of data collected over a few test sessions both before and after Wurf’s third place at Ironman Zurich. We examine some rarely shared data that most pros usually keep guarded. We also bring in independent experts to evaluate the data and give tips on how you can use tests like his to make you better.

If Cameron Wurf’s biomechanical data (which we examined recently) told us how efficiently his bones, joints, and muscles were moving, metabolic data goes one step further—showing us how things are chugging along at the cellular level. “This is what we used to determine his fueling and pacing strategy for Ironman Zurich,” says Sebastian Weber, co-founder of INSCYD, a software platform that allows coaches to get granular with athlete data. And the results spoke for themselves. Wurf broke the bike course record and hit his personal goal of running a sub-three-hour marathon.

Before IM Zurich, Weber put Wurf through testing in the pool, on the bike, and out on the road and track. His particular focus was examining Wurf’s peak oxygen consumption rate (V02 max), his peak glycogen to lactate production (VLAMax), and his energy efficiency at different paces for all three sports. The results were a little surprising.

Testing was done via a mix of tools, including blood tests and capturing exhalations via the V02 Master. Each test was done at four different intensities, with five-minute intervals at easy and medium paces, and 2-4 minute intervals at hard and harder pace. In case you’re wondering how they use a mask while swimming, the answer is they don’t. Weber says if you slap the mask on the second the pool interval is over, you can reverse-engineer what your athlete’s V02max and VLamax likely were from watching the numbers recede. All of the data gathered was plugged into INSCYD, which then let Weber analyze it.

First, let’s talk about V02Max and VLamax and why they matter. The two are related, though too often “VLamax is overlooked,” Weber says. V02Max is the maximum amount of oxygen your body can use during exercise to create energy. “It’s a measure of your aerobic power,” Weber says. VLAmax, on the other hand, is the ability of your cells to burn glycogen to reduce power resulting in lactate which then feeds the aerobic system. “It is like two production belts: the one takes glycogen and transform it into lactate [defined by VLamax] and the second belt takes this lactate to make energy for locomotion out of it [defined by VO2max],” Weber explains.

While you want to have a high V02 max number, a high VLamax number may be problematic for an Ironman athlete. “What the body uses to produce lactate is glucose. So the more lactate you produce, the more glucose you’re burning,” Weber says. For a sprinter who wants to burn glucose like crazy in a 15-second dash, that’s great. But torching your glucose stores in the first four hours of an Ironman isn’t ideal.

Here’s what Weber found when testing Wurf. First: His V02Max (which was between 75-80 mL/(kg·min)), while good and in-line with other pro endurance athletes, was slightly lower than it was when he was a pro cyclist. One explanation could be fatigue, since Wurf has had a pretty intense racing schedule, but Weber says that Wurf didn’t feel like fatigue was a factor. Next, his VLamax numbers were higher than they should have been for an athlete of Wurf’s caliber, at .41 mmol of lactate production per second. “That was kind of surprising. We did a second validation test on the bike because we couldn’t believe the numbers we were seeing were true,” Weber says. 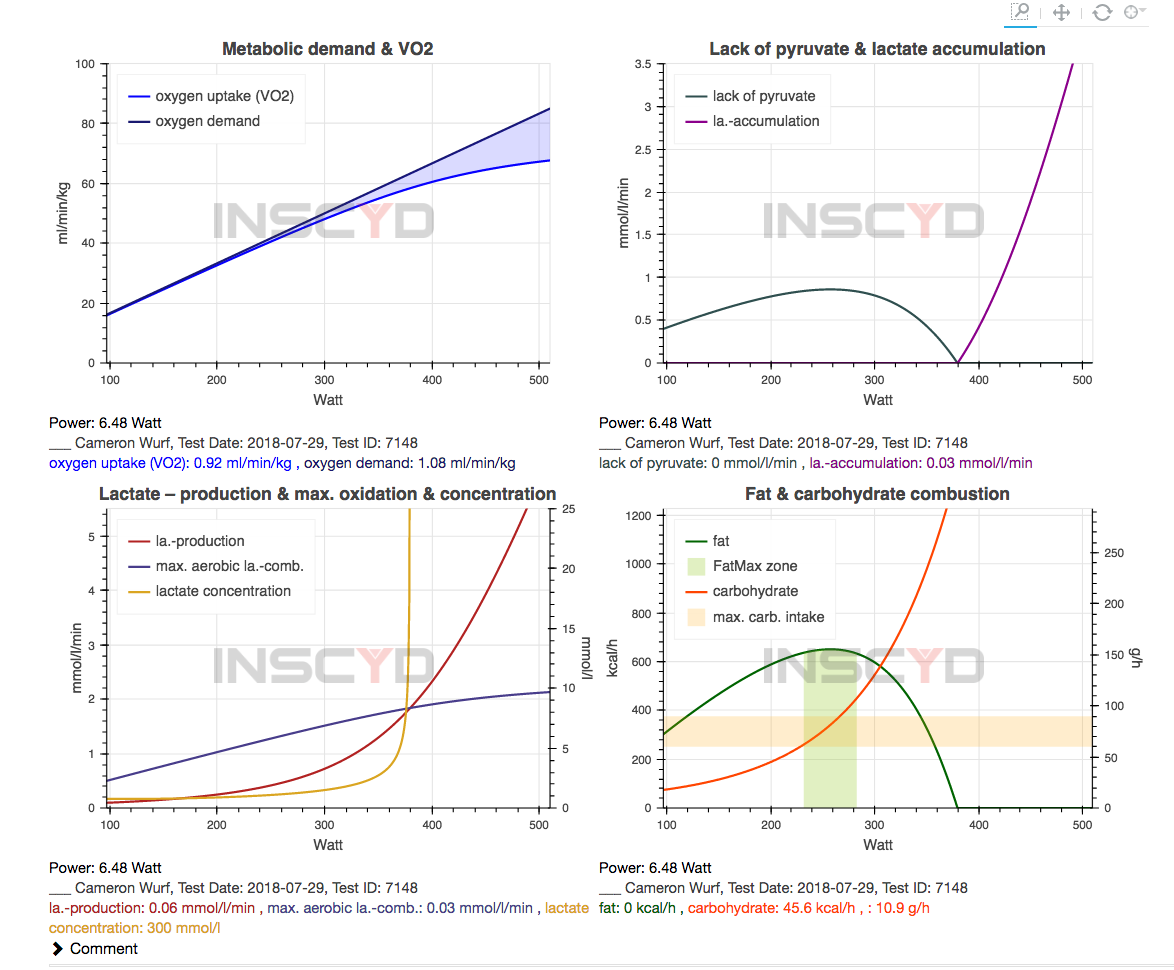 Let’s be clear: Wurf’s VLamax numbers are still better than those of pretty much any age-grouper. And, there’s a real silver lining to having high VLamax numbers. “It means there’s room for improvement,” Weber says. The same thing is true with his V02Max. Because they have a better measurement from when he was racing bikes, they know he can get even stronger.

The last set of tests Weber did with Wurf examined his metabolic efficiency and a range of paces for each sport. The idea here is to find the pace he can maintain with the least amount of effort—and to know exactly how much fuel he’ll need to consume at that pace.

“The data we collected in the first test really helped to verify what we’d estimated my optimal fueling strategy should be,” Wurf says. “Once I had the data from the testing it became so much easier mentally knowing if I consumed three gels per hour on the bike, drank some electrolytes to avoid cramping, and rode around 300 watts, I’d get off the bike optimally fueled for a solid run.” 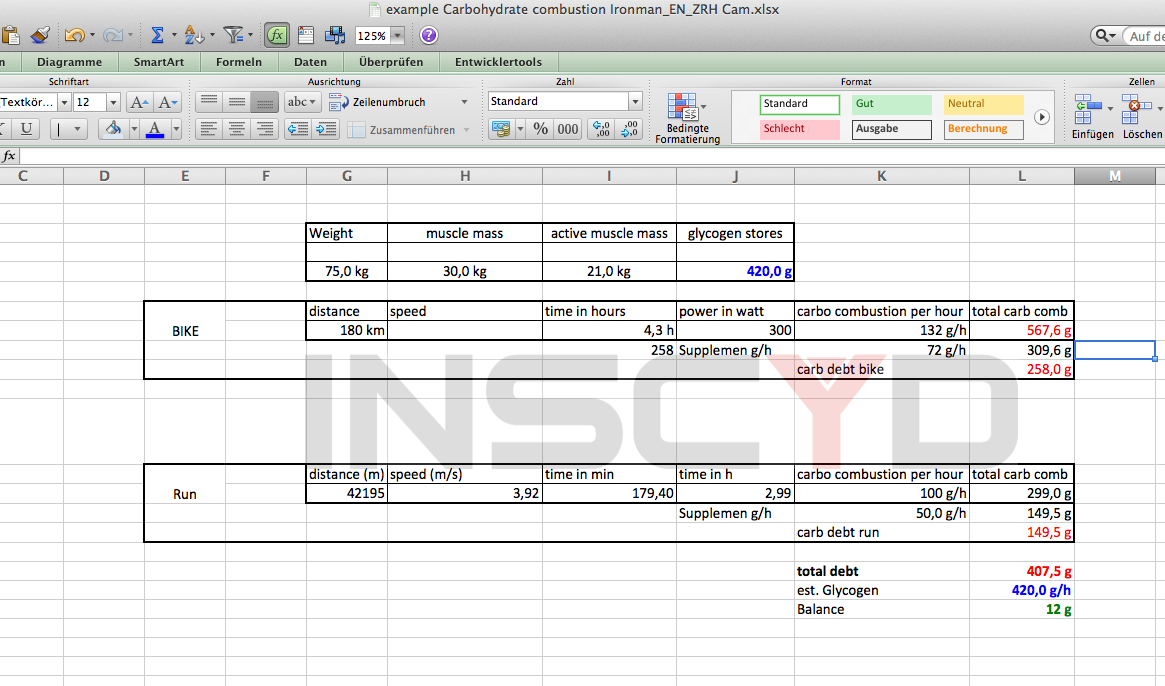 That’s what happened in Zurich. He averaged 302 watts on the bike, then ran his fastest ever marathon off the bike. “Mentally the race was really easy for me, as all I had to do was believe in the science, it really simplified everything and delivered the exact bike and run split we estimated it would,” he says. 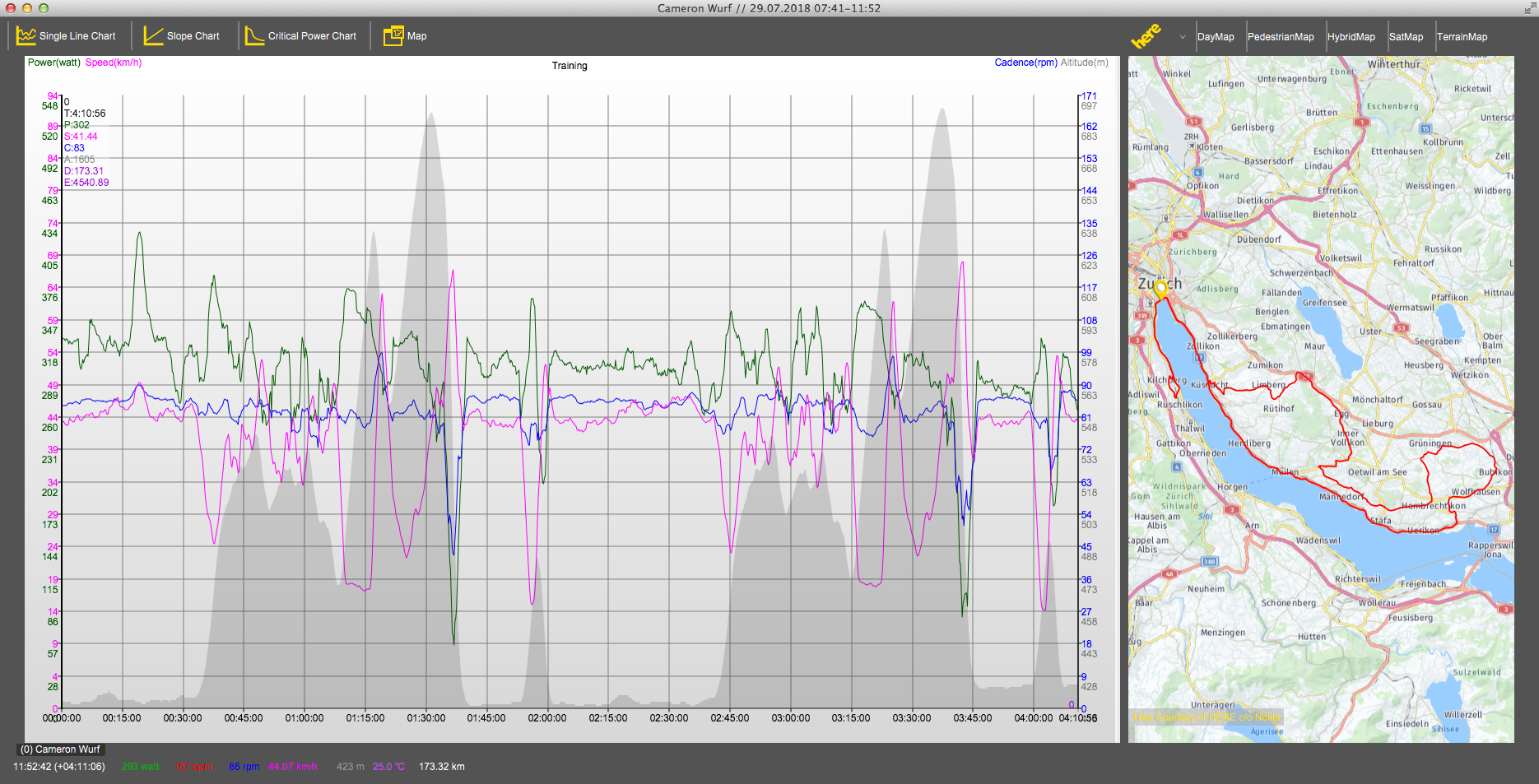 That sounds pretty great, right? To get to know your own metabolic efficiency numbers, you’re going to have to get some tests run. Unlike FTP or max heart rate, these values are tricky to determine at home. But if you’re a serious athlete trying to push your limits that much further, it might be something worth investing in.

Once you have your numbers, you can start working on improving them. If you want to improve your VO2max, you have to spend time at or near your aerobic limits, says Thomas Hughes, MD, who left medicine to become a full-time triathlon coach. Hughes points to the work of Stephen Seiler, a Norwegian sports scientist, who has done quite a bit of research on what works for improving V02 max. His favorite workout includes a set of four intervals that include six minutes at a hard pace (about 110 percent of FTP), plus two final minutes at “I want to die” pace. “You can break this into smaller chunks if you like, but the goal is 24 minutes at this intensity, twice a week,” he says, adding that in three to four weeks you should re-test to see if you’re on the right track.

Weber declined to give us details on how they’re working on Wurf’s VLamax numbers—we all need our secrets. However, Hughes says he typically has his athletes go low-and-slow to work on their VLamax numbers. “For this we need to upgrade a transport mechanism into our slow-twitch fibers called MCT1, which shuttles lactate into the muscle fibers to be re-used,” he says. “Research has shown that long bouts of endurance training at an intensity around or below lactate threshold one works wonders for this.” If you don’t know your “lactate threshold one” know that it’s basically the intensity where you stop being able to talk in full sentences. Hughes’ favorite workout for improving VLamax includes doing one or two hard efforts to generate lactate, then having his athletes ride at a talking pace for the rest of the ride, so they can teach your body to “clear” and utilize the lactate.

Finally, to improve swim, bike, and run efficiencies, look to posture and technique, says Weber. And, learn to utilize the paces where you’re most efficient to your advantage. If your body hums like a finely tuned Ferrari at 220 watts, that’s probably where you should be racing—versus struggling along at 235 watts and then having to crawl through 26.2 miles of running.

Join us next week for the final installment of the series, where we’ll take an in-depth look at Wurf’s power numbers and see how the experts suggest you apply it to your own training.

#TriathleteLive: Cam Wurf on Fatherhood, Being Humbled by Ironman, and Why Doping Isn’t As Prevalent