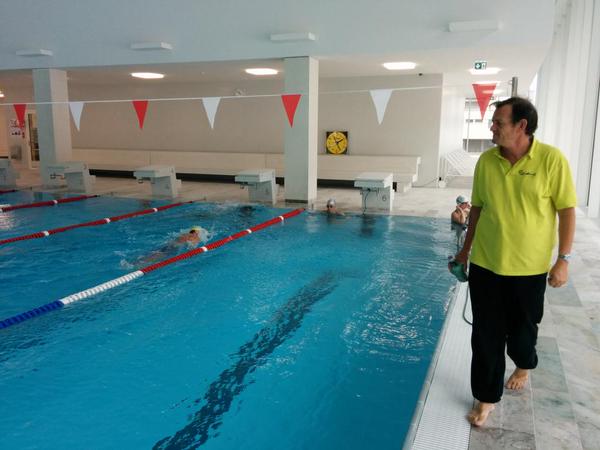 In an article originally appearing in the January issue of Triathlete and then recently on our site, we mentioned that coach Brett Sutton uses bands with his athletes, and went on to describe band work using advice from coach Siri Lindley. Sutton wanted to clarify his personal stance on training with a band, particularly for age-group swimmers. His response below.

Age Group Swim Alert: Why the band is banned

I have been asked to clarify a statement in a swim article about the use of bands in swimming.

The editor rightly says I use bands for my pro triathletes. This is correct.

Experienced, pool trained swimmers along with athletes who have a technique that the band will enhance are given band work.

However, let’s be specific about this: They do not get it every day and if they are not a good swimmer they will always use it with a high buoyancy pull buoy.

My own age-group athletes do not, I repeat DO NOT use band work at any stage.

Let me be clear, no work is ever done with a ‘donut’ or towel wrapped around any part of the body except for when you leave the pool for a shower.

Now while the editor rightly did not attribute this as my technique, it would seem many have misinterpreted.

Coach Siri may use it and I do know Greg Bennett and Crowie have used it. However, never under my tutelage. If you are a challenged swimmer the Sutto method of swimming is with Total Body Force, which is about getting you up higher in the water.

I’m more than happy to run the gauntlet against those who say I use too much pull-buoy work. I can debate that all day as I don’t think a poor swimmer can do too much with a pull-buoy or wetsuit pants. (Read about his pull buoy thoughts here.)

However, the band is a different story. Very few athletes in our squad use band only.

If they do, it will only be every other swim day to protect the shoulders.

Poor swimmers in my squad are banned from using the band only—even if they want to. In my opinion it doesn’t enhance stroke mechanics for challenged swimmers and has a very, very high risk factor for shoulder and back injuries.

So if you are not a strong swimmer and are genuinely trying to improve your swim, the pull buoy, not the band, is your best bet.

How Fast Will I Lose My Swim Fitness?

Lucy Charles-Barclay is Rewriting the Rules of Ironman Racing