This month in his column for Triathlete Magazine, American triathlete Andy Potts talks about some of the mistakes he’s made in his racing career, and how you can learn from him in not making the same ones. 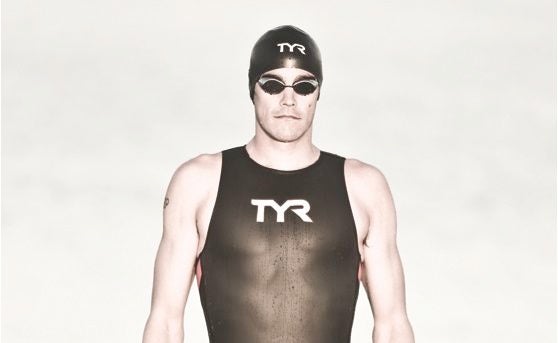 I have done almost 100 races in my career. My triathlon exploits have taken me across the globe to almost every continent; I’m still waiting on Antarctica to host a race. Along the way I have picked up a few key lessons: some by trial and error, some by luck and some by mistake, usually my own. In an effort to have you enjoy triathlon more, I’d like to share with you two experiences and the lessons I’ve learned. I figured that I could detail these two of my mistakes so you don’t have to live through your own to learn something new.

Let’s start with packing. Have you ever shown up to a race without a key piece of equipment? I have. In 2005, I flew to Tennessee for the Memphis in May Triathlon and forgot to pack skewers. That’s bad enough, but the worst part about it was that I didn’t realize my predicament until I was in the open field parking area putting my bike together. I had waited to build up my bike because the airline lost it and it didn’t arrive at my hotel until midnight the night before the race. So I’m sitting in the middle of nowhere trying to assemble my bike without skewers and starting to panic because the race start is only an hour away. Luckily, one of the vendors bailed me out and I was able to race.

Lesson learned. I now keep an extra set of Zipp racing skewers in my wheel bag at all times. In fact, I have taken this lesson so far as to keep my suitcase as the permanent home for my spare set of racing necessities, such as Asics running shoes, TYR goggles, my Fuel Belt, Rudy sunglasses, lube—you get the idea. If at all possible, keep an extra set of the small but imperative race equipment in your suitcase.

Let’s move on to another big mistake I made: knowing the course. Sadly enough, I’ve actually made this mistake more times than I care to admit. Come to think about it, I could probably write a whole book on staying on course and all the times I have taken a wrong turn. To add to that, of the times I have gone off-course, only once was it not my fault. I am fully to blame for all the other times, which is not something I’m proud of. The one time it wasn’t my fault was when the course had yet to be marked because I was faster than the race organizers thought I would be (in a weird way, I guess that is a good thing).

Now, in my defense, I’d like to point out that every time that I have been off course it was because I was in the lead. There was no one to follow, and the volunteers were surprised to see the first participant of the day. I learned early on in my career that having a fast swim will set me up for success, but only if I know where I’m going. I remember one race in 2006, the U.S. Pro National Championship in Long Beach, Calif., where I took a wrong turn 400m out of transition. Instead of going right toward the start the bike leg, I went left into downtown Long Beach. One of my competitors yelled after me to let me know I went the wrong way. I had the makings of a breakaway, but it was squandered when I went the wrong way. Instead of using the first five minutes of the bike to solidify my swim lead, I spent the first five minutes catching up to guys I had dropped in the water. We could have had a breakaway group of four guys, an ideal number for cooperation in a breakaway. However, by the time I caught back up I managed to bring along 20 other competitors for an unmanageable lead pack.

Lesson learned. I now make it a point to physically check out the entry and exit points of transition (even if I have done the race before) and to go over all race maps before race day. Checking the layout of transition is important so that you can get in, out and headed in the right direction as quickly as possible. If I have any questions about the course map, I make sure to bring it up the day before the race. When in doubt, follow the person in front of you. If you are in the enviable position of blazing the trail, it is on you to know where you are going. To add to that, knowing the course doesn’t mean that you have to drive or ride the exact route the day before the race to scout out every turn and pothole. However, referencing the course map is ideal. In some instances, though, a map will not do justice to the physical layout. It is best to do a combination of the two if you really want to get a good feel for the race.

I’ll admit that a lot of the mistakes I have made are my own fault. I look back upon them now and laugh, though at the time nothing about them was funny. I could write extensively about all of my mistakes, but these are the major ones. Despite how much I prepare, I know that I will make more mistakes along the racing trail. Hopefully, though, I’ve learned from my past and have given you some guidance for avoiding the same mistakes. There is a lot to remember on race day, and if you follow these lessons, I guarantee you’ll have a more enjoyable experience.

How to Sleep Like a Rock the Week Before Your Race

Learn From Our Mistakes: Triathlete Editors on Their Worst Screw-Ups

Why Did So Many Pros DNF at Clash Miami?

Even The Pros Miscount Laps Sometimes