The common advice to intentionally lose weight slowly has no basis in reason or science. 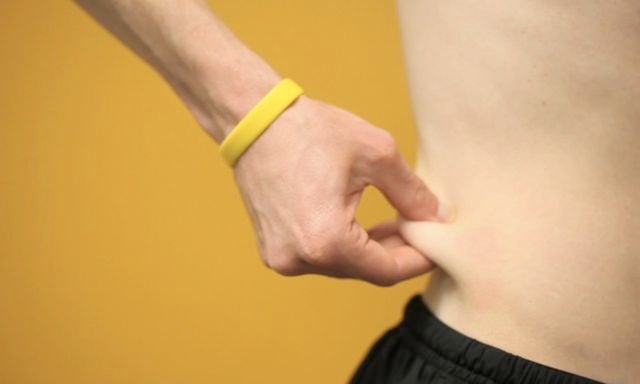 A few weeks ago I saw my brother-in-law for the first time in a few months. I barely recognized him. He had lost more than 30 pounds since the last time we’d hung out. He looked healthier, fitter, and even younger. It was a remarkable transformation completed in a short period of time.

I’ve known many people who have managed to lose large amounts of weight, and in every single case that I can recall, the weight loss has been rapid. In my experience, nobody ever loses 30 pounds by dropping a pound a week for 30 weeks. Yes, in cases where someone loses really huge amounts of weight—100 pounds and more—the process lasts a while, but the rate of weight loss is still fairly rapid throughout it.

Despite the apparent fact that almost everyone who succeeds in losing a large amount of weight does so quickly, mainstream diet experts routinely caution people against trying to lose weight quickly. As the freelance writer Morgan Vermeil wrote in an article published on yahoo.com, “most health experts agree that fast weight loss is bad weight loss.”

Of course, there is such a thing as trying to lose weight too quickly. Unrealistic expectations and unhealthily drastic measures have been known to bring about unfortunate results in overzealous dieters. But research has proven that on a statistical level, those who lose weight quickly lose more total weight and maintain larger amounts of weight loss than those who lose weight slowly as the doctors advise us to do.

In a 2010 study, for example, researchers at the University of Florida tracked weight loss in a group of 262 obese women who were enrolled in a supervised weight-loss program. Although all of these women were given the same guidance, they lost weight at varied rates. Some averaged more than 1.5 pounds of weight loss per week. The researchers classified these subjects as “fast” losers. Other women averaged less than 0.5 lb of weight loss per week. They were classified as “slow” losers. Those who lost weight at rates between 0.5 and 1.5 lbs/week constituted a “moderate” group.

Short-term weigh-loss was measured in these three groups throughout the six months of the supervised program and over a one-year follow-up period. On average, the subjects in the fast group lost 29.7 lbs during the six-month treatment program, compared to 19.6 lbs in the moderate group and 11.2 lbs in the slow group. One year later, members of all three groups had regained roughly 4.5 lbs. Therefore long-term weight loss was much greater among the fast losers than the slow losers: approximately 25 lbs versus just 7 lbs.

It’s important to point out that, regardless of the initial rate of weight loss, most dieters gain back all of the weight they lose, and often more. But among the small minority of dieters who manage to maintain substantial weight loss over a long period of time, most lost weight initially at a rapid rate. Why?

I believe that two related factors explain the pattern. First, faster weight loss is often associated with bigger lifestyle improvements. It doesn’t always take much to stimulate slow, short-term weight loss. For example, removing soft drinks from one’s diet may enable one to lose 1 lb every other week for a few weeks. But a couch potato who eats three fast-food meals a day and then begins to exercise daily and eat only healthy, home-cooked meals is likely to lose weight quickly for a while. Again, it is possible to lose weight quickly in unhealthy and shortsighted ways. However, major improvements in lifestyle can also trigger rapid weight loss and I believe they often do. My brother in law, for example, achieved his rapid weight loss by switching to a mostly vegetarian diet and sharply reducing his intake of high-calorie beverages.

The second factor is seriousness of commitment to losing weight. I believe that slow weight loss often reflects a halfhearted commitment to losing weight, whereas rapid weight loss is reflective of a determination to achieve the goal that has been set. Research has shown that this psychological factor is more important in determining the results of efforts to lose weight than the details of one’s diet. Serious dieters are likely to succeed regardless of which diet they’re on, while unserious dieters are likely to fail regardless of there diet. Likewise, different people may get disparate results from the same weight-loss program because some pursue it seriously while others follow it halfheartedly. I think we see this in the results of the University of Florida study I described above. All 262 women were on the same program, but some of them lost a lot of weight and others only a little, almost certainly because of individual differences in the level of commitment to the program.

Matt Fitzgerald is the author of Iron War: Dave Scott, Mark Allen & The Greatest Race Ever Run (VeloPress 2011) and a Coach and Training Intelligence Specialist for PEAR Sports. Find out more at Mattfizgerald.org.

Dear Coach: How Do I Avoid Holiday Weight Gain?