Whenever a Girl Scout would knock on Chris Frank’s door, he’d buy boxes of Thin Mints. “The cookies would disappear in seconds!” says the chairman and co-CEO of Bonk Breaker. Using the crispy chocolate wafer cookies as his inspiration, Frank decided to “take an awesome flavor and make a Ferrari-quality energy bar with all non-GMO, real-food ingredients.” And voila, mint chocolate chip Bonk Breaker bars were born.

Call it the Girl Scout effect or what you will, but other brands are also turning to mint, pairing it with flavors beyond chocolate to make cool combos. Take Science in Sport’s lemon and mint energy gel. “It was developed specifically through input from Science in Sport’s athlete partners like [pro cycling team] Team Sky who were tired of the more ‘traditional’ energy gel flavors and wanted something more refreshing,” says SIS North American general manager Tonya Wearner. 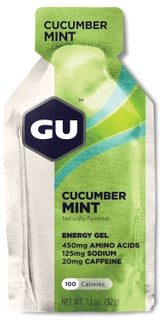 Similarly, when developing the cucumber mint flavor of GU, the company aimed to make a “light and refreshing flavor that’s easy to eat on hot summer days,” says Brian Gillis, GU’s marketing communications manager. And the flavor combo is milder in taste than some of the fruitier options, says Gillis, so it makes for a welcome break from an endless line of sweetness that can cause an issue commonly referred to as “flavor fatigue.”

But before you mint-ify your next race, use caution. “Interestingly, real mint can aggravate symptoms of GERD (aka reflux),” says triathlete and dietitian Chris Newport, M.S., R.D.N., who owns The Endurance Edge in Cary, N.C., “which is why ‘training the gut’ is so important in triathlon.” To do so, she suggests executing your nutrition and hydration plan at least once or twice under race-like conditions before race day, if possible. If not, give yourself tried-and-true nutrition options (flavors, consistencies and delivery methods) that you know sit well with your stomach.

Freshen up your workout eats with these treats. 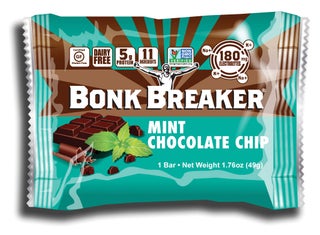 GU Cucumber Mint Energy Gel
The naturally flavored cucumber mint GU is light, sweet and refreshing with the thick, syrupy consistency we expect from this brand. Each gel contains 100 calories, 20 milligrams of caffeine (from green tea extract), 125 milligrams of sodium and 22 grams of carbs. The flavor is a smart choice when something stronger might turn your stomach, like toward the end of a long ride or run. $1.45, Guenergy.com 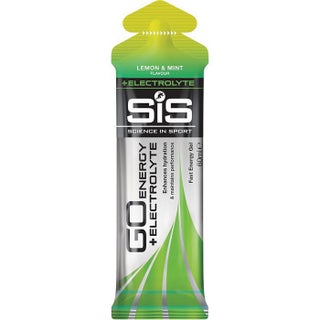 Science in Sport Lemon and Mint Go Energy and Electrolyte Gel
This U.K.-brand claims its gel is the first and only isotonic energy gel (meaning because of its concentration, it’s absorbed easily and quickly by the body). Thinner than GU, the flavor is similar to a lemon drop with a mild mojito-esque minty finish. Its lower calorie content (86 calories per gel) and higher electrolyte content (300 milligrams of sodium), plus 22 grams of carbs, make it ideal for hotter, sweatier workouts. $10 for six-pack (available in the U.S. late summer 2017), Scienceinsport.com

Epic Bonk? Dig Out With these 12 Emergency Convenience Store Foods