Backstory
A swimmer since age 5, Matthew Appleby picked up running in middle school and was a two-sport athlete until high school, when he went all-in on running. “I joined an extremely dedicated and tight-knit group of runners who grew to become one of the top cross-country teams in the region,” says the Boston area native. After graduating, he also rode his bike across the U.S. with two high school friends, giving him experience in triathlon’s third sport. “I learned to love all three disciplines and the different skills and physical abilities that each one required,” he says. As the Stanford University Triathlon Team president, Appleby is focusing on the USAT Collegiate Club National Championship this season. “I am working to motivate and inspire our team to go for a top-five spot at nationals,” he says. He’d also like to break the two-hour barrier in an Olympic-distance race, then he’ll set his sights on either 70.3 worlds or another Kona appearance.

“For long-course races, I eat continuously from when I wake up, usually 2.5 hours before the race, until about 30 minutes before the race. My pre-race meal is a bowl of oatmeal and a few scrambled eggs. I supplement this throughout the morning with a bagel and almonds. Before I get in the water for the swim start, I eat one gel and a bottle of electrolytes.”

“I’ve tracked my weight leading into each of my two Ironman races, and I tried to put on a little bit of weight before each of them—about 2–3 pounds of non-water weight.”

“My go-to-fuel for training is Keebler Toast & Peanut Butter Sandwich Crackers! They have carbs, fats and a little protein. I buy a giant box from Amazon and go through at least 10 packages of crackers a week. I even eat them during the bike in long-course races.”

“Day-to-day nutrition while training for Ironman is very similar to my short-course training. The main difference comes on the weekends, when rather than riding two hours, I have to ride for five or six hours. On those days I have to bring plenty of fuel—a bottle or two of [Stanford Tri Team sponsor] Fluid Performance Fresh Citrus, and then I refill those bottles with water. I also bring some gels, plus stroopwafels and of course my peanut butter crackers.” 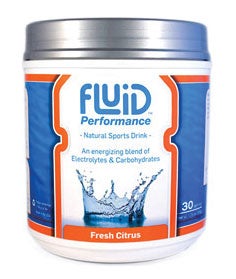 “I usually plan my routes with one or two of my favorite snack stops on the way. I’ll grab a pastry after 25 or so miles, and then maybe grab a sandwich after 70. However, as race day approaches, I try to practice my nutrition like it’s actually race day. That means bringing my usual race-day nutrition—Fluid Performance, some gels taped to my top tube, unwrapped peanut butter crackers and several packages of unwrapped GU Chews in my top tube bento bag, electrolyte and amino acid capsules—and forgoing the more enjoyable ‘real’ food.”

The night before a race: “Chicken, rice or pasta, and bread for dinner. Maybe a granola bar with some tea before bed. I lay out my breakfast before I go to bed and make sure I have had enough water, using the color of my urine as an indication. I keep a full bottle of water nearby and take a few sips every time I wake up from pre-race nerves, which sometimes helps me fall back asleep.”