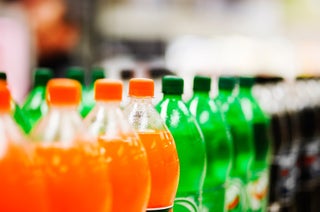 I should be a millionaire. Back in 2006 I wrote a book titled The Lean Look with Paul Goldberg. It included a dietary element that we called “smart substitutions”. It was a simple concept: promote fat loss by replacing high-calorie foods in your diet with lower-calorie alternatives that are no less filling. This enables you to reduce your daily energy intake without suffering the persistent hunger that comes with the more common dietary strategy of eating less.

If this idea sounds familiar, that’s because you have read or seen Eat This, Not That, the zillion-copy seller authored by Men’s Health editor David Zinczenko. Published around the same time as Paul’s and my book, Eat This, Not That peddles the same concept of smart substitutions but packages it much more cleverly.

While I am eternally bitter about my narrowly missed opportunity to sell a zillion books and retire at 35, I am still a big believer in the smart substitutions concept. To use this concept to lose weight, simply incorporate the following six types of food substitutions into your diet.

SEE ALSO: What Are Some Quick Swaps I Can Make To Improve My Diet?

Substitution #1: Replace a non-fruit food with a fruit

Besides being packed with vitamins, minerals, and phytonutrients, most fruits also contain lots of fiber and water.  Why is this important?  Research has shown that we tend to eat a consistent volume of food each day, regardless of how many calories are contained in it.  Water and fiber increase the volume of foods without increasing calories.

You can reduce the amount of calories you eat in snacks by replacing whatever you normally eat with an equal-size portion of fruit.  One serving of cheese-flavored crackers contains 430 calories.  A pear contains just 100 calories.

Alternatively, you can do a “half substitution” with fruit.  For example, instead of eating a whole tub of yogurt (232 calories), eat a bowl of berries drizzled with vanilla yogurt (91 calories).

Substitution #2: Replace a non-vegetable food with a vegetable

Like fruits, vegetables are high in water and fiber content, so they fill you up with fewer calories.  A simple way to cut the number of calories you eat in meals is to serve yourself a larger portion of vegetables and smaller portions of the other foods in the meal.

One of the easiest ways to trim a surprising number of calories from your daily intake is to make a few key beverage substitutions.  Replace a can of soda with a glass of water and save 140 calories.  Switch your regular beer for a light beer and trim an additional 60 calories.

While you need some fat in your diet, trimming fat from your meals is one of the best ways to reduce calories, because there are 9 calories in each gram of fat compared to a little more than 4 calories per gram of carbohydrate or protein.  An easy way to cut back on fat calories is to replace the whole milk dairy foods you’re currently eating with low-fat substitutes.  Eight ounces of whole milk contain 146 calories.  An equal amount of skim milk has just 83 calories.

Substitution #6: Replace a fried food with a non-fried alternative

Oils used for frying add a lot of calories to foods that would otherwise be fairly lean.  Frying also creates unhealthy trans fats.  Sometimes it’s hard to say no to fried foods, but it’s easier when you say yes to alternatives that are also quite delicious.  For example, a serving of spicy chicken strips (breaded and fried) from Popeye’s restaurant has 310 calories.  A serving of Popeye’s naked strips (roasted) has just 170 calories, and they’re just as tasty.

The table below illustrates how making these six key substitutions can easily trim a surprising number of calories from your total daily intake.  As you can see from these examples, you don’t need to eat less to cut calories and get lean.  In fact, the lower-calorie plan on the right includes two snacks in addition to three full meals, while the higher-calorie plan on the left has no snacks.