There is more than one way to eat for optimal health. Don’t let anyone tell you otherwise.

The other day I received an email message from a distressed reader of some of my books and articles on nutrition. We’ll call her Sue. 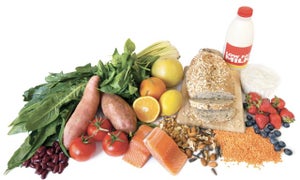 If you’re not familiar with the film Sue referred to, you’ll get a full sense of what it’s all about from watching the trailer. The documentary’s argument for vegetarianism is based largely on the work of Colin Campbell, a veteran nutrition researcher who first made a name for himself with his book, The China Study, which made the same argument as the later film.

It’s easy to understand why a non-vegetarian who is generally concerned about eating right would come away from watching Forks Over Knives in a state of high alarm. Although the film uses every technique in the book to prey on the viewer’s emotions and susceptibility to fear, the content is fundamentally science based. All kinds of studies and statistics and correlations are cited, which seem to prove beyond the shadow of a doubt that eating animal products of any kind and in any amount is bad for human health.

I think you see the point I’m getting at here. If all of these diets are based on science, why are they so different?

There are two reasons. First, while science has come up with all kinds of correlations between particular dietary patterns and risk levels for particular diseases, it has not even come close to definitively defining the perfect diet. This situation allows individual scientists to cherry-pick certain correlations and then make a speculative leap to define the perfect diet.

“Because people who don’t eat meat showed a lower risk for disease A in study B,” declares scientist X, “vegetarianism must be the perfect diet.

“Because people who don’t eat grain showed a lower risk for disease C in study D,” declares scientist Y, “then the Paleo Diet must be the perfect diet.”

Because we have to eat. We can’t wait until science defines the perfect diet once and for all to eat as healthily as we can in the meantime. So we have to make decisions based on what evidence we have. This is not an excuse for making the kinds of speculative leaps I’ve just described, but it is an explanation. Scientists are human. Some who decide to eat a certain way for themselves based on what they know and what they infer can’t help but declare their personal choice to be the one true path for everyone.

Personally, I don’t think science will ever define the perfect diet for everyone. The sum of all available evidence gives a pretty strong indication that most people can achieve more or less optimal health on a variety of different diets. Put another way, many diets are good enough, and none is perfect.

This is what I told Sue, and with evident relief Sue replied that she plans to continue to include some animal products in her diet.

Matt Fitzgerald is the author of Iron War: Dave Scott, Mark Allen & The Greatest Race Ever Run (VeloPress 2011) and a Coach and Training Intelligence Specialist for PEAR Sports. Find out more at mattfizgerald.org.

No, You Don’t Need To “Earn” Your Next Meal