“I hydrate with water and add a couple of tablespoons of raw apple cider vinegar and a pinch of sea salt to each bottle. That is my ‘sports drink’ for training and for racing.”

“I avoid gluten and dairy because then I do not get any allergy symptoms and don’t need to take any allergy medications. I grew up with hayfever and later also developed cat allergies.”

Backstory
Holger Beckmann’s reasons for getting into triathlon were simple: “I didn’t want to get fat and out of shape when I was 29,” he says. He remembers his early tri and marathon days, when he was told “the more carbs the better” for endurance athletes. “Carbo-loading was the norm in the ’90s,” he says. “My friends would marvel at the amount of pasta I could eat.” He would take as many as nine Clif Bars on a ride. “I was a carbohydrate addict,” he says. After 15 years of his carb-rich diet and some great performances (he even went sub-10 hours at Ironman Hawaii), “things slowly started to fall apart.” He would get extremely swollen ankles following races from water retention, and his belly became bloated. He developed asthma-like symptoms that slowed him down in races, and chlorinated water would cause his lungs to fill with fluid. When he restricted his eating the day before a swim, his breathing improved, so he determined that his food must be contributing to his problems. Using the process of elimination, he learned that he needed to avoid carrageenan (a common food additive extracted from red seaweed and used as a thickener and emulsifier) because it upset his gut. He also found that MSG, sugar and starches worsened his water retention, so he reduced or avoided those ingredients. When he avoided gluten and dairy, his hayfever and dust and cat allergies, which he’d battled since his 20s, went away. “It was a long journey,” he says. “[By] reducing sugar and starches, I got withdrawal symptoms, hangovers and flu-like symptoms that lasted for a couple of months. After that, my cravings for sugar disappeared. My body switched to burning fat,” a macronutrient that Beckmann estimates now makes up 70 percent of his diet (in combination with 20 percent protein and 10 percent carbs). Beckmann encourages every triathlete who’s suffering from health issues that affect their training and racing to take a closer look at their own diets.

Recovery meal:
“Wild salmon with broccoli and olive oil, or other green veggies. I often have homemade bone broth to rehydrate, sometimes with a few eggs poached in there for protein.” 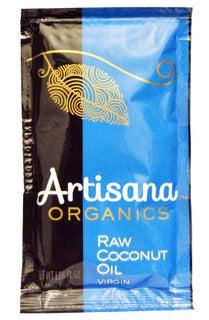 “Usually no fuel, but for very long runs, such as marathons, I bring a pouch of organic coconut oil with me.”

“Over time, I noticed that I feel much more energetic when I don’t eat before and during my workoutts and races. Eating shuts off my body’s ability to burn body fat, which is my main fuel source. Bonking is not an issue at all, since the body does not run out of body fat. Fasting also seems to increase adrenaline, giving me more energy. Also, working out with food in my stomach is not that comfortable.”