Some types of mushrooms promise immune- and energy-boosting effects—no trippin’.

Traditionally used in Chinese medicine, medicinal mushrooms caught the attention of Western wellness researchers who’ve been looking into the fungi’s potential to fight cancer, reduce inflammation and lower cholesterol, among other things. Now medicinal mushrooms, as extracts and powders, are popping up in everything from natural deodorants to instant coffee mixes, promising increased energy from the cordyceps variety and boosted immunity from reishi. But so far, their ergogenic effects remain unproven.

“The research I found reported no improvements in human performance, although there needs to be more research on how much to take and how often,” says triathlete and dietitian Chris Newport, M.S., R.D.N., who owns The Endurance Edge in Cary, N.C.

That’s not to say mushrooms don’t pack health benefits. They are the only vegan source of vitamin D, Newport says, and extracts contain polysaccharides and beta-glucans, compounds that can help activate the immune system by increasing white blood cell count. And there’s anecdotal evidence that mushrooms can help lower stress levels and provide a natural pick-me-up (perhaps after an early-morning training sesh?). Below, three mushroom-enhanced products to try. 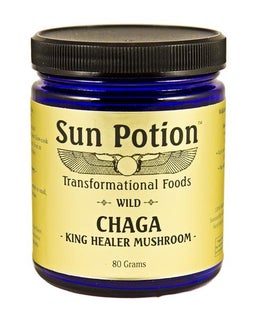 Called the “King Healer” in Eastern traditional medicine, chaga mushrooms contain B vitamins and zinc. Straight mushroom powders like this one tend to have a neutral, subtly earthy taste, so they blend well with strong drinks—you can mix a teaspoon into your coffee or tea for almost no noticeable difference, or craft your own latte with a splash of milk. $48, Sunpotion.com 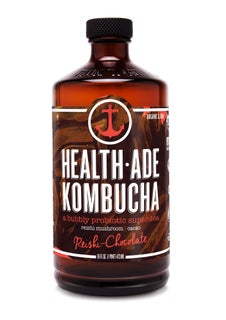 This organic drink pairs cacao with reishi mushroom powder, black tea and green tea. There are only hints of the cacao flavor in the aftertaste—and no actual mushroom taste. We found it a refreshingly bubbly afternoon pick-me-up. $3.99 for 16-ounce bottle, Health-ade.com 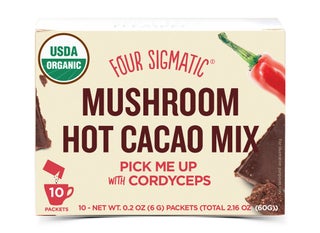