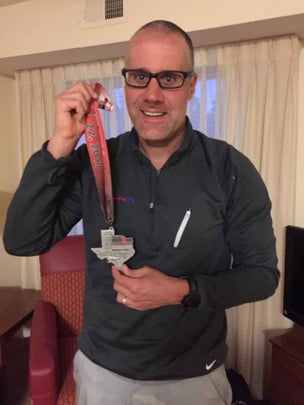 Joel was frustrated that he couldn’t put together a solid marathon in long-distance tri racing. Physically, he felt able to complete the event distance in a respectable time, but as the miles progressed, he consistently suffered from fatigue, turning his run into a sorrowful walk.

Joel trained consistently and had the fitness to put together a solid run. But it was clear that he wasn’t meeting his fluid and carbohydrate requirements, contributing to the massive slowdown in pace when running off the bike. We needed to fine-tune his sport nutrition strategy as his hit-or-miss intake of Gatorade and gels was not meeting his needs. A rise in core temperature and subsequent increased rate of muscle glycogen use and rate of perceived exertion (RPE) ultimately was leading to extreme fatigue.

For a sports drink to effectively fuel and hydrate, it must have the same osmolality—or concentration—or less than the blood. If a drink’s osmolality is greater than the blood’s, water will be pulled from the blood and into the intestine to equalize the two concentrations. This may cause dehydration, GI distress, and fatigue.

In Joel’s case, he was experiencing glycogen depletion and dehydration despite consuming sports nutrition products simply because he wasn’t using them properly.

At first, Joel was hesitant to wear a belt. He thought it would be too hard to run with all of the fluid weight around his waist, but he learned to embrace it. “I train with the belt all the time now, and it’s become part of my running attire,” Joel says. Even Joel’s wife, Ali, an 18-time Ironman finisher who suffered from GI distress, dizziness, nausea, and vomiting in long-distance racing, learned to embrace the hydration belt, and now she is running better than ever before—without GI issues. Recently, Joel and Ali raced IM 70.3 Florida where Ali had a strong performance in her age group and Joel set a personal best by over 18 minutes.

Joel is now able to consistently run to his abilities. “With my hydration belt, I can drink whenever I want in small sips throughout the entire run. I can always practice my race day nutrition, and I never experience the bonking feeling I once felt in most of my races because I keep myself from getting depleted and dehydrated.”

Belt Up: 3 Options to Try 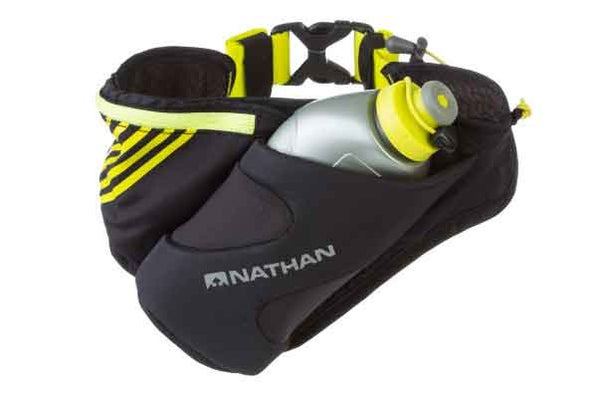 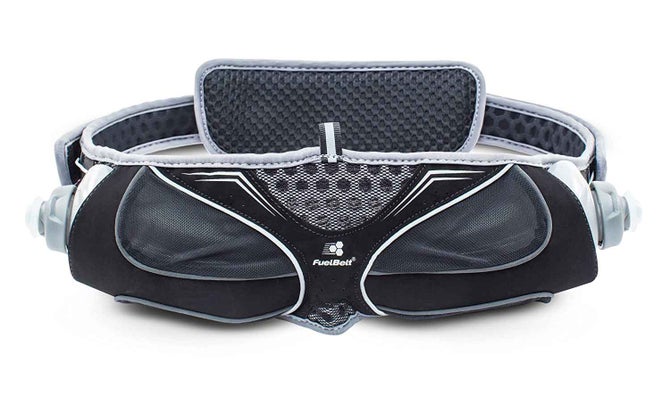 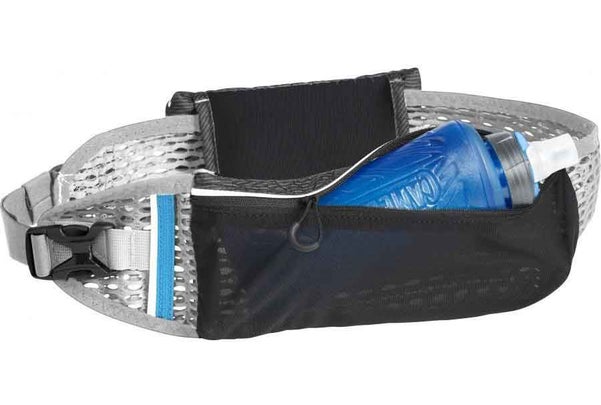 How Race Fueling Evolved Beyond Chocolate Bars and Burgers