While most triathletes wear sunglasses on the bike, not everyone likes the feeling of eyewear bouncing around on the run. Thanks to better materials and technology, there’s a new class of superlight sunglasses hitting the market. We take a look at three of our favorite featherweight options that are so light, you won’t even notice they’re there. 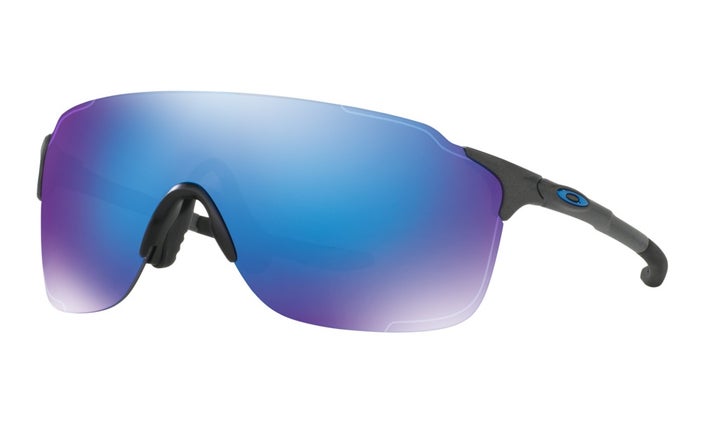 Remember the Oakley Zeros released back in the ‘90s? They were frameless and crazy light, but the styling yearned for a time that was not our own (and may never be). The idea was good, but the execution was not really. In 2016, Oakley took another stab at the concept and released the EV Zero. Weighing in at a claimed 23g, the EV Zero Stride is the latest iteration of the EV Zero series, featuring the tallest lense of the line.

What we liked: The fantastic coverage. Because the lense goes so high above the nosebridge, these felt ideal for an aero position—no matter how deep you tuck.The frameless design made them feel more like a motorcycle visor on the bike (a good thing) for excellent visibility and peak awareness while riding. The large lense area did a good job of dispersing wind on fast descents (a great pair of sunglasses for supercold conditions!), and the clarity of Oakley’s Prizm optics was actually more than just marketing hype.

What we didn’t love: On the run, things got a little hot. Though they were lightweight enough to run in despite their size, the coverage of the Stride model kept any cooling breeze off the face. This shouldn’t be enough to discourage wearing on the run, but just something to take note of. Also, bear in mind that these lenses are not replaceable—unlike much of Oakley’s line—so be sure to try them on first, and don’t scratch them up.

Good for the bike? Yes

Good for the run? Good enough

Good for the beach? Depends on your style—maybe a party beach 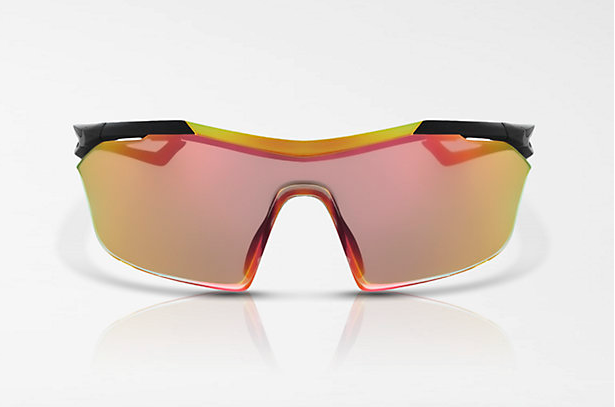 Though they’re been producing sunglasses since the ‘90s, Nike is obviously known more for its shoes than its eyewear. However, one thing Nike is always good at is knowing what they know and hiring the best to know what they don’t. With Nike’s new Wing series, they enlisted the help of Zeiss—a brand known for their incredible camera lenses—to create high-end optics. Weighing in at a svelte 23g, the Elite version of the Vaporwing is Nike’s flagship model for running and cycling.

What we liked: The fit and coverage of the Vaporwing Elites was excellent. Very few touch points on the head enhanced the lightweight feel, and the non-traditional arms helped a ton with airflow. On the run, these had fantastic ventilation, and on the bike, they were on par with most sunglasses. The look of the lense is pure intimidation (if that’s important to you!), and the styling was middle-of-the-road enough to get compliments from many.

What we didn’t love: With all of the hype (and assumedly cost) surrounding the Zeiss/Nike collaboration, the lense itself wasn’t abnormally clear or crisp. In fact, the crease on the periphery of the lense actually caused a good bit of distortion. While it wasn’t a big deal on the run, on the bike—a time when any unusual movement could be a car trying to murder you—it was actually distracting. Also, the high price on this pair was a tough pill to swallow.

Yes, ROKA began as a wetsuit company, but now they’re a wetsuit/clothing/aviator sunglass company. While this doesn’t instill a ton of confidence in their product at the onset, the ROKA Falcons are a perfect example of not being a slave to preconceptions. Claimed to weigh in it at a shocking 19g—thanks in part to a tough Titanium frame—these casually-styled sunglasses do double duty while riding or running.

What we liked: Ok, I was incredibly skeptical about this one. I was ready to lay into the marketing hype: I don’t really like aviator sunglasses, and I thought there was no way this gimmick would work biking let alone running. I was very wrong. These are literally forget-you’re-wearing-them light, and the lense quality was amazing. While running, the smaller coverage allowed for some of the best ventilation of the group. They also stayed in place as good as any sport-specific eyewear, but still served a casual purpose—the Falcons were far less aviator-y than Roka’s Phantom or even Rio. Let’s say they’re for the “aviator-curious.”

What we didn’t love: On the bike, the Falcons were good—until a big windy descent post-climb. Unfortunately, their small facial footprint let a lot of air in, blowing sweat into the eyes. Not so much that they were dangerous, but definitely more than usual. Also, the small frames were far less than ideal for any aero riding. While the price is a bit high compared to some, this is about the range that many casual designer sunglasses fall in.