The test was performed by a single subject in an indoor 25-yard pool while wearing a Nike brand swim brief, Aqua Sphere Caiman goggles and no swim cap.

Put on the first suit

Repeat for the second and third suits.

Take the third suit and perform the same procedure.

Do it again with the second and then the first suit. Swim again in briefs.

Some of the sources of error:

The test was conducted in fresh water but the race will be in salt water, which influences how the water interacts with the swimmer. This may change the suit’s influence on the swimmer. 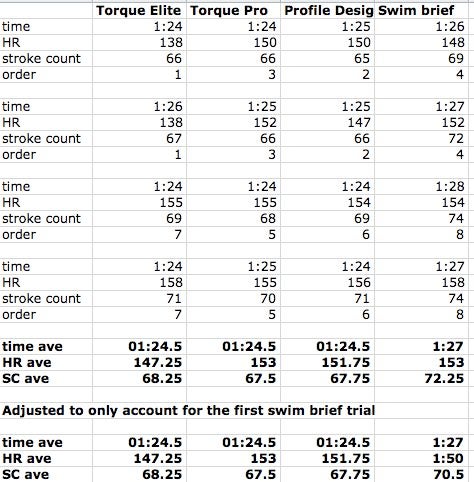 Drafting Correctly Can Make a Big Difference in Your Swim