While fit is obviously a top priority when it comes to selecting a new wetsuit, today’s wetsuits are differentiating themselves more than ever with a host of features and specialization. Our expert testers took the time to review six wetsuits—three men’s and three women’s—to see what’s hype and what’s not. Before you start shopping for the best-fitting wetsuit, first check out which features actually work and which simply look better on paper.

This is an entry-level wetsuit that definitely targets beginner triathletes looking to stay warm and (more importantly) buoyant in that first year of racing. The price tag reflects the simplicity of the design, but nothing is really missing here. The suit is comfortable to wear, provides warmth, and comes off easily. The neck and wrists were snug and kept excess water out without chafing. However, as with most sub-$300 wetsuits, flexibility was a little bit of a sticking point.

There were also some issues with the inflexible fabric not creating a “suction” around the body to stay put when swimming. The overall fit for the Hurricane Cat 1 is best for athletes with long torsos.

Despite the mid-level price tag, this is a suit that’s directed toward newer or less-confident swimmers. Boasting a heavy amount of (still-legal) neoprene, swimmers will float far more and swim higher in the water with less drag—much like an elite swimmer. Possibly due to the thicker-than-normal neoprene, this suit was very tight on dry land and took quite a bit of extra time to properly put on. In the water, the Maverick MX fit perfectly and stretched out well in the arms, chest, and shoulders—likely due to Roka’s unique “arms-up” construction. The thicker neoprene also made the suit feel warmer in the core, so maybe think twice if you overheat easily or swim often in warmer waters.

“This was a great fitting suit that molded to my body like a second skin and felt effortless to swim in. A good mix of flexibility and flotation.”

Quintana Roo’s recent re-entry into the wetsuit market was marked by the announcement of the HYDROsix. Though decidedly high-end, at $600 it still falls below other brands’ top-tier neoprene, in terms of price. Tri wetsuit originator Quintana Roo has created a high-end wetsuit for all levels with the HYDROsix: For strong swimmers, the entire arm and shoulder is one piece of thin, stretchy material allowing the full arm rotation to feel uninhibited; for weaker swimmers, the back end and legs are all 5mm neoprene for full buoyancy and warmth. The low profile of the neck is fantastic for a less “choking” feeling, but it also resulted in more water entering the suit. The HYDROsix was a better fit on those with short torsos. 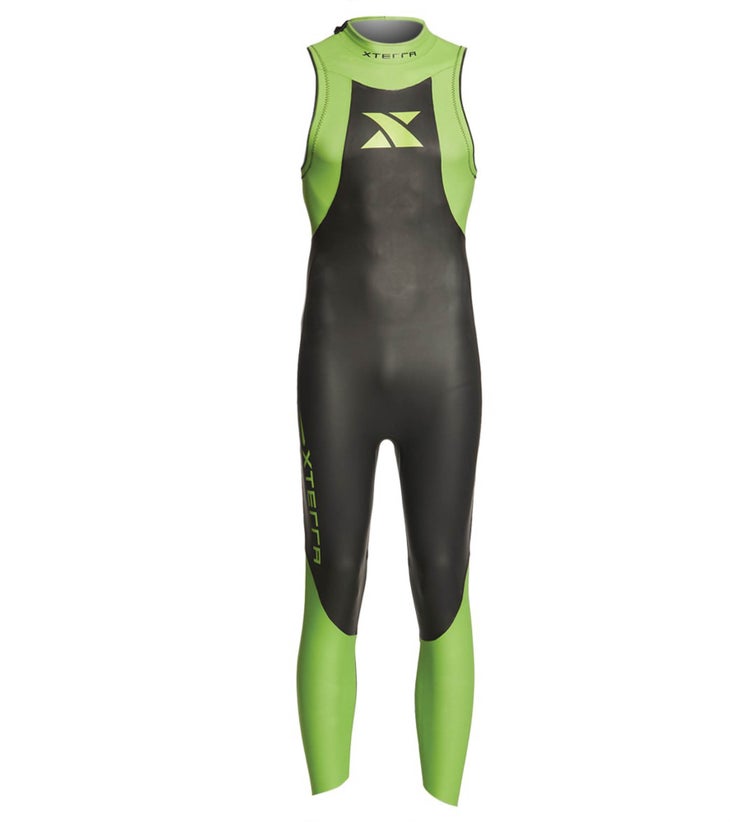 As with any sleeveless wetsuit, this model is best suited for warmer conditions where overheating could be an issue, but a little added buoyancy is still a concern. The Vivid does a great job of keeping water out around the neckline and arm openings—which is not always a given in sleeveless wetsuits. The lack of neoprene around the arms gives plenty of freedom, and even the straps on this suit don’t restrict any swim motion. The only slight downside to this suit is the neoprene around the legs and hips felt a little binding when putting out huge efforts that require a lot of kicking (e.g., at the start of a race or when making a surge to pass). If you’re a heavy kicker, you may want to look elsewhere. 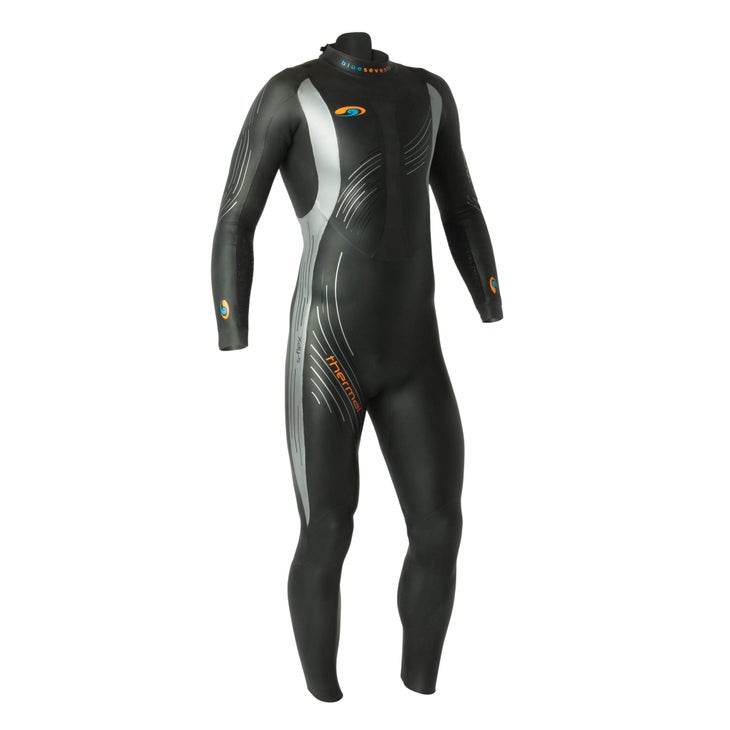 Though not cheap, Blueseventy’s thermal version of their popular Reaction wetsuit is a must for anyone swimming consistently in sub-60F. While training or racing in anything above 60 degrees might be a recipe for overheating in this suit, the thermal lining and snug neck and wrists do wonders in temperatures down as low as 48 degrees. Despite a slight catch in the elbow area, this is a suit with excellent neoprene and boasts some of the highest flotation of the men’s testing group. Though the snug wrists and tight fit around the torso may require a little more time in transition, this suit is essential for anyone who swims in frigid waters or simply gets cold easily.

“The Thermal Reaction really shone in warmth generation, but the Volution was best in price-to-performance ratio.” 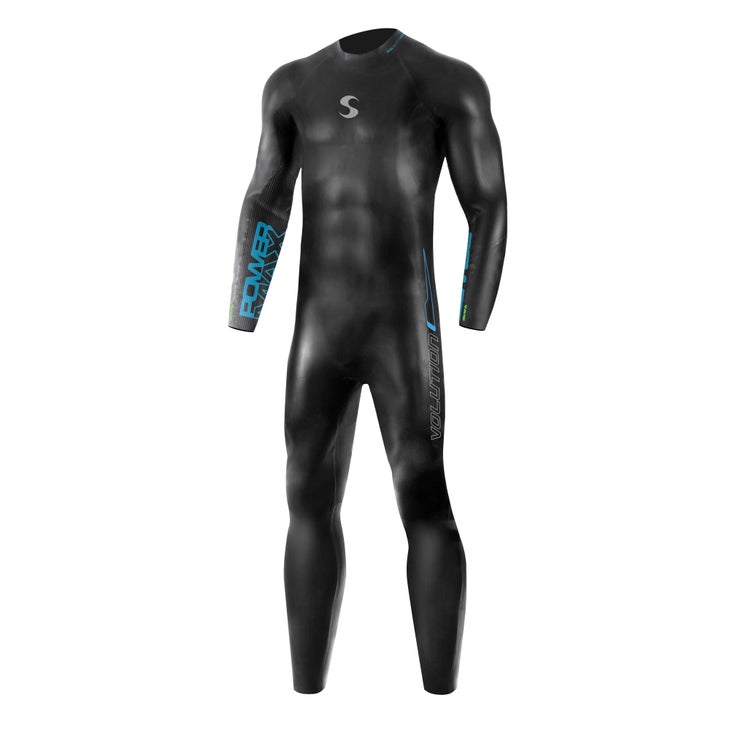 Despite boasting the lowest price point in the testing group, the Volution is a shockingly excellent wetsuit—value aside. Great flexibility through the shoulders, decent hip flotation, and one of the quickest-exiting suits tested made this budget-class suit punch way above its weight. Though there were a few sizing issues (try two sizes to be sure) that caused some water intake and air pockets while swimming, overall this is a rare inexpensive wetsuit that doesn’t suffer from the sub-standard neoprene that can sometimes cause chafing in the neck or armpit areas.

How to Recycle Your Wetsuit

Daniela Ryf and the Curious Case of the Banned Wetsuit