Protect those indoor-acclimated peepers with our picks for the best sport sunglasses in 2020. 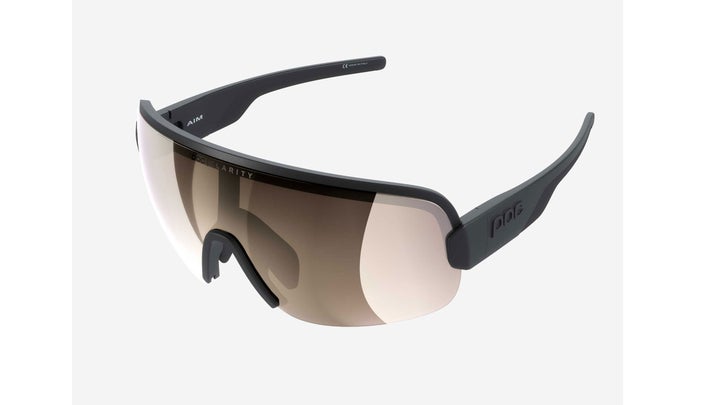 This pricey new pair of sunglasses from Swedish eyewear and helmet maker, POC, combines the monster coverage that’s popular this year with incredibly impressive lenses. Earlier this year, we reviewed POC’s audacious Aspire Solar Switch—a pair of sunglasses with a similar shape to the AIMs, but with a super crazy instantaneously darkening lens. TL;DR: A great idea with pretty ok results. The AIMs on the other hand are a simple pair of sunglasses with very little going on—but to great effect. When compared to some of the other frames in this roundup, the AIMs’ earpieces might feel a little basic and almost dated, but the rest of the design is very very Euro. This version of POC’s new line has only a front frame from the top to the earpieces, but there are other options with coverage extending midway across the top and completely beneath the lens (Crave Clarity) or completely across the top and midway beneath the lense (Aspire Clarity). Read the complete review here.

Italian-made (but San Diego-based) eyewear company 100% has always been a roadie-focused brand with super cutting-edge designs favored by the highly Euro. While the Hypercraft is no exception to their style rule, this is also a pair of sunglasses that most triathletes could appreciate. Unlike the popular Speedcrafts, the Hypercrafts boast a frameless bottom and sides with only small coverage up top by the earpiece and nosepiece. And yet these minimalist frames still somehow seem to fit with 100%’s “maximum” attitude. In other words, these will definitely get you noticed from the outside, but from behind them, you’ll likely not notice very much. Super crisp lines on almost every surface are in direct contrast to the bulbous shape from POC’s and Bolle’s offerings, giving triathletes an alternative to the prevailing style over the last five years. Aerodynamically, there’s no proof behind it, but while other styles scream “coverage!” this pair screams speed—they just look fast. Read the complete review here. 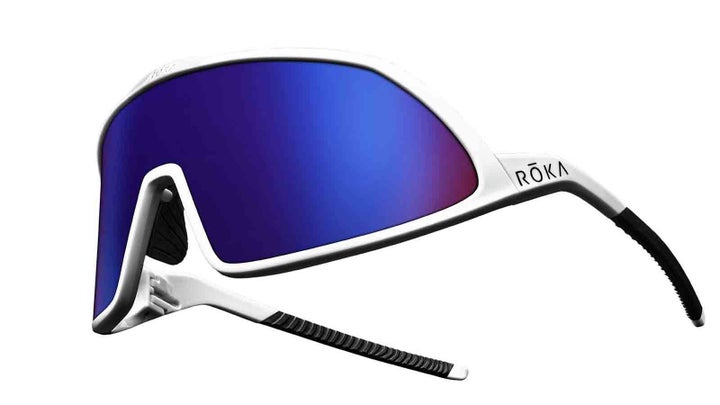 For the last few years, Roka has made a strong name for itself in the performance eyewear realm with some very lightweight and super clear offerings. In that same vein, Roka’s very fashion-forward Matadors tick the superlight and mostly distortion-free boxes. First, Roka’s newest addition to their excellent line is probably best described as an upside-down pair of glasses—the earpieces appear to rest extremely low on the frames, but actually sweep upward following the teardrop line of the bottom of the lenses. From the side, these actually look like a very unusual pair of glasses, but from the front they actually look fairly familiar. The frames themselves feel very high quality, and the measured weight is actually extremely surprising given the full-lens frame coverage. Read the complete review here. 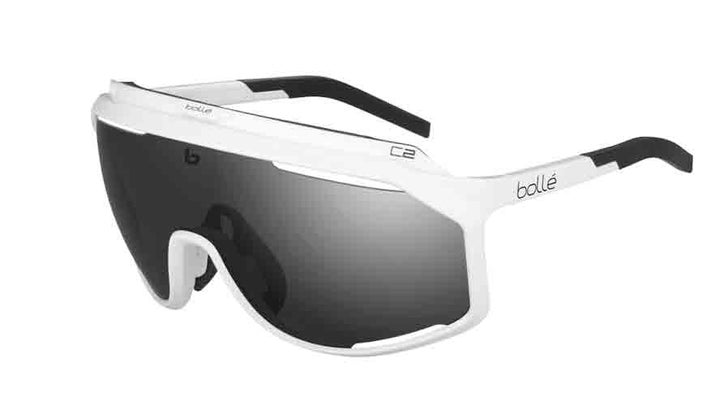 Bolle is easily the oldest and most respected brand in this list, after launching its first pair of sunglasses 84 years ago in 1936. As a brand with such a rich history, the new Chronoshield is a nod to the big goggle-style sunglasses popular in cycling during the ‘80s; think Greg Lemond or Sean Kelly. Weighing in at a hefty 39 grams before adding the “brow bar” (we’ll get to that later), this is a very massive pair of throwback sunglasses that actually function way better than their vintage form suggests. In fact, the shape of this lens is nearly identical to the POC AIMs with the exception of vents cut into the top and bottom. But that’s where the similarities end: The Bolles have a very heavy (but not particularly thick) frame that wraps around the lens, and surprisingly thin earpieces with an excellent snapping action. Read the complete review here. 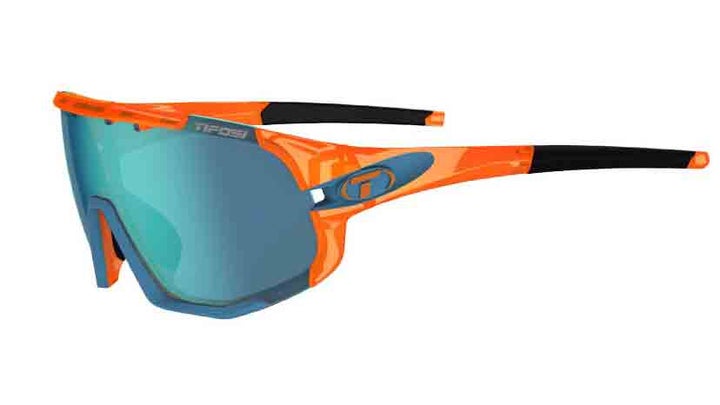 The first thing you’ll notice about the Tifosi Sledge is the fact that these sunglasses are less than half the price of the other pairs in this list. In my opinion, that low pricepoint actually sometimes hurts Tifosi because people assume they don’t make quality eyewear. The reality is that their frames and lenses (and recently their styles) are so close in quality to other brands, that it’s actually difficult to tell when you’re out in the middle of a tough ride, run, or race; think marginal gains. In fact, with the introduction of the Sledge, Tifosi is finally joining other brands in fashion-forward styles that look as good sitting on the shelf as they do in front of your eyes. This pair has a frame that actually wraps around the entire lens, with a few gaps on the top and bottom, but offers an enormous amount of coverage on the scale of the Bolles or the POCs with no visible distortion. While the clarity of the lens is marginally less than the other super high-end models, it’s a tough difference to spot while out on the road. Read the complete review here. 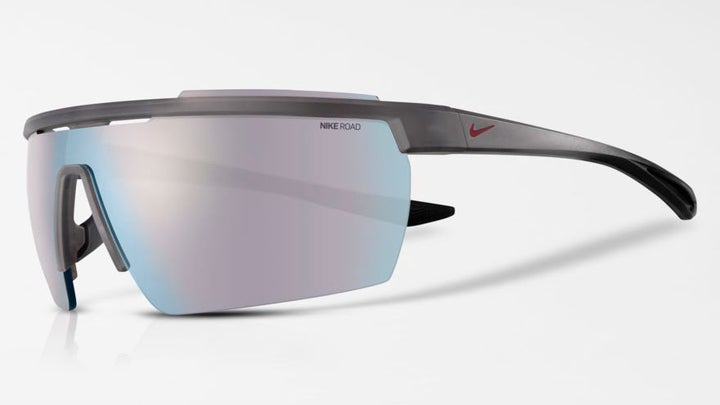 You wouldn’t be the first person to be surprised to hear that Nike makes high-end sunglasses for cycling/running. But of course the sportswear giant makes just about everything, so it makes sense. Nike’s new Windshield Elite is a pair of aero and very modern-looking sunglasses that’s a sleeker version of its brother pair, the Windshield. While the regular Windshield costs the same as the Windshield Elite, we liked the missing nosebridge on the Elites that was a little more in line with what other eyewear brands are doing right now. That said, both pairs are not an example of the maximalist trend seen elsewhere in this roundup—so think of the Windshields as a full-coverage minimal alternative if you don’t love the huge, often hot, visor look of everything else. Read the complete review here.