A primer on picking your ideal heart rate monitor, depending on your level of data geekiness.

While nothing beats paying attention to how you feel during an activity, tracking your heart rate (HR) helps confirm how hard, or little, you worked. When relying on these measurements to inform your training, accuracy is crucial. Unfortunately, not all HR trackers are created equal. We enlisted the help of exercise physiologist Jeffrey W. Christle, the author of a recent Stanford paper investigating the accuracy of different wearables, to better understand the options. 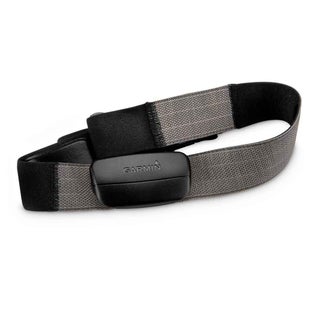 How it works: “Built-in electrodes record the signals of the heart’s electrical connectivity as it pumps blood. All you really need here is what we call the R interval. It’s the big, pointy line going upward in an electrocardiogram (ECG). That’s the point of contraction of the left ventricle. If you’ve put the device on properly, it’s going to get a very good estimation for your heart rate,” Christle explains.

Pros: The chest strap has been around the longest (nearly four decades) and is the best studied of all the devices, making it the gold standard. Christle says with confidence that it is the most common, reliable, durable, and affordable of the bunch. “This is the number one option for people who are seriously training,” he adds.

Cons: Placement is everything. “The positioning should be just below the nipple line. That makes it difficult for obese people (BMI over 30) and women. The lower you put it, the farther away you get from the heart, the higher the chances the signal is going to be poorer,” he says. 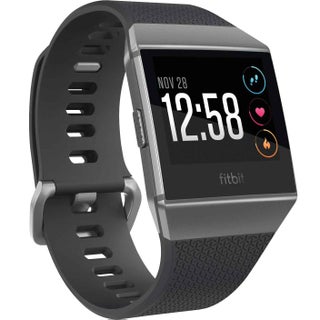 How it works: Wrist-worn straps use light—typically green LED lights—and light-sensitive diodes to measure HR in a process known as photoplethysmography (PPG). When your heart beats, the blood flow in your wrist and the light absorption are greater than between beats. By flickering the light hundreds of times per second, wrist-straps can determine how frequently your heart is beating. “When the light reflects off the blood, it’s captured by a sensor and gets processed by an algorithm, along with an accelerometer (measures movement), to produce the HR,” Christle says. But while green light is decent at picking up HR, scientists are leaning more toward red and infrared light for greater accuracy as the wavelengths penetrate the skin better.

Pros: Though it debuted about 10 years ago, technology has only recently improved to make it a viable alternative to the chest strap. All wrist-worn devices that feature both green and infrared PPG, like the Apple Watch and Fitbit Ionic, were accurate within 5 percent. Wrist HR is also a lot less cumbersome than a chest strap making it easier to use every day, whether you’re hitting the gym or sitting at your desk.

Cons: Skin color and size matters. “The darker the skin, the more difficult it is for the PPG to shine a light through bodily tissues to record HR. It usually ends up with lower numbers because it’s missing beats,” Christle says. Also, if you have really small or bony wrists, the band might shift too much, letting in light from the outside world, which will interfere with the PPG. But also resist choking your wrist: “PPG is calibrated to work on human resting tissue, so when you press down on it, you change the density of that tissue, which ruins the measurement,” he says. “It should be just tight enough so that it doesn’t slide or wiggle when you move.” 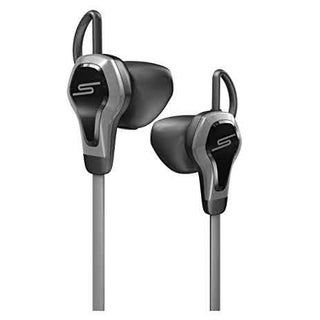 How it works: “There are three types: One that looks and functions like headphones, another that attaches to the earlobe, and another that goes on the top of the ear. Just like in wrist wearables, PPG is used to capture HR. Blood flow is, generally, less at the ear than at the wrist, so it has to be placed really well and not move very much for it to work,” Christle says.

Pros: “As a runner who doesn’t like wearing things, I can see the ear device being attractive,” he says.

Cons: It’s so new that none of the products on the market have been validated through non-biased scientific research, Christle says. Another big concern is motion. “Once you start moving, these things get bad really fast,” he warns. “I’ve had this happen with [regular] headphones; they just fall out. Similar to how your music gets a little softer, so does the HR data.