Light up your movements—not just your torso—for your best chance at being seen.

It’s no secret the biggest number of grim bike accidents occur when the light gets low—between 6 p.m. and 9 p.m. to be exact. There are a number of factors associated with that, but the most obvious—and easiest to fix—is low visibility. And scientists are tackling that problem right now. Sure you can pop on a blinkie and a vest, but for max visibility, they say, you’ve got to light up your motion.

“Flashing is great at catching the eye,” says Richard Tyrrell, a professor at Clemson University who specializes in the applied aspects of human vision and perception, “but it’s not always great at perceiving what’s actually out there.”

Tyrrell believes that the future of visibility lies in something called “biological motion.” He argues that a simple fluorescent vest—though better than nothing at all—isn’t the most effective way for drivers to understand that there’s a highly vulnerable person out on the road.

“A reflective vest doesn’t offer the same richness of information as when we mark our extremities,” Tyrrell says, who advises wearing retroreflective bands on wrists and ankles that use cars’ headlights to bounce light back toward drivers. “Because the visual parts of our brains are hardwired to human movement,” he says. “We need to perceive not just a thing, but that it’s a person.”

Tyrrell’s says that living things have the intuition to recognize the movement of other living things. “Newborn babies can recognize other humans by their motion,” he says. “Even cats recognize other cats by the way they move.” By harnessing that natural instinct, Tyrrell says that when the arms and legs are lit up reflectively, drivers recognize not just a flashing object—that could be something like a sign, which could actually draw them closer in curiosity—but a living person with a specific age, gender, speed, and activity. “When drivers know what’s out there, they can predict the future, they’re more likely to know when that stimulus will be where.”

Our Top Picks for Bio-Motion Visibility 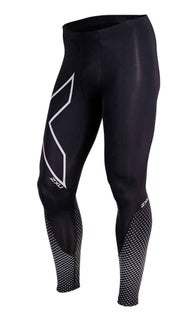 Nathan Reflex Reflective Snap Bands
Retro snap bracelets and bio-motion rolled into one. These retroreflective bands that attach to ankles, wrists, and packs are precisely what Dr. Tyrrell prescribes for effective visibility.
$10, Rei.com

Brilliant Iron-On Reflective Safety Strips
These highly reflective colored strips can be safely ironed onto any piece of running or cycling gear (including tech fabrics and shoes). Visible from 300+ meters.
$50 (multipack), Amazon.com