While running shoe brands have embraced the seamless and lightweight knitted technology since Nike unveiled their Flyknit series in early 2012, the cycling world has yet to jump on board. Alongside Nike’s extensive line of knitted running shoes, brands like Altra (Escalante) and Hoka (Hupana) have offered serious running models that use the knitted tech to create a lightweight, sock-like fit, but no major cycling brands have taken the bait until now. 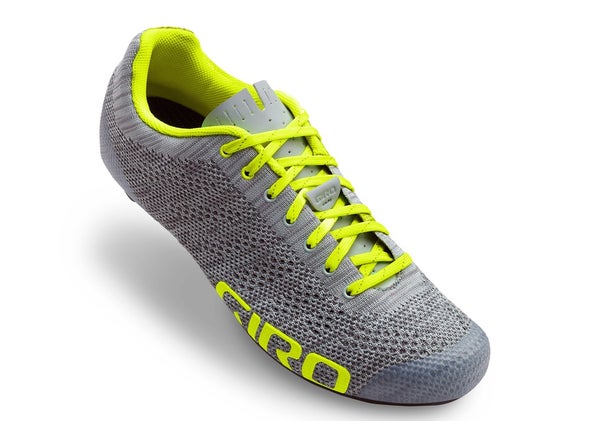 While Giro says the new Empire E70 has excellent breathability and ventilation, the 250g claimed weight also puts it in the middle to high end of other similarly-priced lightweight offerings. The added weight is likely due to the need for additional structure in the upper—something that’s unnecessary in knitted running shoes, but crucial for power throughout the pedal stroke on the bike. 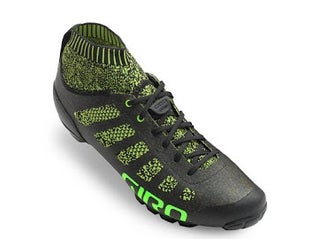 The line also features the mountain-focused Empire VR70 with a DWR-treated knit upper to repel water and a very interesting stretch-knit ankle cuff to keep out debris—great for XTERRA triathletes looking to ride sockless.

While the lace-up system for both the road and off-road versions may require some tri race day remodeling with elastic laces, the seamless construction still makes the Empire E70 and VR70 viable triathlon options.

Why You Should Lease, Not Buy, Your Next Pair of Running Shoes