Technology and the digitalization of training and racing have come a long way in the last decade—nowhere else are the leaps more apparent than in bike fitting. Pressure mapping, motion analysis outdoors, and metabolic analysis of different riding positions are three of the latest developments in this super high-tech segment of the cycling market.

GebioMized is a German bike-fitting company based in Münster and founded in 2005. Today, they also have studios in Germany and fitters all around the world. In the beginning, their approach was centered around the saddle contact point to increase comfort and stability through better saddle position, saddle choice, and a custom saddle solution. Over the years, they’ve developed their own pressure-mapping devices: They can now analyze the pressure in the saddle, in shoes, and on arm pads (the devices consist of a thin and flexible film for the saddle and the arm pads and measuring insoles for the shoes).

Their approach is highly individualized. Instead of fitting people within a range of standard body angles, they prefer to focus on the interaction between the rider and contact points, and on the main forces applied on those spots. Some of their bike fitters also use Leomo technology (see more below) to gather more information on how the fitting position works outdoors.

“I strongly believe that comfort and stability help both to increase power efficiency and aerodynamics, especially for long-time events,” says Daniel Schade, Gebiomized’s director. “That’s why we always create a biomechanical setup (as our foundation of the whole position) first before we start looking at aero improvements. Stability first, in our definition, means making sure the athlete can hold the TT position for as long as possible in the bike leg without a comfort-driven need to use the basebar position.”

Schade also believes that fitters should not hide behind a monitor. “Besides the whole tech part, good old observations and rider feedback are important parts of every fit session. I cannot think about a fit without looking at the position from all sides and discuss and analyze the discomfort, issues, and feelings of the rider deeply.”

Their clients include IM world champions like Jan Frodeno, Anne Haug, and Patrick Lange, but also those known for their devastating cycling legs like Cameron Wurf, Alistair Brownlee, and Sebastian Kienle. Lange first worked with  with Gebiomized and Canyon back in 2016, and he still rides that setup today. He usually does a bike fit twice a year, but that can depend on his needs to tweak it.

“The first time I saw them, I had problems with a saddle sore and with holding the aero position for a long time,” Lange says. “We worked with pressure mapping and Leomo in the lab as well as outdoors. We gained so much data over the last few years, and for me, it’s incredible to see what a big difference the little details can make.”

In their concept lab in Germany, bike fitting sessions range from $280 to $390. The lower end fitting includes seat requirements analysis, video analysis, saddle pressure, and assessment of pelvic stability and flexibility. Another service digs deeper into the ideal saddle model, pressure analysis on the arm pads, analysis of the backline, and a list of aero improvements for velodrome tests. The highest-end service includes all the above features, plus analysis of pedaling dynamics and technique, assessment of muscular requirements, and the possibility to order custom saddles and insoles.

The Colorado brand Retül was born in November 2007. During the pre-season camp of cycling team Slipstream Sport (now EF), founders Cliff Simms, Frank Vatterott, and Todd Carver digitized the riders’ position on their old bikes and then set them up on the new ones. They also conducted pre and post wind tunnel sessions, and five years later, they partnered with Specialized.

Retül is probably the most famous and popular bike-fitting technology and protocol worldwide. Its fitters use a standard approach and workflow (which generally takes 1.5 – 2 hours) and begin with an interview with the rider, followed by a physical assessment to benchmark their mobility and structure, a 3D motion, pressure, and power analysis, and a digitized bike measuring.

Retül fitters use both mechanical and digital devices: optical (3D) measurement of the body size; pressure measurement systems for pelvis, saddles, and shoes; dynamic adjustment of stem length, angle, and frame geometry; and a metabolic analyzer to understand what position is the best for a rider from a metabolic point of view. A motion database provides them with anatomical matches for shoes, saddles, bikes, and basic fit setup.

“The pillars [of Retül bike fitting] are data integrity and expert analysis,” says Carver. That said,  Carver talks about how he has fitted people all around the world and in various and curious setups, including closets, hallways, balconies, and cow stalls. “The system is validated as an accurate way to quantify motion, and our fitters are trained at the highest level to understand the measurements and use them to make the fit decisions that will help riders perform better with increased comfort.”

But even for Carver, bike-fitting shouldn’t be relegated to tech’s ivory tower. “During a fit, it is very important to step back and use your basic senses,” he says. “Pick up on how the rider looks, listen to how they feel, how hard they are working at this power. Those are the queues that will help interpret the data.”

Jake Yarronton, bike fitter at Precise Performance, based in Herriard, U.K., has been using Retül since 2016. The technology allows him to “see a lot of different areas of the athlete’s movement all at once,” he says. “For example, see how the knee’s lateral travel is affected by making a change to the riders saddle height. It’s millimeter accurate, and so you never miss the micro changes that can make all the difference.”

Yarronton goes on to say that he also believes observations and information gathered from the physical assessment are crucial to achieving the best results. “The old-school method is always in use,” he says. “I will never leave this method behind. The data and the technology are fantastic tools, but ultimately it all comes down to biomechanics and rider feedback.”

He says he has used pressure mapping before, but he doesn’t any longer. “Although the tech worked well, I found that riders would select the saddle which felt right to them in terms of comfort, over what they were being told by the mapping software,” he says.

At the Specialized Boulder Experience Center, a Retül Fit costs $350 and includes a pre-fit physical assessment, a scan of your body’s limitations for previous injuries and pains, plus a definition of your goals on the bike. Then, through the “Vantage Motion Capture System” they collect real-time, three-dimensional data from your pedal stroke. The data is put into Retül’s system to look at your numbers and dial you into your ‘perfect ride position.’ 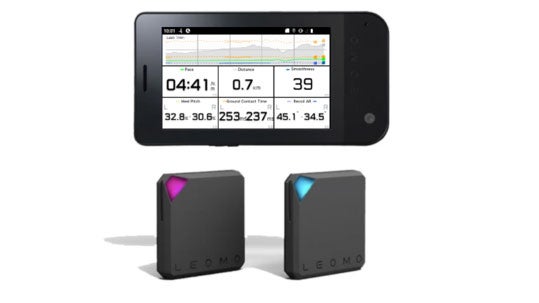 The Boulder-based brand is new to the market but has already brought a great deal of revolution to bike fitting. The Type-S, their new bike-computer unit, not only works as an alternative to something like a Garmin or Wahoo, but its Android operating system also has direct access to the Google Play store—making it more like a cell phone than a simple speedometer. Type-S can also be fitted with a nano SIM card and allows you to connect through 2G, 3G, and LTE connections (as well as WiFi). The unit has two built-in cameras and a GPS (for a total weight of 110 grams).

And yet it’s Leomo’s motion sensors that make the Type-S a unique and powerful tool for both bike fitting and coaching. The maxed-out bike computer can be paired with five motion sensors, each equipped with a gyroscope and accelerometer working on three axes which connect to the unit through Bluetooth. The data from the five sensors—which can be applied on the riders’ feet, hip, lower, and upper back—are then filtered into algorithms and spit out via “Motion Performance Indicator” values that help quantify all that motion data into something that makes sense. The Type-S has two internal Bluetooth chips, one for the sensors and the second one for other devices like a heart-rate monitor, or even headphones.

Leomo has also recently announced its new MPI for running, which works on the same unit and through the same sensors as the bike one.

Marco Orsini, Italian sports scientist and pro coach at Cycle Lab 360, has been using the Leomo Type-R (the first inception of the Type-S) for four years. He mostly uses it as a bike-fitting tool and, less often, as a coaching one. In his case, Orsini uses it outdoors, making sure his athlete’s position is sustainable in the real world, but tests on trainers and in the velodrome are also valuable. Orsini also uses Retül, the 3DMA, and pressuremapping technology.

“Leomo is highly versatile in regards to athletes and bikes’ functional assessments. The downside is that its battery does not last long [he’s using Type-R],” he says. “Of the tech systems I use, the one I prefer is the 3DMA [a 3D cycling analysis and bike fitting based on optical motion capture]. It has similar features of Leomo’s (the basic ones, except for torso angles), and it’s generally more comprehensive.”

Mexican coach Benito Flores of Sportsmetrics also uses all of the above technology together. He’s been using the Type-S mostly for bike fitting, but also for coaching outdoors. “I use it connected with a power meter, to measure the metabolic cost and the mechanical power in different scenarios, and at different intensities,” he says. “My focus is to analyze stability, (through pelvis and torso rocking and rotation), and analyze their kinematics and kinetics.”

The big value behind the Leomo system—for both coaches—is that the rider is no longer confined to a static, indoor setting while working on their bike fits. While studios are often a necessity, the beauty behind the Leomo system is that it takes the fit outdoors—allowing the rider to move in a completely natural way while still being analyzed in a quantifiable way.

The cost of Leomo’s new Type-S with two sensors is $450, while the unit with five sensors comes in at $800. Leomo also has a video capture app, the LVS, with a total of seven different subscription packages (from $30 a month to $6,000 a year). The app works together with Leomo’s sensors and gives instant feedback to coaches and fitters through charts and playback modes.

If You Don’t Get A Pre-Fit, Your Next Bike Purchase Could Be A Huge Mistake