The new Garmin Varia RT515 has a peloton mode, with a reduced light output so as to not blind other cyclists. Photo: Garmin International

Right now is a weird time for cycling outdoors. The good news is that more people than ever are looking to get outside—on bikes, on foot, on skateboards, even just driving to an overlook and checking out the view. The bad news is that a lot of those same people might be new to the outdoors; a lot of those same drivers might be a little distracted by their facemasks (why do you wear one in the car by yourself???) or other bigger things in general. We’ve written about lights before, and while you should be using them day or night, there are a host of other gadgets that will help prevent an accident and/or help you when something goes sideways. As technology continues to get smaller, better, and cheaper, triathletes should really consider getting the best cycling safety gear they can because we all want to be outside enjoying the wind in our faces—rather than a fan in the garage—but it’s important to be safe too, now more than ever.

First, we’ll touch on some points to help keep you safe while you’re out riding and then launch into five of the best pieces of cycling safety gear and tech (both super high and almost primitive) that every triathlete should consider.

This may seem obvious, but it’s also the last thing you want to do when you’re heading out for a ride—particularly if you live in a quiet area. But even if you’re going for a ride in the middle of the day on empty country roads, the reality is that you might need visibility more than ever, as drivers don’t always expect cyclists out in the middle of nowhere. Bright colors are a good start—imagine you’re taking a picture of yourself riding, you want to stand out from the background as much as possible. You should catch a driver’s eye from a mile away. Daytime running lights are also a great idea to help get a driver’s attention. Just remember, even the best cycling safety gear doesn’t do a bit of good if it’s not charged and on when you head out. Though it might be a hassle that doesn’t seem important, it is.

It’s safe to say that almost everyone rides with a cell phone today, but being reachable is more about taking your phone out and calling for help if you need it. There are a host of apps and devices that will help track where you’re going so friends/family know you’re ok. There are even devices that will reach out to an emergency contact if a crash is detected or you trip a signal. In fact, it’s a common but often-overlooked feature on a lot of smartwatches and GPS cycling computers. Again, those devices and services don’t mean a thing if they’re not set up, turned on, and explained to those whom might get an odd text while you’re out riding. Take it seriously because when you need it, you’ll need it right away.

Aside from simply paying attention to your surroundings, being vigilant also means communicating to those around you, and not assuming they can read your mind. Remember those old hand signals that you’ve seen people use? Bring them back. Don’t just assume you can run a stop sign because there are no cars there at the moment—what if another cyclist or driver decides to do the same thing and doesn’t see you at the intersection?

Same thing with “guarding your space”—if there’s not a safe area for you on a small road, be intentional about what you’re going to do. If you’re going to take the lane, signal you’re doing so, and wait until it’s safe. Also use contextual clues—if there’s a huge truck that says “Kill Hippie Scum” and helmeted skull stickers denoting the amount of cyclists they’ve run off the road, maybe pulling into a driveway and letting them pass is smarter than trying to explain your right to the road from inside a neck brace. That said, there are devices that can help “be your witness” if something does go wrong, so you can even use some cool tech to help with your vigilance.

While one could write a book about the different ways to try to be safe on the road while cycling, let’s move on and take a look at some gear that’ll help to give you a leg up on the road “competition.” 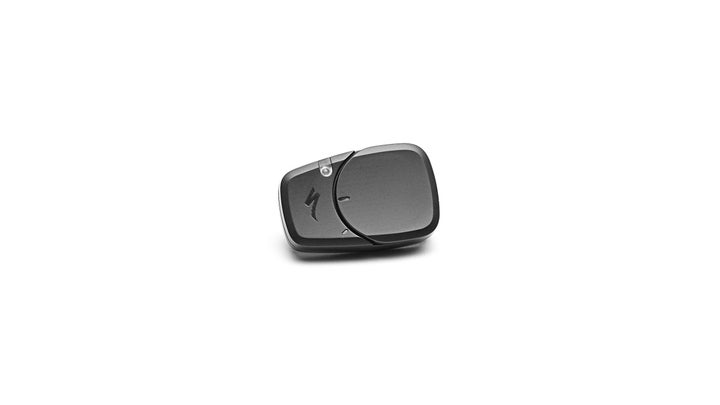 Ok, this one is first because it requires almost no legwork to set up, it doesn’t need to be recharged, and it’s the bare minimum of common courtesy you can give your loved ones/friends for being a triathlete who gets to go for bike rides by themselves. Specialized’s tiny device not only notifies an emergency contact when a crash is detected (after a small countdown to let you “disarm” it if you’re ok), but it also acts as a “last known location” when you head out of cell service. Before you go out on your ride, you enter in an estimated ride time, and if you go well outside of that time to return, it marks and saves your last known GPS coordinates to send to your emergency contact, helping them with the search if something has gone truly wrong. Specialized has this equipped in a few of their helmets, or you can buy the little device and affix it to any brand. 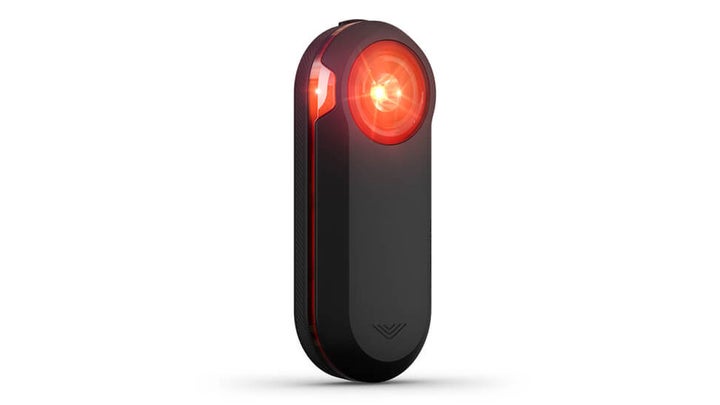 Our sibling site, VeloNews, recently wrote up a full review of the new Varia, but in short, this little device acts as a radar to detect approaching vehicles from as far as 300 feet away. When paired with a Garmin Edge, compatible smartphone, Garmin smartwatch, or radar display unit, it provides a visual cue to let you know if something’s approaching, how close, and even how fast. New upgrades to this device over the old version include a “Peloton mode” to darken the included rear light when riding in a group and BLE compatibility. 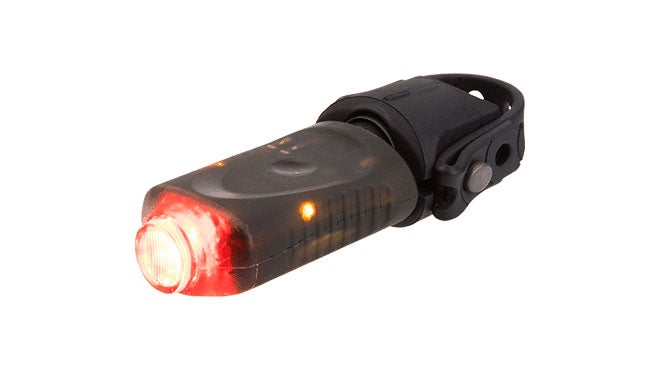 While we’ve done full rundowns on lights for cyclists, this one is unique because it’s so powerful (you can be seen from over a mile away) and easy to use with some super clever smart features. We like the fact that the rubber strap wraps around a lot of seatposts, but for those with crazy aero posts, it works well on chainstays too. A 6-hour runtime and smart on/off means it’ll fire up when you start riding and stop when you’ve been parked for a while—so you won’t find a dead light when you go out for your next ride. USB rechargability and a clever locking system round out this excellent light. 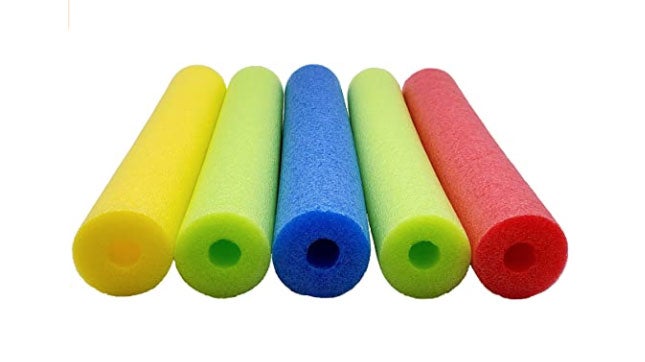 Ok, bear with us on this one: If you’re a true low-tech DIYer, nothing screams, “Give me attention and give me space!” more than a foam noodle jutting off to your left side. While you may not want to “ask” for the full three feet of space with a three-foot noodle dangling in the wind, if you ride in a busy enough area, strapping a couple feet of bright noodle off your side is a great way to make sure drivers give you enough room. Obviously be careful you don’t ride into anyone from behind and tap them with the noodle, but if you refuse to spend a lot of money on a cycling safety device, this little hack might just do the trick. 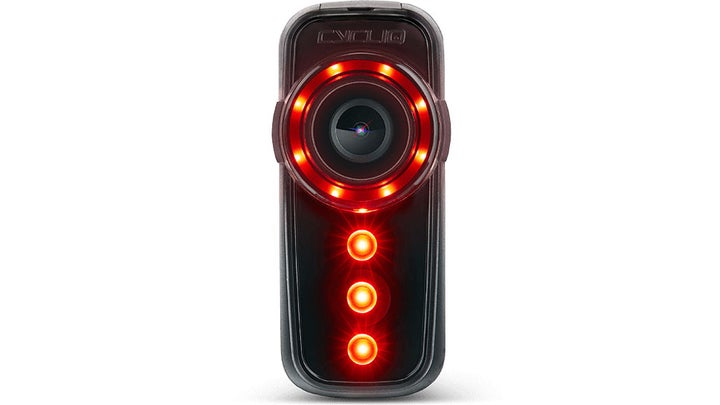 In terms of “bearing witness,” there isn’t much out there that’s better than the newest version of the FLY6 rear camera/light. With up to 7 hours of continuous recording and 4-5 hours of recording with the bright, 100-lumen lights on, this HD camera makes sure if something does go wrong, there’s a record. Controlled via Bluetooth with a smartphone or ANT+ and a compatible Garmin device, this camera automatically overwrites old footage to ensure it’s always running and in the event of a crash locks the footage and audio for the period surrounding the incident.

How Triathletes Got the White House to Prioritize Cyclist Safety