With one of the larger prize purses offered to professional triathletes, the Lifetime Fitness Series always brings out some of the top athletes in the sport.  The kick-off race for the 2009 series will take place this Saturday, July 11 in the Lifetime Fitness Corporation’s hometown of Minneapolis, Minn.

Last year’s winners, Canada’s Simon Whitfield and Australia’s Emma Snowsill, will not be defending their titles. While their absence will be noticed, the overall series winners, Australian Greg Bennett and American Becky Lavelle, will be racing and looking for a strong start to the five-race series.

Bennett will face tough competition with Americans Matt Reed and Andy Potts toeing the line on Saturday. Also racing will be reigning Ironman world champ Craig Alexander of Australia. Since his victory in Kona, Alexander has earned four Ironman 70.3 victories, including a sprint finish win in Boise.  While Bennett, Potts, Reed and Alexander are likely the favorites, the winner is hard to predict with several other top men racing. Australia’s Clayton Fettell and Simon Thompson, Great Britain’s Paul Amey and Minnesota’s own David Thompson.

While the women’s lineup isn’t nearly as deep as the men’s, the quality of female athletes racing on Saturday is top-notch. Joining Lavelle will be last year’s runner-up in Minneapolis, American Sarah Haskins. Also racing will be Americans Rebeccah Wassner, Laurel Wassner, Sarah Groff, Great Britain’s Julie Dibens and Australian Pip Taylor. At the pre-race pro dinner, Taylor pointed out that almost every female racing on Saturday boasts strong swimming skills. We should see fast times out of the water, with that momentum likely carrying onto the bike.

Check back to Triathletemag.com for continued coverage from the Lifetime Fitness Triathlon. Also, we will be twittering from Minneapolis with the latest news from the race at Twitter.com/triathletemag. 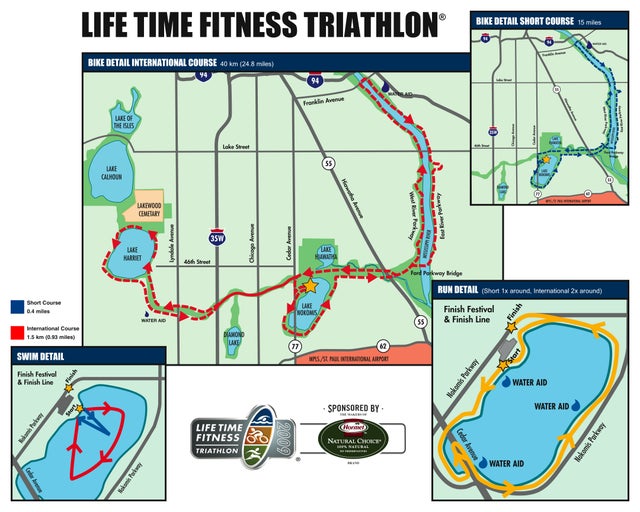