No wildcard entries will be given for the 2011 Ironman World Championship.

See the press release from Ironman.com below: 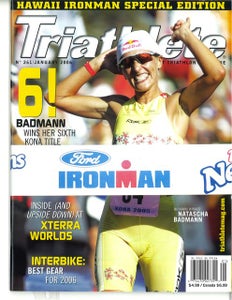 Introduced in September 2010, the Kona Points Ranking (KPR) qualifying system has allowed professional athletes the opportunity to race and accumulate points at 85 qualifying events throughout the season. KPR rankings have been updated weekly, giving athletes the ability to track their points and positions in the ranking. Athletes who have earned their slots through the KPR qualifying system will race at the Ford Ironman World Championship.

Six-time Ironman World Champion Natascha Badmann has been granted a one-year extension of her five-year Automatic Qualifying (AQ) entitlement. The extension follows severe injuries sustained while racing at the 2007 Ford Ironman World Championship. Badmann’s extension does not impact the KPR qualifying system and will not prevent any other athlete from claiming her spot at the starting line.