Do you dream of racing the Ironman World Championship? We caught up with seven hard-working age-groupers who will get the chance to compete in Hawaii on Oct. 8. Here’s how they got there. 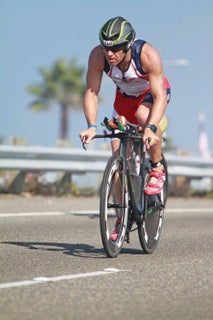 How he punched his ticket: “As a young boy, I remember hearing a member of my small community recount his humbling experience in Kona,” Plotts says. “From that point on I held a certain fascination and awe toward Ironman.” While he played team sports in high school and college, including both football and baseball at West Point, he knew that someday he wanted to test his own individual limits on the Big Island. He’s served in the military for the past decade, most recently with the U.S. Army Special Forces, but it was difficult to find training time—he raced his first tri in 2009, and his first Ironman in 2015. “After enduring the record heat in Coeur d’Alene, I saw improvement on a wet and cold morning in Whistler, but still fell a few places short of qualifying,” he says. “Despite a bit of burnout from racing two Ironmans in 30 days, everything came together at Ironman 70.3 Superfrog,” where he won the military division and earned his Kona spot.

His 2016 Kona goal: “I’m pretty competitive and would like to have my best race yet, but running down Ali’i Drive will be a dream come true and a goal completed.” 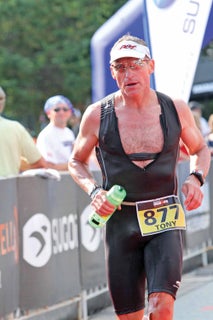 How he punched his ticket: “Although I did not take up the sport of triathlon until 2005, having watched Ironman on TV as a youth, it has always been a dream of mine to race in Kona one day,” Biernacki says. Realizing his dreams was put on hold, though, as he has suffered from three strokes, the first coming at age 42, despite being fit and healthy. He lost partial vision during his second stroke (it’s mostly returned), and his third stroke was seven years ago. He and his wife, Kristen Bridges, have raced at the Ironman 70.3 World Championship multiple times, and the pair stepped up to the full distance last year at Ironman Muskoka. “Going into the race we were not expecting much, as this was our first full ever,” he says. “I was first off the bike and ran well for three-fourths of the race and then was passed. I was able to hold onto third, thus qualifying me for the Big Island. My wife also qualified for Kona by winning her age group (40–44). Our two kids are excited that a family trip is planned for Hawaii in October.”

His 2016 Kona goal: “At the last 70.3 worlds, I was at the wrong end of my age group—my time would have put me on the podium in the next age group,” he says. “This year I have taken some time off from work for training and I’m injury free, so my goals are high—aiming to podium on my second attempt at the full distance.” 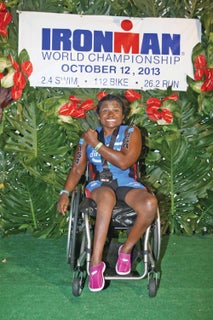 How she punched her ticket: In 2013, Dentler became the first female handcycle athlete to complete the Ironman World Championship, and she was subsequently a nominee for an ESPY Award for Best Female Athlete with a Disability in 2014. (Her legs have been paralyzed from contracting polio as an infant in India.) The three-time Ironman finisher qualified this year by winning the female handcycle division at Ironman 70.3 Luxembourg in June. “Kona is a challenge that I just can’t pass up,” she says. “I’m excited for the opportunity to compete and test my physical toughness and mental strength once again. This time I’ll have my 18-month-old daughter, husband, parents and closest friends with me in Kona supporting me.” 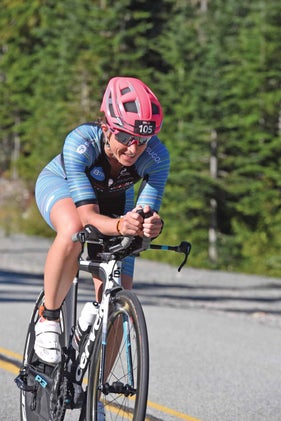 How she punched her ticket: Corker is no stranger to Big Island racing, as this will be her third time competing at the Ironman World Championship. Luck was on her side when she landed a roll-down spot for the 2012 race. “Finishing an Ironman was a huge childhood dream; qualifying to race in Kona felt pretty surreal,” she says of the experience. She earned her spot outright for last year’s race, where she finished 10th in her age group. This year, she claimed her slot in style as the first woman across the Ironman Canada finish line in 10:12:28 (there was no professional women’s race). The next couple of months will be busy for Corker: “The Big Island is a place of big dreams—this year I will be racing two weeks after my wedding day, so dare I say that this will feel like a honeymoon?”

Her 2016 Kona goal: She is ready to break onto the age-group podium (top five) and receive one of those coveted umeke bowls for the first time. “Umeke or bust!” she says. 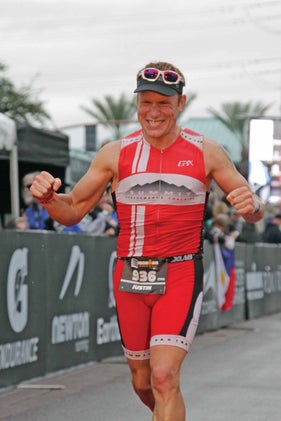 How he punched his ticket: “I originally set an outrageous goal of qualifying for Kona eight years go after seeing an Ironman special on TV over Christmas break as a way to overcome my fear of water,” Samples says. “After some initial improvement, I decided to get serious after my mother was diagnosed with terminal breast cancer, and I dedicated my races to her fight and determination to beat the disease.” He came close to earning a spot a couple of times before deciding to put everything into the 2015 Ironman Arizona race with a goal of qualifying while his mother was still alive. “With that motivation and the help of my wife (who’s also a Kona qualifier), I was able to finally push through and chase down a slot with a half mile left in the race!”

His 2016 Kona goal: “To simply enjoy the experience and be thankful for the opportunity to be out there with the family,” he says. 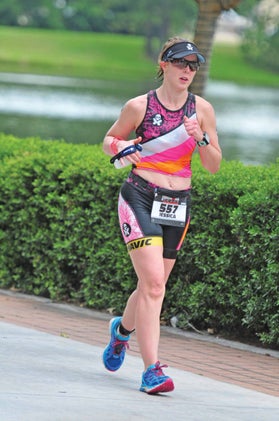 How she punched her ticket: Baxter is no stranger to Ironman racing (this will be her seventh time competing at the distance), but this event comes with an extra task—she earned her spot by committing to raise $40,000 for Women for Tri, an initiative created by Ironman and Life Time Fitness to draw more women into the sport. “It will be my biggest challenge yet as it requires me to reach further, dream bigger, and pull together a community of people to make it happen,” she says of the big target. “I’ve heard countless stories of how the sport has changed women’s lives. … Wouldn’t it be great to see more moms, wives, sisters, coworkers and friends experience this same transformation when they cross their own finish line?”

Her 2016 Kona goal: Fittingly, Baxter’s goal falls in line with the overall mission of Women for Tri. “I aim to represent and inspire women of all ages and abilities that you can do this too with three things: determination, support and a dream,” she says. 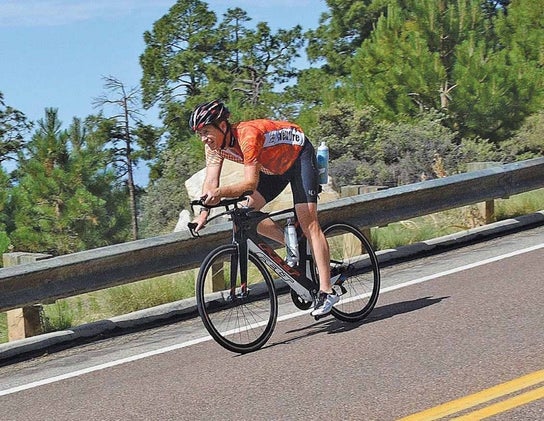 How he punched his ticket: Burns is one of 100 athletes who will be competing thanks to Ironman’s Legacy Program, which rewards the brand’s most loyal athletes (an athlete must have completed 12 Ironmans to be eligible). After competing in more than 50 qualifying events, spanning 26 years, he is finally headed to the Big Island. “Ironman Hawaii is a lifelong goal, one that I dreamed of completing since I was a child,” he explains.

His 2016 Kona goal: While simply getting to race in the Ironman World Championship has always been the mission for Burns, recent personal events have changed his perception. “My goal for decades has been to take my one shot and make it count,” he says. “But that all changed earlier this summer, when my lifelong friend and fellow Ironman competitor, Greg, had his brain cancer return. We made Oct. 8 a goal for both of us, and the race was dedicated to him. Unfortunately, he lost his fight with cancer in July. Now, I train and race to honor him. He valued friends and family experiences above everything. So on Oct. 8, I will be smiling and sharing the days with as many friends and family as possible living a dream.”