Defending champions Luke McKenzie and Belinda Granger of Australia will return to Langkawi, Malaysia to look for the first Ironman wins of 2010. 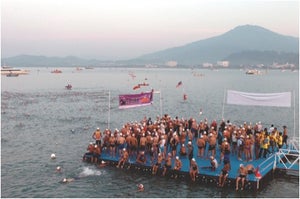 Both athletes will no doubt face hot conditions and tough competition from their fellow racers. McKenzie is a fan of racing several Ironmans in a season, and his biggest threat to defend could come from another athlete with the same philosophy. Belgium’s Marino Vanhoenacker is fresh off of a win at Ironman Florida and has at least three Ironmans on his schedule this year.

Check back to Insidetri.com for a complete race recap.