Six teams and individuals who advanced the sport with wild, wonderful ideas—and their visions for the future.

Bragging rights: Their slippery Shiv TT bike has topped the podium at six of the last eight men’s TT world championships. This is the power team behind it and everything else aero from Specialized including the Venge, Prevail Helmet, S-Works Turbo Tires, S-Works Evade Skinsuit, Roval Wheels and more.

In 2012, Specialized built its own wind tunnel, called the Win Tunnel, next to its headquarters in the San Francisco Bay Area. That permanent, anytime access means the Aero Team has no excuses when it comes to creating the sleekest designs. “If we mess up,” says Cote, “it’s only because we didn’t listen enough or push the boundaries far enough.”

What’s next: In the future, Cote sees a mix of more speed with better handling. “Storage will get more seamless and bikes will get crazy fast but also be able to be handled in all wind directions.”

Yu agrees, but adds that he believes riders will have to sacrifice in other key areas. “I think we’ve reached a peak in the arms race for visual integration as evidenced at Kona [last] year,” Yu says. “I see faster, more integrated systems but in ways that allow less compromise in terms of weight, usability, traveling and handling.”

Farther down the road, the team sees the bike doing more to help an athlete gauge their effort in training and racing. “Bikes will also need to become a command center for the athlete by providing information and guidance on how to achieve the best performance,” says Yu. 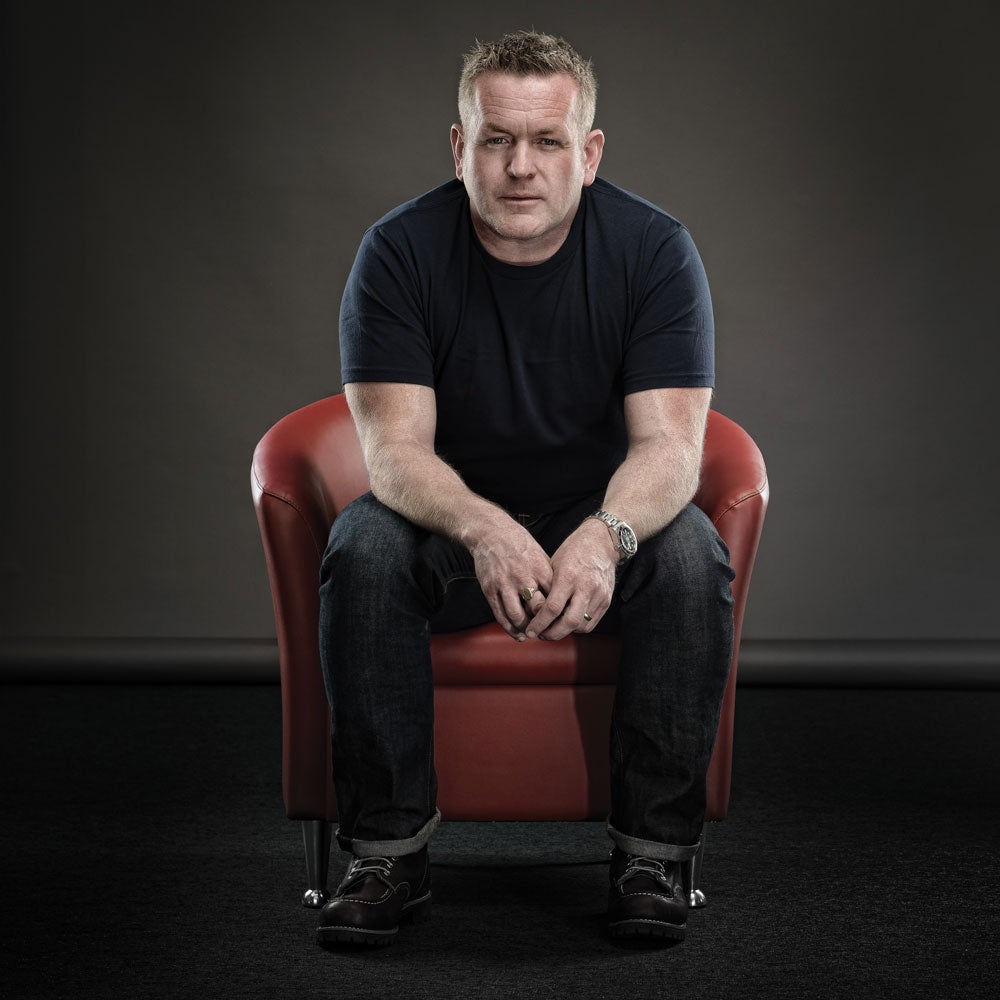 Bragging rights: Pioneering wetsuit buoyancy testing. Dean Jackson has never been satisfied with the status quo. “One of my frustrations with wetsuit companies early on was that there was so much talk about buoyancy, but no one had done any testing,” Jackson laments. So he tested. HUUB invested more than $350,000 in developing its M.A.D. (measure active drag) system—an advanced version of the system invented by Huub Toussaint, the company’s namesake and a key researcher at HUUB Design. The M.A.D. system uses 17 force plates across the bottom of a pool to measure the amount of force a swimmer must exert to move a certain speed. The idea is that less force for more speed means less drag—and faster swim splits.

HUUB’s M.A.D. system, one of only three in the world, has allowed Jackson to completely rewrite the book on what makes a triathlon wetsuit fast with a few key discoveries. First, he found that women need much less buoyancy than men because they tend to have more body fat, making them naturally more buoyant. Second, he found that the traditional thinking behind how much buoyancy—and where it was located—was completely wrong. Jackson’s testing showed a 3 percent decrease in frontal drag for triathletes, who are more likely to have dense leg muscles, by putting less flotation on the chest and more on the thighs and hips.

Jackson’s refusal to follow the herd has also landed him in hot water. After publishing the results of a test that showed a 30 percent discrepancy in advertised versus actual buoyancy in Yamamoto Aerodome neoprene, Jackson says he found himself in trouble with the manufacturers. “We never take anything from a supplier as gospel,” he says, unrepentantly.

What’s next: While HUUB relishes its role as the WikiLeaks of triathlon wetsuits, it’s also using its singular knowledge bank to branch out. Jackson says HUUB is now looking at making athletes faster outside of the water and is exploring the aerodynamics of his already water-fast tri suit. HUUB is also developing a way to improve swimmers’ biomechanics through the use of its patent-pending strapping system—codenamed “The Constrictor”—to reduce the way a body “snakes” through the water, losing precious efficiency in the process.

Bragging rights: Graveline invented the Smart Bike program, which debuted at Eurobike in 2016. It’s the very first to integrate sensors into a bike that give a rider real-time drag data. Graveline headed up the program, using his degree in electrical engineering and more than 30 years experience in the software industry with companies like Hewlett-Packard.

What’s next: The Smart Bike is currently only available on Argon 18 bikes, but the brand hopes to have a separate nose cone that would work with any bike by late 2018. In addition to making aero data more available, Graveline sees a push for a more holistic view of the rider as the future of cycling tech. “We are creating a platform that consists of software and sensors that will measure and analyze the whole athlete and performance experience,” he says. “This is not about one specific view—aerodynamics or training or physiology; it’s a 360-degree view of performance, training, efficiency and recovery because they are all very intertwined.”

Bragging rights: The hedge fund manager is a passionate cyclist and triathlete who has spent the last two decades supporting up-and-coming athletes in both sports. He’s been one of the main sponsors of Olympic champion Gwen Jorgensen, first under the Hincapie Sports brand and now as the Island House, a boutique hotel in Nassau. The businessman feels strongly that the current sponsorship setup in both draft-legal (ITU) and non-drafting races (namely 70.3 and Ironman) is poor. “You really don’t get visibility by just sponsoring an athlete,” Holowesko says. “Not that it’s a waste of money, but if you want to help the sport and do promotional work … there is probably a lot better use of your money.” While having a conversation along those same lines with professional triathletes (and now husband and wife) Luke McKenzie and Beth Gerdes, the idea for the Island House Invitational Triathlon was formed. The three-day stage race kicked off in 2015 and welcomed top triathletes from both the ITU and long-distance circuits to compete for a share of a $500,000 prize purse, the third largest in the sport after ITU and Kona. The 2016 edition was similar, except that it featured slightly different formats and an elimination stage that limited the number of athletes who competed on the final day. The race, which is later shown on a one-hour national television broadcast, gives Holowesko’s company a “bigger bang for our buck.” Though he’s not willing to divulge the specifics, he says it’s a profitable investment.

What’s next: The event will be similar in 2017 (except two days instead of three), but Holowesko confirms there will be multiple races that will serve as qualifiers for the main event in the Bahamas starting in 2018. Though he’s not yet revealing exactly how it will work, he says providing sponsors with opportunities that have yet to be seen in triathlon will a big priority. “Sponsors will have better input and better say in a race like ours through a format that’s commonly used in other sports,” he says. 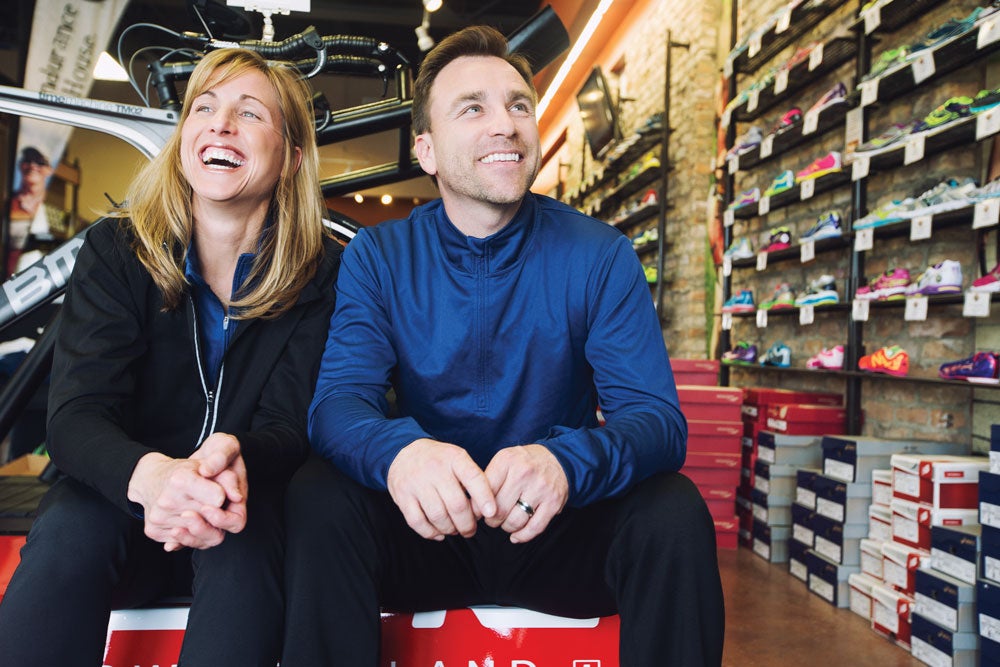 Bragging rights: Creating the first successful tri shop franchise model. Husband-and-wife team Jamie and Tara Osborn founded the first Endurance House—a specialty triathlon and running/walking retail store—in 2007. While the concept of a triathlon retailer wasn’t necessarily a novel idea, their approach to expansion was: In 2011, the Osborns licensed the Endurance House brand to their first franchisee. A year later, they decided to focus entirely on building the franchise model and sold their original shop in Middleton, Wis. Now Endurance House has 16 stores open in nine states—all of which are locally owned, not corporately controlled. “I like to think of Endurance House as a sandbox,” says Jamie. “We create the walls of the sandbox, and within those walls, our owners can build their castle and be creative.”

The Osborns’ experience with vendors, real estate, staffing, etc. may be the common structure that helps get any business started, but their unique shop model is something that few have perfected. “[Owners] basically create their own club or team. All of the kinds of things a club would do are provided within Endurance House’s walls,” says Jamie. Each Endurance House focuses on recreational triathletes and hosts local runs, workshops, monthly social events and even complete training programs and coaching for team members. Instead of partnering with a local club that offers discounts—like many shops do—Endurance House does it all under one roof.

What’s next: Like all entrepreneurs, the Osborns are looking ahead. They’ve been developing a unique e-commerce platform that will allow online shoppers to purchase products from a centralized website but with local fulfillment. “The website’s intention is to support our franchise stores,” says Jamie. “At some point along the purchasing process, the consumer decides where the product ships from.” This way many customers will still be able to “shop local” with the convenience of being at home.

Bragging rights: With their company, FLO Cycling, the Thornham brothers have bridged the gap between design, engineering and consumer-direct sales, bringing high-quality technology to the masses. Both mechanical engineers, the Thornhams wanted to figure out a way to manufacture fast wheels affordably. The year was 2009 and their timing was perfect—the patent on toroidal rim shape for aero wheels that Zipp and HED co-owned was about to expire. So the “FLO bros” set out to create their own toroidal wheels out of more affordable carbon fiber, which they decided to sell in a business model that was ahead of its time. “At our first Interbike in 2010, when we were kind of thinking about the idea [of starting FLO], most people said to us, ‘You’re going consumer-direct? Don’t do that. It’s not going to work.’ And they gave us a hundred reasons why,’” Chris says. “I don’t know if it’s the way that my brain works, but I can’t see it any other way.” In its first year, FLO shipped wheels to 28 countries, something the brothers are convinced would never had happened had they gone the retail route. “There are all these companies that are starting to grow and grow and grow in the direct space, and there are going to be some shifts coming soon, I would project,” Chris says.

On top of the consumer-direct model, the Thornhams created a charity. When they started the company, they also launched Bike for a Kid, which provides bikes and helmets for children in need. FLO now donates 1 percent of all wheel sales to the program, and almost 1,400 kids have received new bikes so far. “Our whole lives, we’ve been involved with volunteering and charity of some sort, and when we started a business, it was just a natural extension of who we are,” Jon says, “and we wanted it to be part of our culture as a business.” FLO remains a staff of two—the other jobs are outsourced or contracted. Yet one job they like to do themselves is customer service—if you call their customer service line, it’ll ring straight through to either Jon or Chris.

What’s next: The Thornham brothers want to examine all the little things that make wheels faster. “Aerodynamically, not that we can’t make any improvements, but the major improvements, the major gains that you’ve seen in technology, have kind of hit a road block,” Jon says. “Even though everyone has their own design approach, we’re all sort of landing at this peak. So the question becomes, ‘How do we get something more out of a wheel?’” To find the answers to those questions, they built a custom computer and rode it on four different Ironman courses to collect wind data. They used the data to work with a computation fluid dynamics software company (essentially a wind tunnel in a computer) to build an algorithm and “solve” for the fastest wheel. They’re also studying things that happen internally with tires (pressures, casing tensions, rolling resistances). “That can lead into mountain bikes, that can lead into road bikes,” Chris says. “It can lead into a whole number of different things, and that’s kind of what we’re studying now and the direction we’re going to head.”

Inside the San Diego Wind Tunnel

Get Aero Without a Wind Tunnel with These Hacks