This is the story, in photos and details, of how a small ‘60s locker room and its surrounding fields became a modern monument to the UK’s biggest champions of triathlon—and an international beacon of the sport’s future.

“Just over four years ago, I remember standing in a field drawing circles in the mud whilst the Brownlees trained,” says Brownlee Centre facility manager Martin Roscoe. By his side were Jack Maitland and Malcolm Brown, the legendary triathlon coaches who helped Alistair and Jonathan Brownlee win their four combined Olympic medals. 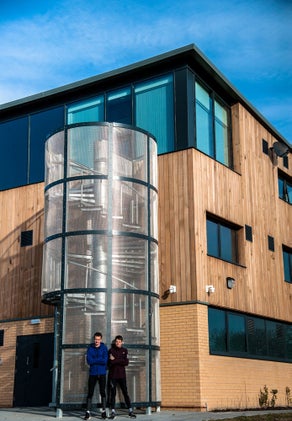 Each man had a long history with the plot of land located 3 miles northwest of the University of Leeds’ main campus, approximately 40 miles northeast of Manchester and almost 200 miles north of London. It’s where cross-country runners have trained for decades, the British national cross-country championships have been held, and local athletes and Leeds alumni, the Brownlee brothers, trained their way to Olympic glory.

The terrain features flat, fast sections, slow, hard hills, woods, and a pond. It was once flanked by a flat-roofed, blockwork locker room built in the ‘60s and used part of the year for rugby and soccer. And because of a bit of serendipity, lots of passion, and a splash of
star power, it was going to be transformed. As Roscoe puts it: “What started off as two muddy circles drawn with sticks, four years later became a state-of-the-art cycling and triathlon facility.”

The serendipity was in the timing. In 2014, the Tour de France kicked off in Leeds, igniting a local frenzy for the sport that British Cycling and Triathlon both wanted to support. They fancied building a cycling circuit closed off from roads where anyone could come for lessons, training, and leisure.

Meanwhile at the university, a desire to invest in triathlon was already growing, thanks
to the intertwined passion of Brown, Maitland, and the Brownlees’ success. Brown and Maitland started the university’s triathlon program in 2002 with just four students. Six years later, Alistair Brownlee toed the line at the Beijing Olympics, ultimately placing twelfth, and making the university take greater notice of triathlon and its potential recruiting power. Now, two years after Alistair and Jonathan took the top podium spots in Rio, the triathlon program has grown to more than 80 students.

Throw in Brown’s extensive connections to each entity, and the potential to collaborate on a facility befitting past and future Olympians—while benefiting the local community—took flight. The university contacted local architecture firm Farrell & Clark, which had completed over 100 projects on their main campus over the past 27 years, to ask about reimagining the old sports pavilion to focus on triathlon. Construction started in July 2016, and the Brownlee brothers cut the ribbon on April 28, 2017. It memorialized the brothers’ incredible contributions to the sport, certainly, but also that of Maitland, and Brown, who retired at the end of last year.

“When coaches move on, there’s worry the program is in danger,” Brown says. “But when you’ve got a building, it’s an investment—it’s more than personnel. It’s a statement, really, that the legacy will go on.”

Here, Brown, Roscoe, and the architects give us an inside look at the design details—and spirit—that make the Brownlee Centre and its surrounding fields and cycle circuit one of a kind. 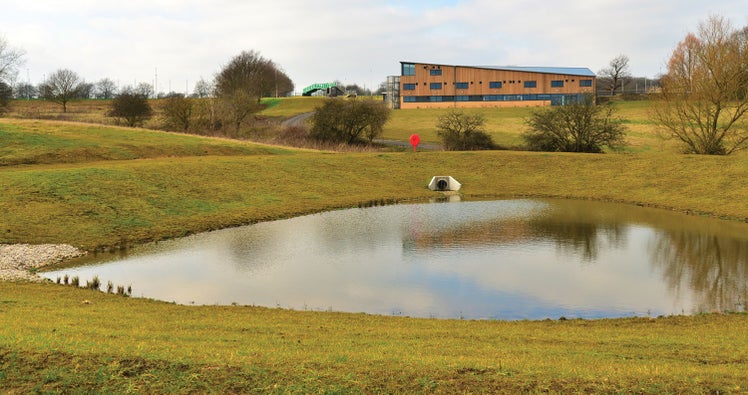 The challenge: Use local materials to soften the appearance of the existing building, while simultaneously making it stand out.

The overhaul: A second floor was added for social space, along with new windows, doors, and insulation. A coach’s room was created for one-on-one meetings with elite athletes, as well as a medical evaluation room.

The external staircase came from a requirement to accommodate several sports teams in the social space at once. Fire regulations demanded two staircases, so they designed the outside staircase clad in a stainless-steel mesh, with a polyester powder coated frame, out of necessity, and to add an element of interest on the tallest façade of the building.

The strong roof transformed the overall look of the building from its former flat-topped design. The inside wooden trusses are Roscoe’s favorite element. “It’s very cathedral-like and lovely,” he says.

When Brown and Roscoe started coaching tri in Leeds in 2002, the city had no history in the sport. Now Brown uses the Centre as a shining example of how cities not traditionally thought as tri hubs can “create excellence in their own backyard.”

The bridge was part of the London Olympics, used at Queen Elizabeth Olympic Park, the hub of the 2012 Games.

In addition to triathlon training, the track hosts cycling classes, open cycling for the community, races, and elite race walkers. “The Brownlee Centre is very egalitarian,” Roscoe says. “No matter who you are, you’re welcome to use the track.”

When Brown would start training sessions with the Brownlees, he’d tell them two things: You should get used to changing out of your tracksuit outdoors, as you would the morning of a race; and when you win an Olympic medal, you’ll get a tree named after you. The Brownlees remembered that second promise and flipped it; when Brown retired, they planted a Roan sapling next to the cycle circuit where they used to shed their tracksuits.

The cycling track is almost a mile long and 20 feet wide. It can be split into three different sections for training sessions or the use of adaptive bicycles.

The track contains both flat and hilly sections, with about 40 feet of elevation gain per lap. 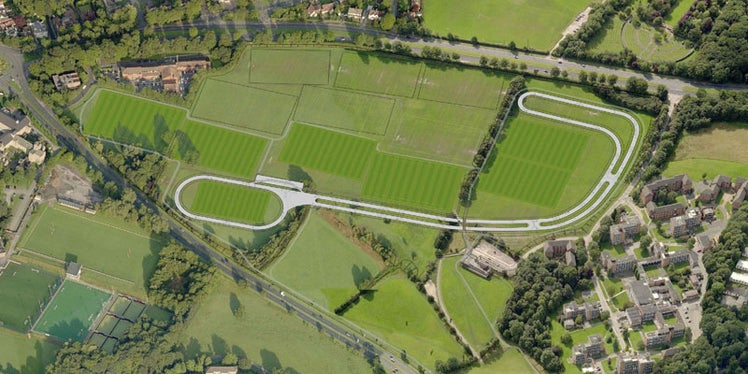 Triathlon News & Notes: Olympians Feted, Athletes Added to Pho3nix, and Man With Laryngectomy to Race Half