Kilderry at the Escape the Cape Triathlon Swim Clinic. Photo provided by Delmosports.com.

Coach Jason Kilderry passed away last December at the age of 35.

Jason Kilderry didn’t cut an imposing figure: Slightly built and lanky, with a crop of orange hair and a spray of freckles across his angular face, Kilderry looked more like a college kid than the 35-year-old father that he was. His quick, self-deprecating wit—always making fun of friends or himself—underscored his impish appearance.

But, Kilderry made an impression. 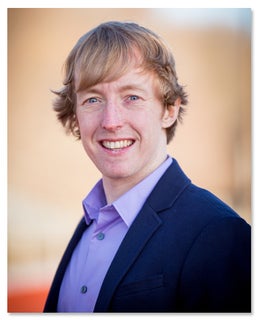 Kilderry, who passed away on Dec. 18 after a brief battle with a rare and often incurable form of lymphoma, lived life loud and in full color. Whether he was guiding newbie triathletes into an open water swim for the very first time, hosting training camps in Lake Placid, or sipping pints at his favorite Irish pub, he’d be quick to insert himself into the center of the conversation, offering up opinions on just about everything—and always backing up his thoughts with scientific research.

In fact, it seems like the one thing Kilderry did quietly in his life was dying. So much so that his closest friends weren’t fully aware of how quickly his health was deteriorating, his passing taking many by surprise. After all, he had beaten death once before  when he nearly succumbed to polycystic kidney disease and wound up receiving a kidney transplant at the age of 27—an experience that curtailed his own triathlon career but launched him into the coaching arena.

But this time was different. The cancer was spreading at an accelerated, unstoppable pace, though he never really let that on. Because in his final weeks, Kilderry continued to coach, tweaking training plans and communicating with his athletes. He even fired a few of them.

“He told me, ‘I’m fighting for my life and they don’t have time to work out? I don’t need that,’” says Stephen DelMonte, owner of race management company DelMoSports and a close friend of Kilderry’s. “That’s just the way he was. He’d be the first person to call someone out. And whether you wanted to or not, you valued his opinion.”

With a master’s degree in Movement Science and Kinesiology and a dream to become a college professor, Kilderry rooted his coaching philosophy in science. Every training plan he hatched, every tweak he made was influenced by evidence-based health and fitness methods.

“I have yet to know or find another coach who knew the science behind endurance sports training and racing better,” says Timothy Gallagher, one of Kilderry’s athletes since 2014. “He would give me a workout to do, and if I’d ask his thought process behind it, within minutes I had studies from PubMed.”

Christian Whipple, who joined ETA as a coach in 2013, laughs when he recalls having to adopt Kilderry’s methodologies.

“I feel like I could have college credits for what he used to put me through. He’d have me read science reports,” Whipple says of his longtime friend. “And if I didn’t agree with it, he’d argue until he got his point across. His mission was to coach through science and to avoid the cookie-cutter training programs.”

His method worked: Armed with research, Kilderry would instill confidence in his clients, who ran the gamut from rookies to world championship qualifiers.

“He’d say, ‘I know you can do this, and here are the facts telling you why’,” says Judy Hirt, who, under Kilderry’s guidance, completed her first Ironman last fall. “I believed him. I never had the confidence to dare to dream to do an Ironman before, but Jason reassured me. He knew exactly how to get me there, without injury, and we reached that goal together.”

Laura Pyott, a close friend and client of Kilderry’s, lauds his gift of making instant connections with nearly everyone he met—especially his athletes.

“He coached on such a level that made you feel like you were his most important client,” she says. “It wasn’t just how he charted things or recorded data. It was personal. He was completely focused on you, knew everything about you and he wanted nothing more but for you to succeed.”

It’s this gentler, softer side of Kilderry that began to bubble to the surface following the birth of his son, Finn, five years ago. His followers regaled in his #FinnFriday posts, where he’d share the adventures he would take with his little boy, like camping or splashing along the shores of North Wildwood, N.J. Friends say he took to parenting the same way he approached coaching: relentlessly and passionately.

“He got that right, being a father,” says Gallagher. “Jason always had time for me and his athletes unless it was time with Finn. And that was the way it should be.”

In early January at a memorial roast that doubled as a fundraiser for Finn, nearly 400 people squeezed in to Philadelphia’s Slainte Pub to swap classic Kilderry stories. Like the time he was demonstrating how to remove a wetsuit to a group of newbies and inadvertently stripped his shorts off along with it (“We’re talking full frontal,” laughs Hirt. “But he played it off so well.”). There was a bagpiper, there was gangster rap, there were costumes, and there was was an epic dance party—a night truly befitting of this eccentric, unapologetically Irish man.

In the end, it’s clear that Kilderry made both.

Become the Best Triathlete You Can Be With Outside Learn

Selene Yeager is Bringing Menopause into the Mainstream