We asked you to help us find triathletes who are giving back to the sport we love—and you delivered! Out of all the submissions you sent in, however, there was only one winner. (Read her story here.) But we thought there were so many amazing stories we wanted to revisit the other nine finalists from our Reader Cover Contest— in the words of those who nominated them.

“After playing a couple of years of semi-pro soccer with the MLS, Hollis became a successful businessman. But in 2017 he experienced a vertebral artery dissection, which led to a stroke. He quickly went from being athletic to learning how to simply walk again. He has now completed three 70.3s, retraining his body and learning to live with some of the side effects from the stroke. What’s been amazing to watch is his sheer determination to return not only for himself, but to show his four kids the true meaning of never giving up.” 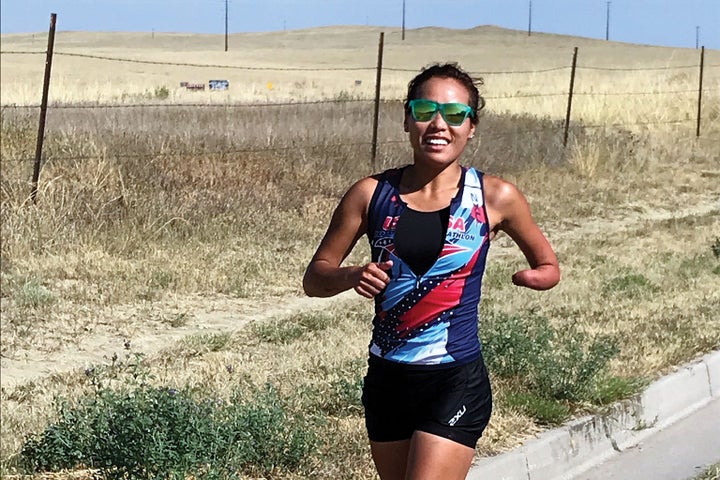 “Leah was born without her left hand. In high school, she was a swimmer and made it to the 2008 Paralympic Trials. She’s always been a big dreamer and her limitations never stopped her. In 2018, she set out to do 70.3 Coeur d’Alene. She trained by herself all year long and placed first in her division. Her current dream is to go to the 2024 Paralympics as the first Asian-American paratriathlete. She also volunteers as a coach to encourage kids with disabilities and has inspired many young women.” 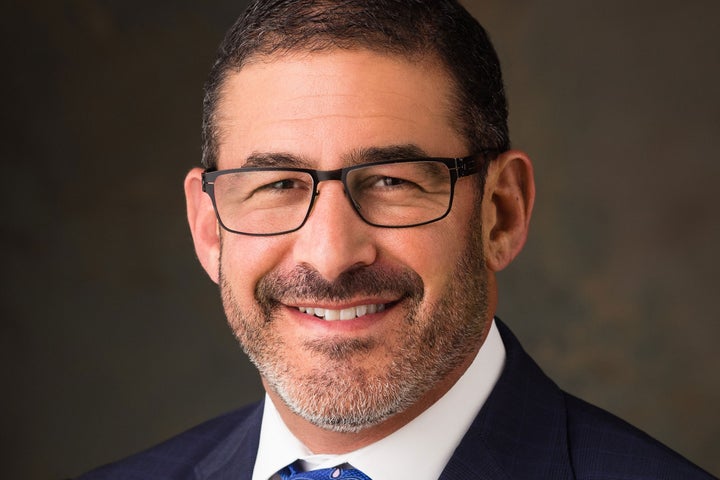 “For more than 30 years, Marc has done a triathlon every year. Recently diagnosed with a rare form of blood cancer, he is determined to compete in an Ironman even after having a bone marrow transplant. As CEO of Intermountain Healthcare, he’s guided the company to invest in community triathlon programs. The result is Intermountain Tri. In two years, it has grown to over 850 members, 50% of whom are beginners. They put on free weekly workouts and monthly instructional clinics. This is largely possible because of Marc’s example and gentle guidance.” 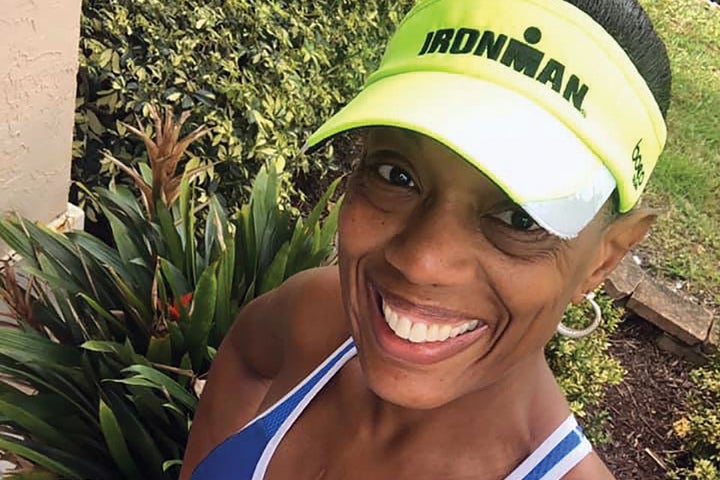 “Margo’s smile and personality is joyous. She is also a critical part of the 1% of triathletes who are African American. She raced three Ironmans (and two marathons) in 2019, while working and taking care of her ailing father. She is a true role model to the African American community and a rare resource for other African American triathletes. As a member of the Black Triathletes Association, she is constantly helping others by giving advice and encouragement, and showing them it’s doable.” 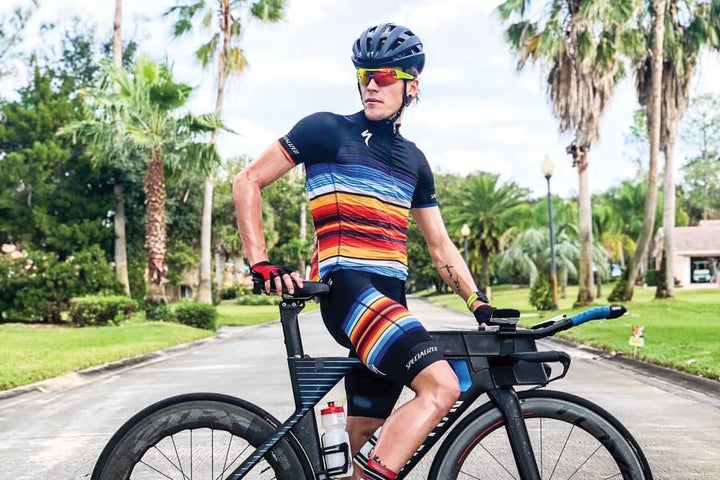 “My brother Noel is an openly gay triathlete who has completely changed his life. Last year, he competed at 70.3 Worlds in Nice, when just five years ago he was in detox for the second time. He’s a local celebrity in his hometown of Tulsa now, after having the courage to share his story of overcoming drug addiction and treating his mental illness. Best of all, he is still humble enough to listen to people, even his 61-year-old mother, who is about to attempt her first Ironman after a 35-year hiatus.” 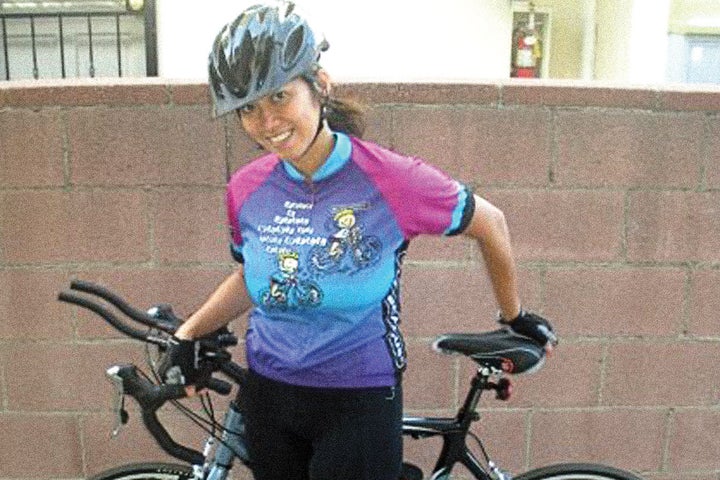 “Shangrila was sexually abused as a child and again in her 20s. At one point, she was diagnosed with extreme depression, PTSD, and struggled with an eating disorder. She eventually discovered triathlon and used it to move forward. Because of this, she’s become the first Filipino athlete to take on Ultraman and set Guinness world records. To help others reach their craziest dreams, she left a successful career in engineering to become a coach and has already helped more than 100 athletes.”

(Submitted by: Jayme B.) 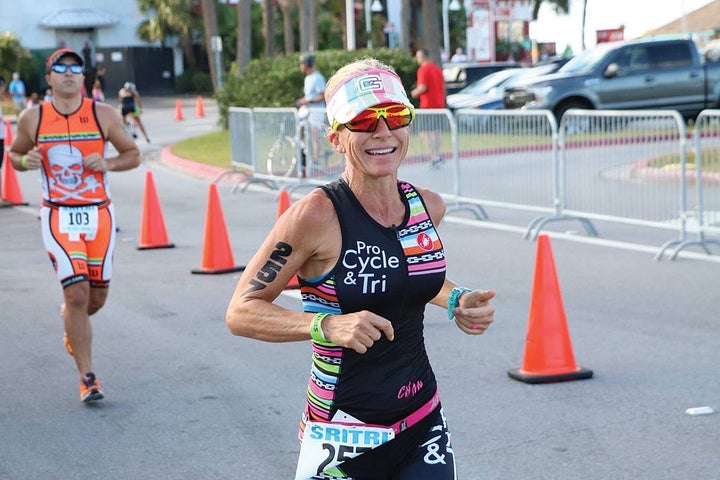 “Mindi has been involved in triathlon since 2008, but it’s what she does off the course that makes her story special. She has served as the secretary, vice president, and president of Tri Gulf Coast, one of the largest all-volunteer clubs in the country. Since 2015, she has also managed two large annual youth triathlons— applying for grants to ensure kids from low- income schools can participate. She recently helped establish Give It A Try, an organization that provides donations to youth athletes, and she is one of the original founders of the Sister CHAIN Triathlon Team.”

“Remi was born with sickle cell anemia, which has serious complications, like difficulty breathing, fatigue, and extreme pain. Despite her condition, she’s run half marathons on each of the seven continents, including Antarctica. She then transitioned to triathlon and became the president of one of the largest minority-run organizations in D.C. In 2018, she was hit by a car and the accident left her wheelchair-bound for over four months. But just over a year later, she crushed 70.3 Atlantic City. Her comeback and refusal to accept ‘no’ gave those of us watching a reason to say ‘yes.'” 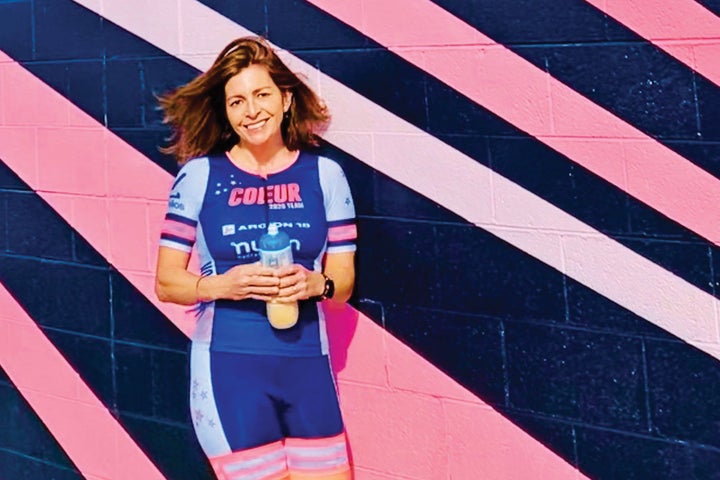 “In 2008, Triny decided to regain control of her weight and life. She started exercising, fell in love with triathlon, and by spring of 2018 was going for Kona qualification. Unfortunately, while training, she was struck from behind by a driver. Triny used her courage and strength to turn a tragedy into an opportunity. She started the ‘It Could Be Me’ campaign to change the relationship between drivers and vulnerable users of the road. She was involved in testifying, promoting, and ultimately signing a new law in Colorado that changes the consequences for drivers involved in a crash.”