As of this writing, nearly 3M people have been infected with the coronavirus worldwide, according to the World Health Organization, and as the pandemic continues to spread, COVID-19 is something that will likely change the rhythm of our world and our sport for a very long time.

We’ve connected with a handful of triathletes—each in very different geographical areas, with different athletic experience levels, and in different coronavirus situations. They range from international-level pros to age-groupers to coaches to college athletes. We initially collected six firsthand experiences as the pandemic fully hit the U.S. a month ago, but as the virus continues to expand, we’ll similarly be expanding our scope and coverage of affected triathletes.

Today, we’re checking in with Orange County, California resident Robert Owens, known by some as “the most interesting triathlete in the world.” Owens is a 68-year-old former Air Force Special Ops Pararescueman who completed his first Ironman in 1980 when the Hawaii Ironman was held in Honolulu. Since then, Owens has written a book (Beyond Average) and completed a wide range of endurance challenges including the “7-7-7,” consisting of seven marathons in seven days on seven continents. Recently, Owens has had to face a different challenge when both he and his wife, 67-year-old Sandy Labrinos-Owens, contracted COVID-19 in early March. 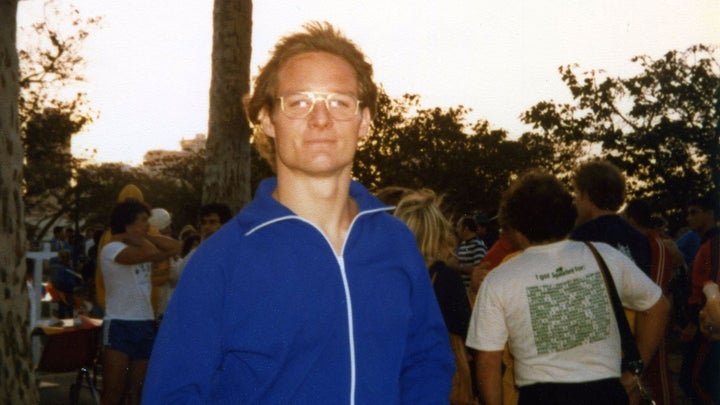 “My wife is an international flight attendant with American Airlines, based out of LAX. She flies Asia almost weekly. On a flight from Tokyo to Los Angeles in March, a man told her that he was COVID-19 positive and on his way home to be quarantined. She had been serving him eight hours at that point in first class. She arrived home and told me on Sunday, March 8.

“By the next day, I was feeling sick with flu-like symptoms. I called my doctor and told him her and my situation, and he said come in and get tested immediately, as she was scheduled to fly to Sydney that week. Within 18 hours we had tested positive.”

“I felt the flu coming [the next day after testing positive] and she had no symptoms for another eight days. I had a mild case, I think, and I wrestled with fevers for five to six days. My highest fevers were 104. My wife thinks I was deathly ill. I don’t think so. But the fever kept coming back on the ninth and the 12th day. Every time I thought it was gone, it would re-emerge. It took me 20+ days to feel normal. She became sick on her ninth day from exposure. No symptoms before that. I was recovering when she started getting sick.”

On Caring For Each Other:

“[My wife] took care of her mom with Alzheimers for 10 years. I lived with my father from when he was 92 until he passed at 101. We are both ‘caretakers.’ She has a nursing background; I was a paramedic. I delivered all five of my kids. She has people die on her flights. We handle situations pretty well.”

On Weathering The Storm:

“The doctor told me that being in shape with no prior conditions or issues, and her being in good health enabled us to weather this challenge better than many our age. We just knew it was another ‘flu’ and did what the doctor said: fluids and sleep. The doctor reminded us that investing in your health is smart and wise. Your body handles issues better than unhealthy people.

“People ask, ‘Were you scared?’ The answer is. ‘No.’ It was just another challenge and adventure. We stay positive and know we can come through stuff.”

“My lungs have lost their anaerobic capacity. I am back working out and struggling with stairs and running hills. Feels like what I imagine emphysema to feel like. [My lungs] just don’t open up. First day back training I could not jog 200 steps without having to walk.

“I can tell you that it kicked my butt. I don’t wish it on anyone, especially your loved ones. It was like trying to ride a bull for the first time. I just tried to hang on and ride it. Every day and week was different……Now I am just hoping there aren’t lasting effects on my lungs. I am concerned about my swim. I have an Ironman to do in November!”

“I Feel That Car in My Body:” Surviving an On-Course Collision at 70.3 Worlds

The Best Goal-Setting Apps And Services for 2023