The brand new #MyTri page is dedicated to reader stories and will be updated frequently with new tales. Got a story you’d like to see on #MyTri? Send to shareyourstory@competitorgroup.com.

I didn’t really set out to be inspiring, brave or a cautionary tale of cancer diagnostics—who does? If folks had told me five years ago I would be fighting for my life shortly after completing my first Ironman, I would have actually laughed. More at the fact they thought I would be doing an Ironman, but obviously at 30 years old and no history of cancer or serious illness in my family, I was invincible right? I was proud of myself the day I crossed my first Ironman finish line in Cairns, Australia, six days before my 33rd Birthday. I had met my goal, beat the time and people I was aiming for. I knew there was a lump, I had it checked, I was told it was probably scar tissue from the bike crash I’d had a few weeks prior and to come back if it got bigger. 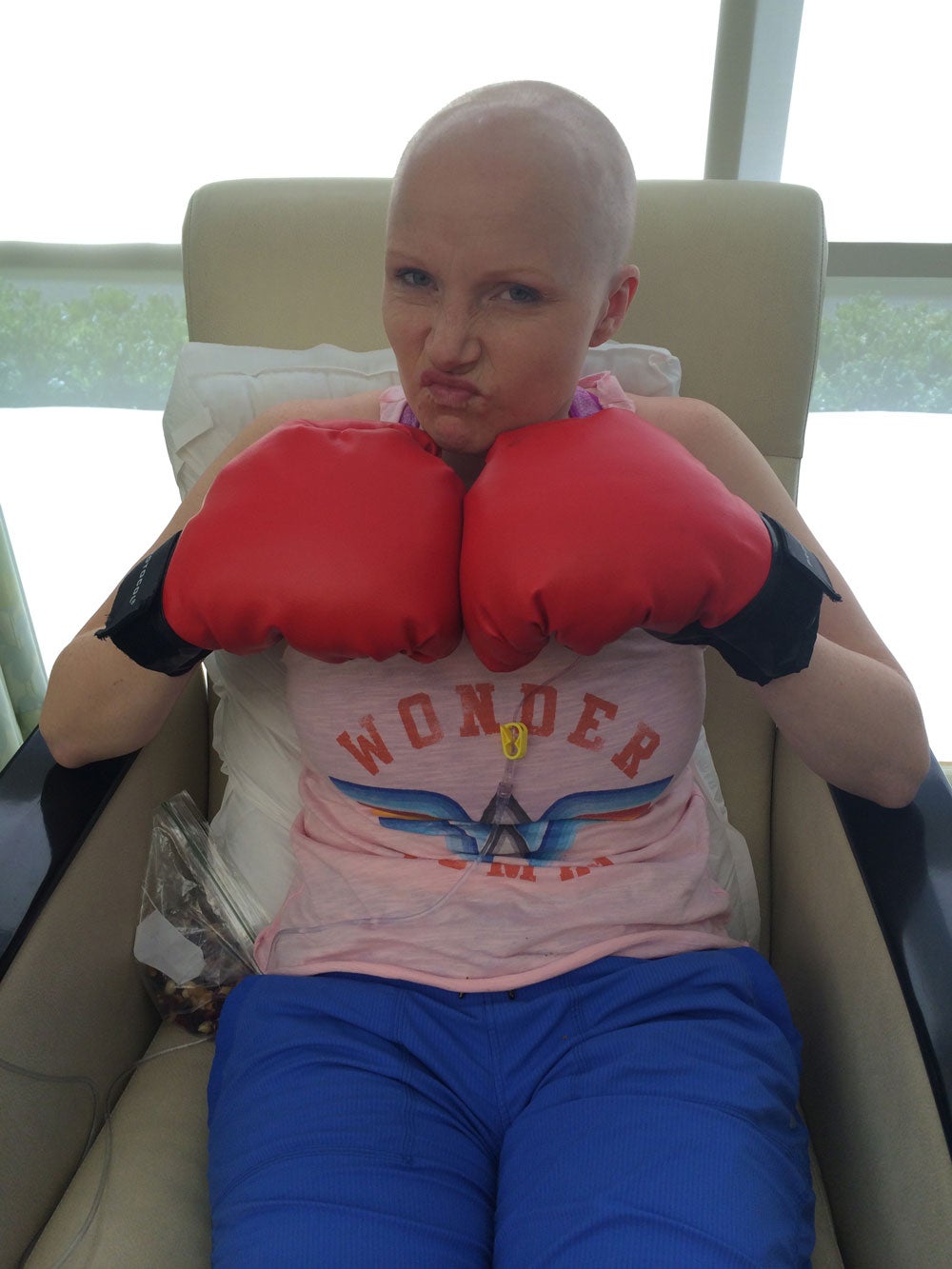 Well it did. I sat down with my coach the day before my biopsy and came up with a plan to get me ready to qualify for 70.3 World Championships in the next couple of years. Little did I know that life was going to send me another direction. Being told you have “an aggressive breast cancer” at 33 is devastating, but I knew the moment it happened that we would fight. I would give it all we had. My husband, a Navy and Army veteran went straight to war on the cancerous cells, making sure we used all our resources to get the best treatment possible. I went another path, attempting to work out how I could make my body as healthy as possible. In short and quoting the film “The Martian,” I decided to “Science the shit out of it.” Aside from my triathlon hobby I am also a research scientist, working on renewable energy challenges for our electric grid.  In short: I am really good at research and applied a lot of those skills to getting myself through the hell.

At various points people would assume my athletic goals were obviously gone and that I should just be happy to be alive. I am also ambitious. At no point did anyone say I couldn’t do another Ironman though, so I signed up somewhere around round six of chemo for a race in 12 months. When my regimen was proposed (16 rounds of chemo and a double mastectomy, with radiation at the end) I had to learn to go with the flow, everything would change weekly. Three doctors would tell me different stories. I had to take the positives with a pinch of salt, and the negatives with a pinch of sugar to stay even. 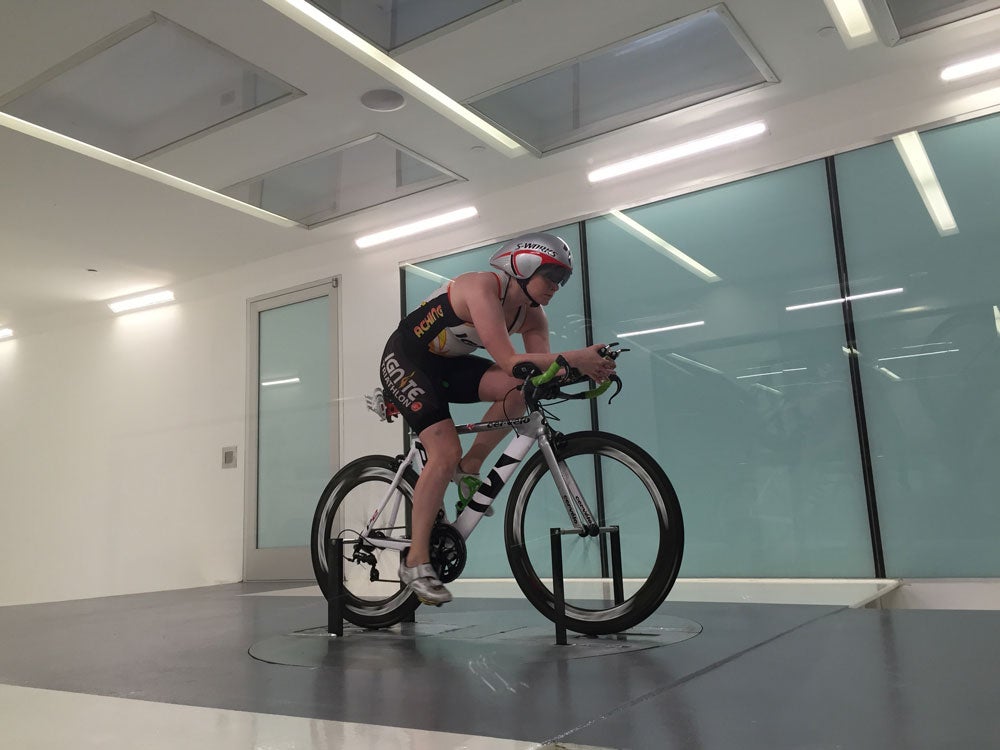 I decided during the treatment to apply some of what I was experiencing to a subject I found intriguing and had some engineering experience in—aerodynamics.  We as average triathletes spend thousands on wheels, the latest helmets, everything to gain that aero advantage. I had always wondered what the impact of boobs was, that conical shape most women have on the front had to have some impact. It wasn’t something I could change easily, until now. Not that a mastectomy was easy, but it did offer a unique opportunity.  I emailed Specialized and asked if I could test the before and after in their wind tunnel—amusingly they called me back with some apprehension. Was I kidding? Nope. No such luck! We controlled as many variables as possible for the test. As it turns out, my choice of hair-style was more of an aerodynamic issue. We also tested long hair versus no hair—turns out bald is better.

My comeback has been a rollercoaster, I completed my second Ironman five months after finishing treatment. It wasn’t pretty, but I proved my point. I recently just passed my two year survival date. I was given about a 50/50 chance on it not returning. If it returns my story will be different, but for now I am getting my speed and mojo back and have some lofty goals for the next two years. Being as fit as possible is attributed to saving my life. I am hoping this story can be an amusing yet somewhat inspiring story on making a comeback.

#MyTri: This Cancer Survivor Will Inspire You

#MyTri: A Cancer Diagnosis. And A Triathlon Dream