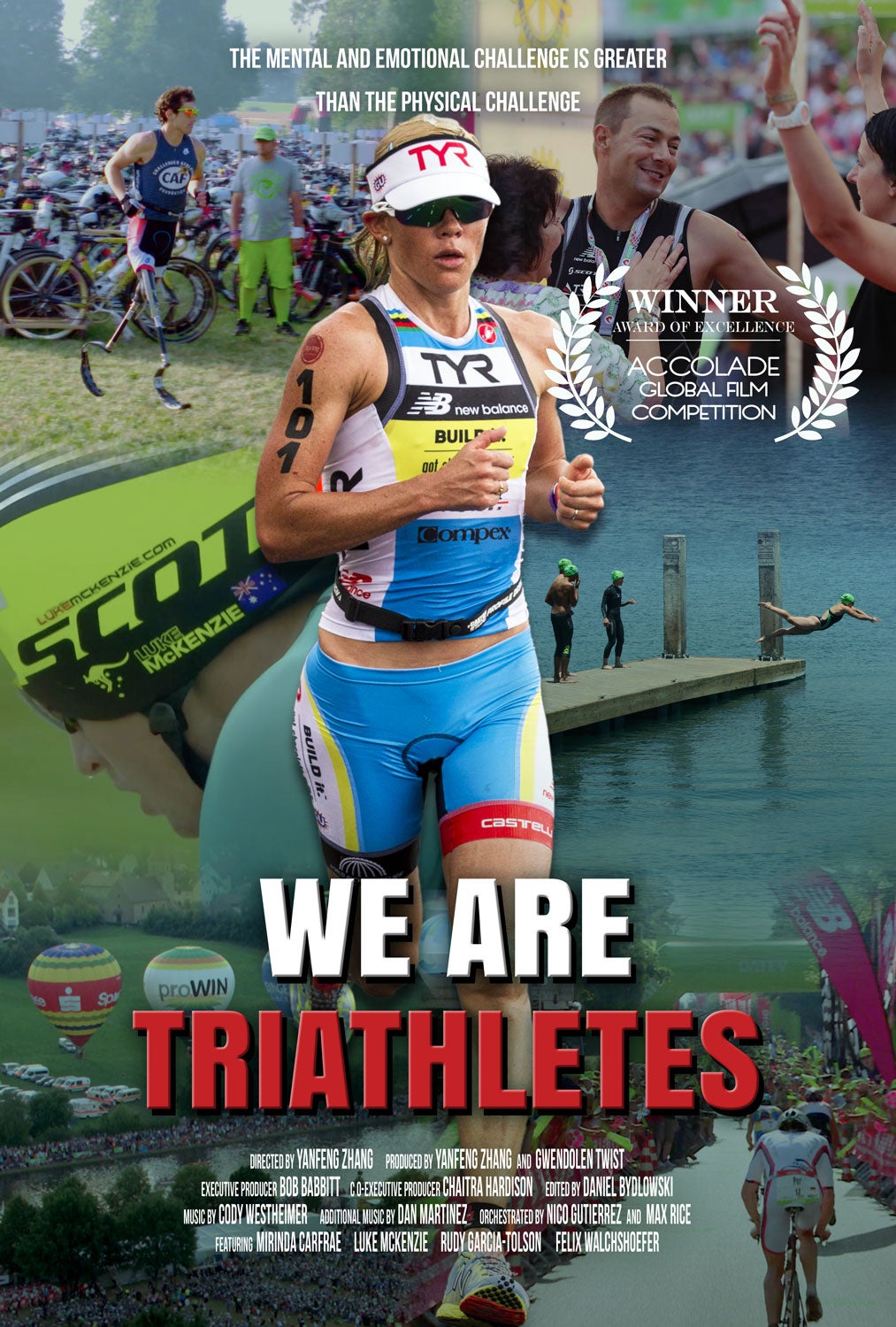 It’s been a long journey for the crew of We are Triathletes. After years of filming, traveling, editing, and promoting, the full-length documentary film is finally screening in a limited number of theaters—but the story is far from over.

The film’s official release is set for August 8 through Demand Film. In an effort to ramp up excitement and publicity, a special screening of We are Triathletes takes place June 13 at the Challenged Athletes Foundation in San Diego, the birthplace city of modern triathlon. (The film is executive produced by Bob Babbitt, a CAF co-founder and an Ironman and USA Triathlon Hall of Fame inductee.) Another screening will be held June 28 during the festival week of DATEV Challenge Roth in Germany.
The film provides an intimate look inside the lives of six pro athletes from four different countries, and shares how each trained and prepared for the 2014 Challenge Roth, the world’s largest long-distance triathlon. But We Are Triathletes is not about a race, instead it delves into the spirit of endurance sport. Three-time Ironman world champion and 2014 Challenge Roth champion Mirinda Carfrae opens up about lost confidence and how she eventually found acceptance in tri; eight-time Ironman champion Luke McKenzie juggles the demands of sport and a new baby; and double above-knee amputee athlete and four-time Paralympian and gold medalist Rudy Garcia-Tolson just never gives up.

We are Triathletes is produced and directed by Yanfeng Zhang and co-produced by Gwendolen Twist (producer of Spirit of the Marathon and Spirit of the Marathon II). The process has been arduous and rewarding. “I quit my full-time job between 2013 and 2016 just for this film,” Zhang says. “On the brighter side, I not only finished producing We Are Triathletes, but also produced a daughter in 2016.”

The film was initially slated for a 2015 release, but like so many documentaries We Are Triathletes was short on money.

“It took 10 years for Schindler’s List to be made from development to theatrical release. For an indie movie like this, it’s even harder to make,” Zhang says. “Financing has been, and will continue to be, the biggest hurdle. The production of this film didn’t get any corporate sponsorship, financing, or investment. We are so grateful for the generous donation from our fans during the Kickstarter and Indiegogo campaigns—85 to 90 percent of the expenses were borne by filmmakers.”

We are Triathletes was recently awarded the Award of Excellence by the Accolade Global Film Competition, and the crew is hoping to inspire a broad audience (including non-athletes) while also sharing the many reasons why triathletes are so incredibly passionate about their sport.

“Our characters come from different levels and different countries, so each of them has something unique to tell,” Zhang says. “This is an inspirational film on human triumph in addition to a sports documentary.”

We are Triathletes does not currently have streaming plans. That means to see it, you’ll have to rally your tri troops-if enough tickets are purchased in advance, Demand Media will present the movie in your local theater, starting August 8. Tickets are only available at https://us.demand.film/we-are-triathletes/.

See the official trailer below

9 of the Most Popular Races in Triathlon