Several of the sport’s top Ironman stars are set to race at this weekend’s Ironman Arizona triathlon in Tempe, Ariz. Eight of the athletes gathered at Tempe Town Lake for Friday’s Pro Panel. Click on the tabs on the left to see what each of them had to say.
All photos by Paul Phillips. 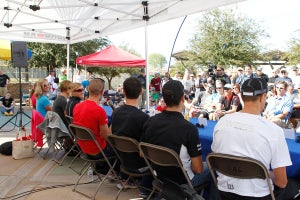 Leanda Cave on her third-place finish in Kona: “It’s taken me some time to get the hang of this Ironman thing. I think I have some minutes I can cut off of my time in Kona and that would put me into the lead in that race so I’m really looking forward to that over the next few years. It’s not very often I have a race where everything comes together. All of the races I’ve won in the past have been on days where everything has lined up correctly and I had the race of my life. I’m excited to race here and take on some of the best Americans in the sport. Hopefully I can continue my winning streak. I’ve trained with all of these girls. They’re all amazing. I’m in the same boat as everyone. I’m working to get some points, this is what I do for a living, and if you love what you do for a living then you do it well.“ 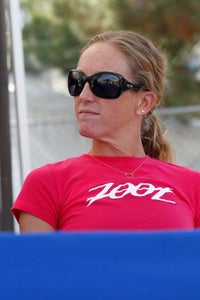 Kelly Williamson on choosing to race at Ironman Arizona: “I raced Kona six weeks ago I didn’t quite have the race I was hoping for in Kona. I wouldn’t say this is a make-up race, but I wasn’t ready to end my season. I thought about next year and the point system we’re under now. I was going to do ITU Long Distance worlds and it seemed to be a smarter decision to come do Ironman Arizona instead. I made that decision soon after Kona. It reminds of Ironman Texas a little bit with the looped course.” 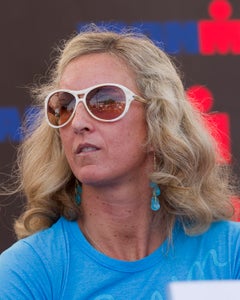 Meredith Kessler on the points system: “I was 31st this year and the top 30 go to Kona, I did not go to Kona because I had a rough start to my season in St. George and Coeur d’Alene. I ran out of time to chase the points. Wisconsin counts towards 2012. I got some points for earning second in Wisconsin and hopefully I’ll get some this weekend. It’s tricky. It used to be that if you win an Ironman then you go to Kona and now we don’t have that luxury. We have to race a little more; I don’t have a problem with the racing part, but I just want to make sure I accrue enough to get to that start line in Kona.” 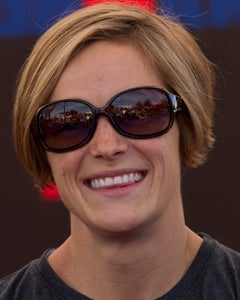 Linsey Corbin on her experience at Ironman Arizona: “I’ve been second in 2010 and 2009. I’m back and I’m definitely going for the win, as well as these three other ladies here. I love this race. It’s a lot of fun. Regardless of how Hawaii went for me I was always planning on coming back here to Arizona. I have good feelings about Arizona. I train in Tucson in the winter. I train in Phoenix. I talk to triathlon clubs around here. There’s a great sense of community and everyone is very welcoming. I have good feelings. I’ve always trained well in Arizona and raced well in Arizona. To me it’s icing on the cake to be here. I’m throwing my hat in the ring and going for broke. We’ll see what happens.” 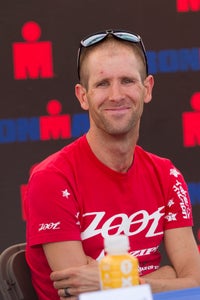 Jordan Rapp on his crash back in March of 2010: “The end of March of 2010 I was getting to race in Oceanside. I was coming off of a great season in 2009. That’s when I went from being okay at doing Ironman races to winning two and I thought ‘hey, I can make a go at this.’ Then there was a stretch there where I didn’t even know if I was going to be able to race again. I was riding and a car pulled out in front of me. I went trough a window, shattered the glass and severed two jugular veins. The guy left me there to bleed out on the road. A guy from the Point Loma Naval Base… Petty Officer Tom Sanchez, he’s actually in Spain right now and is deployed again. He basically stuck his hand inside my neck for about 10 minutes until the ambulance arrived and saved my life. After that it was 18 days in the hospital where all I could think about was never getting on my bike again. There’s nothing I thought I could change. I was out on a road that I thought was safe and it almost cost me my life…

“This race was really the race that defined me as an Ironman. I finished third here twice in 2008. Once because I think I let it slip away and once because I think I tried too hard to grab it. I think I won in 2009 because I learned those lessons. I think I cut my teeth as an Ironman on this course and it’s really special to me because of that. This will be my fifth time here and I can’t imagine doing anything else on the Sunday before Thanksgiving in November. When I crossed the line here in 2010, I think it was probably the most emotional finish that I’ve ever had and probably ever will have. I went from almost dead to back racing. I’ve heard people say ‘you’re lucky to be alive’ and I have a new perspective on what that means. I crossed the line in tears with Tom Sanchez there and my wife there who was pregnant at the time, and now we have my five-month-old son. I think it gave me a sense of how lucky we are to do this as a job.” 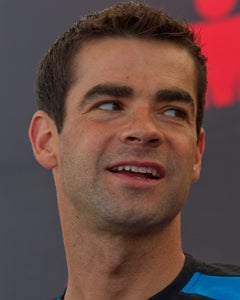 Tim O’Donnell on his Ironman debut at Ironman Texas: “I was excited for my first Ironman. I’ve always been a workhorse. I had been doing ITU racing for a long time and I’m just not that thoroughbred type of breed. I knew Ironman is where I would hopefully make my mark in this sport and hopefully make a career out of it. I went into Ironman Texas with a lot of high expectations and a lot of pressure on myself. I learned a lot. I had a great race. Unfortunately, this guy over here (Eneko Llanos) beat me by about 90 seconds. He’s a veteran and he put some moves on me that only a veteran can do. We’ll have a chance for a little rematch and hopefully I have taken those lessons to heart and can play some cards of my own.” 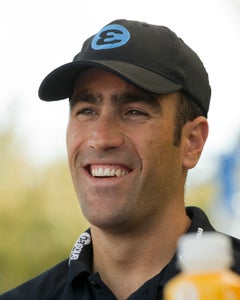 Eneko Llanos on the decision to race at Ironman Arizona: “I had a bad day in Kona. I had stomach problems. I didn’t want to end my Ironman season that way. I saw that Ironman Arizona was close on the calendar and then after that I went to Xterra World Championships. It’s late in the season but I had some good training in Tucson. I’m glad I got to train there because they have the same weather there. And of course the other part of being here is for the points to get back to Kona.” 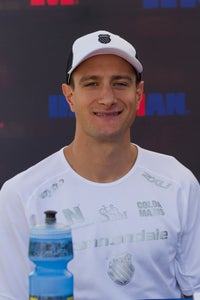 Michael Weiss on racing so much late in the season: “A lot of us trained for Kona, traveled to Kona, tapered for Kona and then we had disappointment. I think it’s more of a mental thing to have to race after a whole race season. You have to be fresh and be hungry for racing. After that disappointment in Kona where I dropped out on the run, I won Xterra Worlds three weeks ago. I figured that there is still something left both physically and mentally. So I decided to give it another shot at Arizona.”