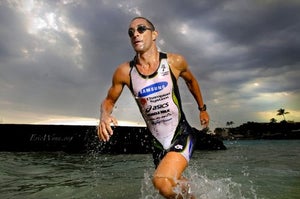 April 11, 2011 (Miami, FL)- U.S. Olympic triathlete Matty Reed will once again be serving as an ambassador for Samsung Mobile. Reeds longtime manager Lee Zohlman of Universal Multisport, has negotiated and secured the partnership for the third year.

Matty Reed is ecstatic with the continued support of Samsung Mobile. With almost 7,000 followers on Twitter, an active Facebook profile, and photo- filled Flickr account, Reed is certainly social media savvy. Being a Samsung Mobile ambassador makes staying in touch with his fans and his coach an easy road to navigate. The Samsung handsets and Galaxy tablet allow him to manage his challenging training schedule, upload exciting pictures and video to his coach and fans, and stay connected as he travels the world competing.

As part of the agreement Matty Reed will serve as an ambassador and represent Samsung Mobile at triathlons worldwide. According to Zohlman the partnership has been a success because Matty Reed and Samsung Mobile are incredibly well suited for each other. Zohlman was quoted as saying, “We are very excited Samsung Mobile is continuing to support Matty Reed and the sport of triathlon. Their handset equipment has so many great applications for the active multisport athlete and they are always on the leading edge of technology. Matty is very proud to be a member of the Samsung family and his daily use of their equipment only enhances his training and racing.”

For Olympian Matty Reed the long-term relationship Lee Zohlman has created is an ideal one. Reed says, “Samsung is cutting edge incorporating speed, durability, and quality. Samsung showcases technology and I am proud to bring Samsung to the finish line tape in Triathlon. Samsung Mobile allows me to communicate and stay connected to the world daily, whether training at home or traveling the world racing. I look forward to another year of winning with Samsung.”

At 6’5” Matty “Boom Boom” Reed is not only the world’s tallest professional triathlete, but also one of the most dedicated. Reed has dominated in all three of the sport’s disciplines throughout his career. His key to training as a three-sport athlete is simple. Consistency. Day in and day out of solid hard training have helped him capture over 50 wins in his career, including the 2008 US Olympic Trials, US Nationals, as well as the 2009 Toyota Cup Series. Reed didn’t become a 2008 Olympian overnight. He’s a 17-years-in-the-making triathlete. Born in Palmerston North, New Zealand, Reed has lived year around in the USA since 2001 and races for the red, white and blue of the USA. Reed is a father to three children and showcases how true balance in life can make a champion win more. For more information on Matty “Boom Boom” Reed, please visit www.mattyreed.com

For over fifteen years Lee Zohlman has been a key fixture in the endurance sports world, as well as a major force in the business of multisport. Working within professional athlete management, Lee has successfully negotiated and secured several sponsorship deals for notable athletes and Olympians. Lee’s talent for creating solid, lasting partnerships has been more than evident in his ability to acquire and maintain sponsorship for several medium and large national events. A most notable recent accomplishment for Zohlman includes securing three year sponsorship contracts from both Samsung Mobile and Metro PCS for the Ironman Miami Race. In addition, Lee has been featured prominently in National publications and television broadcasts as a leading authority on multisport. More information on Lee can be found at www.BodyZen.com