The Labor Day event will be rebranded as part of the Land Rover TriRock Series.

See the complete press release below: 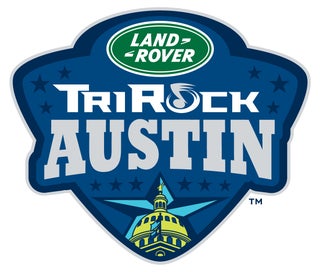 Competitor Group, Inc. (CGI) today announced the acquisition of the Austin Triathlon. The event annually attracts more than 2,000 participants and will be rebranded as part of the Land Rover TriRock Triathlon Series and take place on Labor Day Monday, Sept. 3, 2012.

“This partnership will certainly elevate the national profile for what is already known as one of the best triathlons in the state of Texas,” said race director and co-founder of the event Dan Carroll, who will continue his role as an operating partner with High Five Events. “Austin has long been the hub of triathlon in Texas, as well as one of the triathlon hotspots in the country. With its scenic downtown course under the back drop of the Austin skyline, this is a perfect end of summer event to highlight a Labor Day Weekend get-a-way.”

“We look forward to bringing the Land Rover TriRock Series to the great state of Texas and the city of Austin, which is certainly a popular market for the sport of triathlon,” said Scott Dickey, President of CGI.
“Our team couldn’t be more excited to partner with High Five Events and Jack & Adams Bicycles to grow the event as one of the premier triathlons in the nation.”

Austin’s musical multisport mash-up features both Olympic and Sprint Distance triathlons, as well as a relay. Recently named on Outside Magazine’s list of The 15 Best Big City Races in America, the event starts on Auditorium Shores at LadyBird Lake and will include live bands along the swim, bike and run courses, followed by a post-race party and concert.

“Austin is well-known for its music scene and this triathlon has long featured entertainment along the course, so it’s a perfect match with the fun and entertaining atmosphere the TriRock events are branded for,” said Jack Murray, co-founder of the event and owner of Jack & Adam’s Bicycles. “We are excited to work with Competitor Group and their commitment to a great participant experience.”

Created by the organizers of the Rock ‘n’ Roll Marathon Series, the TriRock Series launched in San Diego on September 12, 2010 to a sold-out field of 1,200 triathletes. The unique format features a rocking competition, complete with live bands along the swim, bike and run courses, followed by a post-race party and concert. The series expanded to four markets in 2011, adding events in Annapolis, Seattle and New York. With 2,000 entrants, TriRock San Diego became the largest triathlon in the City of San Diego in its second year.

Each event features a consumer expo prior to and during the event, with unique divisions, including Military, Athena & Clydesdale and a Beach Cruiser competition in San Diego. All participants will receive a finisher’s medal, technical t-shirt, red carpet finish, post-race breakfast and access to the post-race concert and beer garden. Participants just testing the waters of the triathlon experience can also sign up as a 3-person relay team, taking on either the swim, bike or run component.