The USA Triathlon Board of Directors announces officer election results. 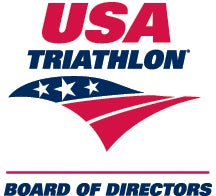 USA Triathlon today elected Bob Wendling (West Springfield, Va.) to serve as the 15th President in the history of the National Governing Body during a Board of Directors Meeting here.

Wendling, who brings a lifetime of multisport experience and expertise to the position, previously served as the organization’s treasurer for three years. He will remain the Mid-Atlantic Region Representative while replacing outgoing President Brian Harrington (St. Petersburg, Fla.), who remains a member of the Board of Directors.

“After three decades of dedication to triathlon, I am humbled by the opportunity to serve as President of USA Triathlon and grateful for the Board’s confidence in me,” said Wendling. “It is a privilege to serve our members and the Olympic movement – an honor I will work to earn every day with integrity and dedication.”

“I would like to thank Brian Harrington, our 2010 president, for his tireless efforts and calm leadership through the challenges of the past year. As USA Triathlon embarks on a path of strategic growth with new leadership, I want to reassure members, race directors, elite athletes, coaches, officials, volunteers and sponsors that our governance and staff stand ready to serve them and continue managing the steady growth of the most exciting sport in the Olympic program.”

Wendling began a history of racing in triathlons as an age-group athlete after adding cross-training to his run-training. He also spent more than 20 years supporting the grassroots development of the sport nationwide as a USA Triathlon-certified official. Wendling’s success at officiating and educating at the local, national and international levels resulted in his designation as the 1992 USA Triathlon Official of the Year.

Wendling is the co-founder and Vice President of a Washington, D.C.-based economic and energy consulting company. Prior to that he served as a senior economist and Director of STAT-USA at the U.S. Department of Commerce, and was a senior economist with the Solar Energy Program at the U.S. Department of Energy. His academic credentials include earning bachelor’s and graduate degrees in economics.

Newly nominated Board member John Lines has competed multiple times with Team USA, a collection of the nation’s best age-group triathletes who represent the United States at International Triathlon Union (ITU) World Championships. He graduated from the Indiana University School of Law and has since enjoyed a successful career as a top legal professional in the corporate sector. He currently serves as Senior Vice President, General Counsel and Secretary of National Healthcare Corporation.

How Do USA Triathlon’s Rankings Work?