American triathlete Becky Lavelle will not be taking the starting line in the 2010 season. According to her website, Lavelle is pregnant and is due to give birth in the first week of June. 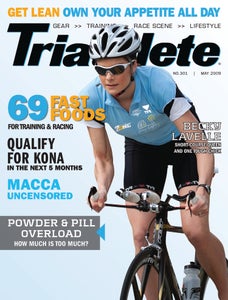 Lavelle was an alternate for the United States at the 2008 Beijing Olympic Games. Lavelle has also won several Olympic and half-Ironman distance races, with her most recent win coming in July of 2009 at the Ironman Lake Stevens 70.3.

Lavelle will be back competing in 2011. “I will really miss competing this year but I plan to still be very involved in the sport with the help of my amazing sponsor TYR (as well as ISM saddles and Oakley),” Lavelle said on her website. “I plan to come back to racing in 2011 with a new purpose and a new focus!”

To learn more about Becky Lavelle and her involvement with Jenny’s Light, a foundation aimed at raising awareness of all perinatal mood disorders including postpartum depression click here.

With Kona in Sight, Chelsea Sodaro is Rediscovering Her Fire

Why You Should Train Outdoors Year-Round (Yes, Even When it’s Freezing)