The U.S. Consumer Product Safety Commission, in cooperation with 3T Cycling, has issued a voluntary recall of about 325 Ventus Ltd and Ventus Team Bicycle Aerobars.

The following statement was posted on 3T’s website yesterday: 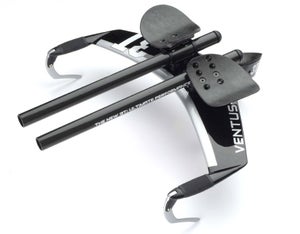 On March 23, 2010 the U.S. Consumer Product Safety Commission, in cooperation with 3T announced a voluntary recall of all VENTUS LTD, Ventus LTD 17, VENTUS LTD Gold, VENTUS LTD Track, VENTUS TEAM and VENTUS TEAM 17 bicycle aerobars. The recalled aerobar models were sold in one size and color for each model; Black with red stripe for the Team and black with silver stripe for the Ltd. The “VENTUS” and “3T” logos are on the top side of the bar with the model name. (Official CPSC/3T press release here).

The two rubber hand grips on the aerobars bars can loosen or slip off during use in humid, wet or salty conditions, posing a fall or injury hazard to the rider. Two incidents were reported to 3T involving adults with minor abrasions.

The recalled aerobars were sold at independent bicycle retailers and Internet retailers nationwide from January 2008 through November 2009 for about $1,200 for the LTD models and $1,000 for the TEAM models.

Stop using your Ventus Bars immediately until the repair is successfully completed.

Ask A Gear Guru: How Much Slower Are Clip On Aero Bars?