“One team wants me to pay to be on it. Is it worth it?” Professor Multisport gives a semi-scientific answer.

Once upon a time, before social media was really a thing, Snickers sponsored age-group triathletes.

In return for wearing Snickers kits to race and train, those lucky trilovers got to keep said kits—and boxes and boxes of Snickers products. Enough to fuel a High Fat High Sugar diet for a good six months, longer for athletes with incredible self-control. It was a chocophile’s dream.

But things have changed since the mid-aughts when brands started thinking they’d get more bang for their buck sending out relatively cheap (for them) product to social influencers rather than shelling out for pro endorsements. Back then, brands based a triathlete’s potential impact on self-reported race schedules (the more races, the better!), results (sometimes), club membership status, and general likability gleaned through short personal essays. No sourpusses repping Snickers. (They hadn’t launched their “Hangry” campaign yet!)

Today, all that stuff can be—sort of—more easily quantified. Brands can take a quick look at your Insta-FB-Twitter trifecta (and, increasingly, Snapchat) and decide whether or not you’d help amplify their message well and properly. Yes, it’s a flawed system. It costs half a penny to buy an Insta follower these days, and there’s an argument to be made that many truly influential people spend more time honing the wisdom and real relationships that make them great leaders than logging onto Twitter. (Warren Buffet has tweeted exactly nine times since joining in April 2013.)

So take a look at the price, then consider this: At the root of all ambassadorships is a business transaction. Like college students paid to drive around popular venues in a Red Bull truck, you are supposed to trumpet a brand through your own tri-scene visibility, both online and off. In return, you get something. You just have to decide if it’s something worth getting. Yes, you may have to pay for a kit, but do you get steep discounts on other products you love throughout the year? Does being a part of the team motivate you to go to races and workouts with your teammates? Only you can decide if the deal is fair to you. But if you need help, we’ve made a handy dandy chart to jumpstart your thought process. 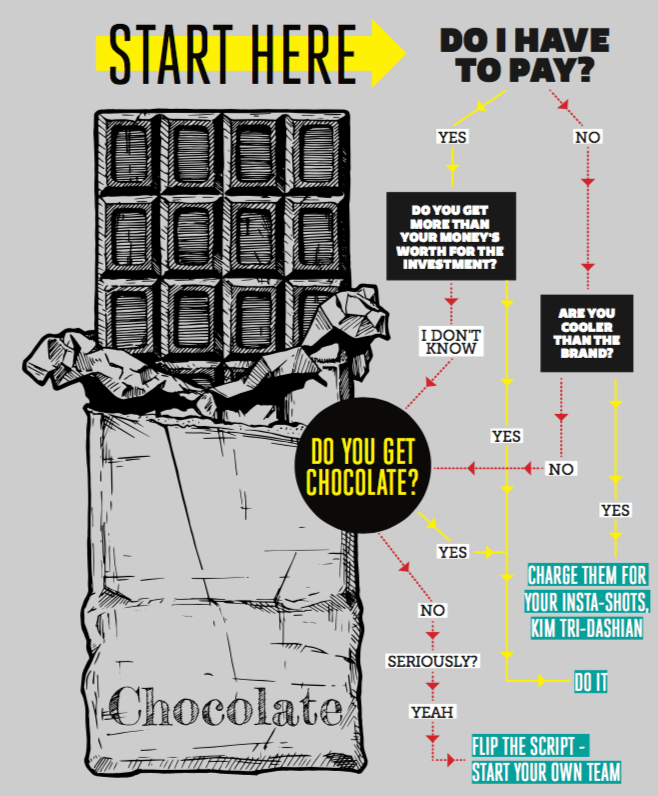 With Kona in Sight, Chelsea Sodaro is Rediscovering Her Fire